Why writing rules in American TV 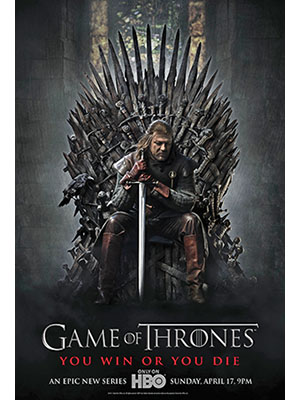 Golden age: HBO’s Game of Thrones is writer-driven and has a massive, movie-scale budget

At one low point in my life, while dreaming of a career in film, I found myself working for UTV in the early ’90s, in an airless basement office off Haji Ali. I wrote comic lines for the motormouth host of a game show to do with snakes and ladders. After I had sat up all night in the office writing his “ha ha” lines for a shoot the next day, my boss tore his hair out and exploded, “Oh no, Meenakshi, what a waste! This is intelligent humour—we just need banana peel humour for TV!” I skedaddled out of television soon enough.

Luckily for many Indian film writers, the situation is much better now. Films with superb or innovative scripts, including Queen, Dum Laga Ke Haisha, Vicky Donor and Kabul Express (Hindi), Court (Marathi), Jigarthanda (Tamil), Chappa Kurishu (Malayalam) and Chotoder Chobi (Bengali), are finding appreciative audiences. Although it is common for writers to work for both film and television, Indian film writers tend to look down on those scripting for television. The situation is quite different in the US, where writers are migrating from film to television because the latter offers greater narrative flexibility.

Some of these television writers are calling the shots and even hiring directors—can you believe it? American television has been enjoying a golden age, with good writing; from older serials such as The West Wing (1999-2006), The Sopranos (1999-2007) and The Wire (2002-2008) to House of Cards (2013 and running). Hollywood film directors like David Lynch, Steven Spielberg and Oliver Stone have made mini-series or documentaries for television while Steven Soderbergh’s Behind the Candelabra (2013), produced by HBO Films after the big studios turned him down, even opened at the Cannes Film Festival.

“Many TV series are made and controlled by writer-directors on US television,” said Christopher Keyser, president, Writers Guild of America-West, a labour union representing writers creating content for television, film, news, documentaries, animation, the internet and mobile phones. He was speaking at the media and entertainment convention, FICCI Frames 2015, in Mumbai, where he also conducted a screenwriting workshop. I’d like to share fascinating insights from his lecture, because his role as a writer is unlike that of any writer I know in India: “Writers are not secondary in American television. TV shows are created, written and run by writers,” he said. “As a writer, if I have an idea, I pitch it to a network. Writers spend a lot of time producing shows that they sell to the studio or network. The writer, as the producer, decides the budget, has the final cut in the edit, and chooses the music. Or, he hires other writer-producers and the group develops all the scripts, budgets, etc. As a writer, I am an executive producer or co-producer; I can also be a director, or hire a director. We are the hyphenates. It’s a good system and works well as we have a larger perspective. After all, the power of the writer is the power to make characters coherent.” 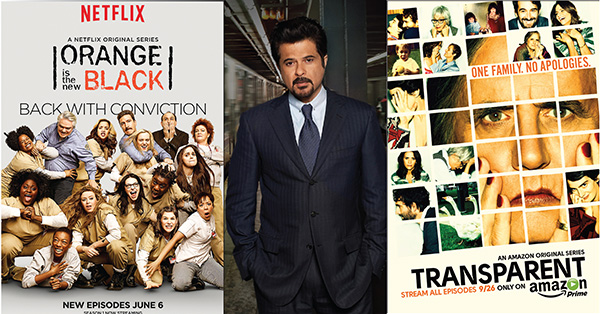 Writing for quality TV: (From left) Orange Is The New Black first released on Netflix; Anil Kapoor in the Indian 24; and Transparent which won a Golden Globe

Whereas earlier American TV serials tended to be episodic, the ’90s ushered in ‘cheap’ cable TV shows, as well as premium shows on HBO, the pioneering American cable network.“It led to the novelisation of television,” Keyser explained. “TV serials like The Sopranos or Breaking Bad (2008-13) are like a single book. They free up the writer to tell stories he couldn’t tell before.” The film business focuses on blockbusters, reducing the scope to develop your story. “Studios tell you what to write. They chart their release schedules for the next three-four years, mostly consisting of blockbuster sequels and movies based on comic strips,” Keyser said. “Also, American movies are made for global audiences, so you can’t do comedies or sports or politics that a global audience may not appreciate. All this makes it a very limited range for a writer. That’s why a lot of film writers have moved to TV, where the narrative scope is much better. Take Game of Thrones (the popular HBO fantasy series that was nominated for a Golden Globe for Best Television Series­ Drama). Its budget rivals that of any movie budget. American TV looks and sounds like the big movies. It is able to reflect local cultures globally, which films don’t. The cost of distributing them worldwide is marginal, so there can be huge profits, which is good for writers.” And although the American TV series 24 (featuring Anil Kapoor as President Omar Hassan) was primarily written for an American audience, it has spawned an Indian version, also called 24, produced by Kapoor.

With broadband internet, audiences are accessing—and binge-watching—TV shows anytime, and Amazon, Netflix and Hulu are all in the game. One of the most popular TV serials, Kevin Spacey’s remake of BBC’s House of Cards, was released by Netflix, the streaming video service, online, not on TV. Orange Is the New Black (2013) is another American comedy-drama series that first released on Netflix. Transparent (2014), an American comedy-drama television series produced by Amazon Studios, was the first from a streaming video service to win the Golden Globe for Best Television Series.

According to Keyser, American writers have negotiated to ensure that their pay scales in new media are the same as in old media. He lists the revenue streams of the writer-producer hyphenate in the US: Minimum fees for the script—negotiated every year; weekly fees for writer-producers for other (non-writing) work, plus additional fees for every 12 episodes; residual fees for re-runs (a minimum basic for all writers); and if the writer invents new characters, he gets paid when the character gets used. “So writers spend a lot of time producing. It is a pretty good way to earn a living,” Keyser sums up.

If I had known such a wonderland was possible, I might even have slithered my way up from that snakes and ladders game show.

Meenakshi Shedde is South Asia Consultant to the Berlin Film Festival, an award-winning critic, curator to festivals worldwide and journalist. Her email is meenakshishedde@gmail.com

Tweets by @forbesindia
Eric Nordstrom: The urban archaeologist
Which are the world's top companies?