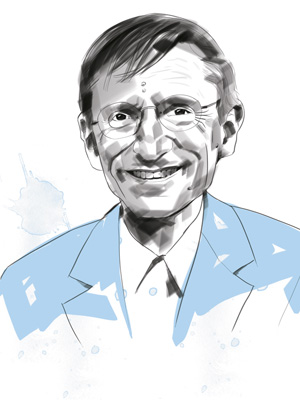 Bill Drayton
The Man: Founder and CEO of Ashoka: Innovators for the Public is often called the ‘godfather of social entrepreneurship’; helped hundreds of entrepreneurs working on social problems collaborate, learn from and support each other; he got the idea of starting Ashoka after he visited India in the ’60s as a 19-year-old and met with Gandhians. He tells us why empathy will be the most important skill going forward.

The Oeuvre: Ashoka is now expanding to the Middle East, Western Europe and East Asia; his formidable network has expanded to over 3,000 entrepreneurs, and his influence is growing by the day. He is also driving Get America Working! and Youth Venture, both major strategic innovations for the public good.

X-Factor: Intellectual, fearless thinker and a crusader for social change.

The Message: It’s not gender, it’s not race; it’s whether or not you’re a changemaker that determines whether you will be a success or failure.

The Hypothesis
Change is accelerating exponentially. So are the numbers of changemakers and the combinations of changemakers. These forces reinforce one another, and cannot be stopped. Initially, this challenge strengthened the world organised around repetition. That created the Henry Ford school of scientific management. But that way will no longer work. Institutions characterised by rule and walls cannot compete against new, fluid organisations like Google.

So What?
The rules of this new world are still undefined. They are in a state of flux and as the world becomes more complex, the original rules don’t apply. In this world, where value is first in contributing to change, people need different skills. They must master empathy first; it is the foundation of everything else.


Throughout pre-history and the brief few millennia of the historical era, human life has been defined by and organised around repetition. Children and young people grew up by learning a body of knowledge and associated rules. Then they would be fine, since all they would have to do is keep repeating, be they bankers or bakers. Institutions have been designed for efficiency in repetition, be they law firms or industry’s assembly lines. They have limited, largely vertical nervous systems and characteristic high walls, which reflect and serve their task of efficient repetition.

Then, three centuries ago, business did something extraordinarily radical: It said, if anyone has a better idea and implements it, we will make that person rich and respected—and we will copy him or her. This seemingly simple challenge set in motion a set of forces that are now transforming the strategic and ethical environment facing every leader and manager.

It is a mathematical fact that the rate of change is accelerating at an exponential rate. So is the growth in the number of changemakers, and in the combinations of changemakers. These three forces reinforce one another, and they cannot be stopped. Initially, this challenge strengthened the world organised around repetition. “Scientific management” and Henry Ford led and exemplify this stage.

Now, however, the tipping point—when the old way of doing things will no longer work—has quietly, but decisively stolen up on us. Hierarchical institutions characterised by rules and walls cannot compete against the new organisation, the fluid and open team-of-teams needed to contribute to an ‘everything changing, everyone a changemaker’ world. This new world is already here. Consider the Silicon Valley ecosystem and, more particularly, how Google is organised around many hundreds of small teams of innovators.

In this team-of-teams world, where value is first in contributing to change, people need different skills. They must master empathy, teamwork, the new leadership, and changemaking first. Only then will they be able to put their knowledge to work. The most important of these skills is empathy. It is the foundation for everything else.

It is no longer possible to help and not hurt people and groups by working hard to obey the rules. As change accelerates and as the world becomes more complex, the rules cover less and less. They have not been invented. They are changing. They are in conflict. Anyone living only by rules-based ethics will unavoidably hurt others and disrupt groups—and be thrown out regardless of how much they know. This is the root cause of most of the world’s marginalisation of individuals and groups. 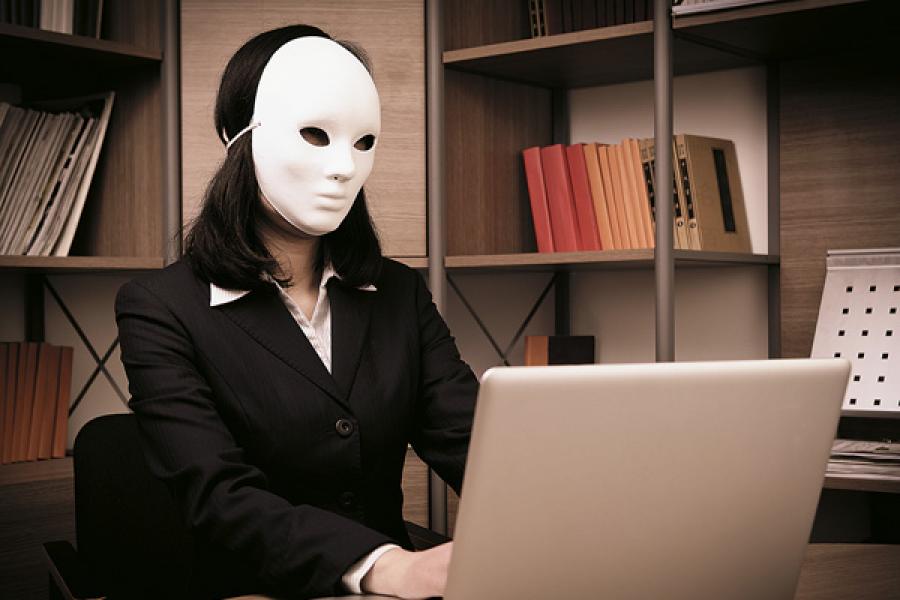 Image: Getty Images
However, society and business remain deeply dependent on the old rules-and-enforcement system. This both hurts their people and makes it all but impossible for them to behave ethically. No multiplication of rules or managers, administrators, accountants, and police will prevail. Accelerating change, and more and more groups complexly and fluidly linked together, doom any rules-and-enforcement approach to ethics. No wonder corruption is so rampant across the globe.

Rules will still be useful, but only as supports to the newly central empathy-based ethics. First, individuals and groups must be hugely skilled at understanding all the people around them, individually and in varying group contexts, many layers out and into the future. Then they must use this understanding to guide their actions. This is not a simple thing.

Knowing how to employ empathy-based ethics moves quickly on to (1) teamwork, (2) the new ways of leading required in teams-of-teams of changemakers and (3) using all of this to contribute importantly to beneficial change. None of these later steps, however, will succeed unless everyone involved is a self-guiding master of empathetic ethics.

Which is to say that no business can succeed in the ‘everyone is a changemaker’ world unless it works hard and consistently to ensure that all its people have this core capacity and inner commitment and unless every aspect of the organisation—from strategy to systems, from culture to architecture—is strongly aligned. If a company’s goals, for example, are not carefully and clearly designed to serve the good of all, how will it encourage its people to perform for the good of all (this is the iron inner logic of empathy-based ethics) or retain those who are guided by this hugely powerful gyroscope?

The key factors for success for any business (or other organisation) going forward will be: What proportion of your people are changemakers, at what level, and how effective have you been in enabling them to work together and openly to the world? No leader will succeed against this test if he or she is not doing everything possible to ensure that every member of his/her team is brilliant in applied empathetic ethics and if the organisation is not meeting the same test.

Companies invest heavily in helping staff members learn technical skills. How many are investing in empathy-based ethics? How many recognise that they must transform the company from an institution designed for efficiency in repetition to a fluid team-of-teams to survive? From a place where people are to be controlled like machines to one where they must be powerful changemakers who serve the good of all guided by empathy-based ethics.

This is one of those very rare transitions that is so big that the only safe—let alone advantageous—positioning is to be ahead of the curve. This is as true for a city or country as it is for a company. The readers of Forbes India have the greatest gift: The ability to give, to express love and respect in action.

Have we all committed ourselves to make sure that this most wonderful of all gifts is one that enriches the life of every person, not just the comfortable circle of our one percent? To deny any human the ability to be a fully-contributing part of society is the ultimate cruelty. It is also an express one-way ticket to the failure of whatever company or community is involved. How can India or an Indian company, for example, compete in a world where everyone is a changemaker if only a few percent of India’s population are changemakers? Every other country, be it Brazil or Nigeria or the United States or Poland, faces this same challenge.

A 15-year-old young woman from Philadelphia said something after a dinner for Ashoka’s Youth Venture changemakers that I will never forget. She got up and said: “I get it. It’s not gender, it’s not race; it’s whether or not you’re a changemaker that determines whether you will be a success or failure.”

The right and essential thing for each of us individually, and each citizen group or company now is to commit to make sure that every human being on the planet has both the skills and the organisational opportunities to be changemakers for the good. If the most thoughtful business and social entrepreneurs and leaders do not make this commitment, who will?

Tweets by @forbesindia
Terry Leahy: The Need for Value In Business
William Bissell: Morality Is Not The Responsibility Of Ceos Alone