John Elkington: The Road to Rio—And to Zero 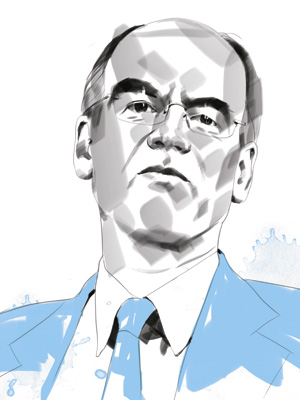 John Elkington
The Man: For more than three decades, the executive chairman of Volans, a company focussed on innovation, has been the foremost proponent of sustainable development and corporate responsibility. He co-founded SustainAbility, a consulting firm that has advised firms ranging from Accenture and BMW to Walmart and Walt Disney. He talks about the three characteristics that make companies that champion the green movement stand out.

The Oeuvre: Gave us the term ‘Triple Bottomline’ – a shorthand to remember a business’ responsibility towards people, planet and profit; has written extensively on sustainability; his recent books focus on social entrepreneurs and sustainability champions.

X-Factor: A sane voice that helps rather than confronts.

The Message: The scale of the challenge is so enormous that we need to take a giant leap.

The Hypothesis
Champions of sustainable businesses tend to grow faster and have higher than average margins for their businesses.

So What?
When it comes to how they break out of the herd, 3 characteristics stand out. First, they consciously set out to turn constraints into opportunities. Second, they embed sustainability into their culture. And, third, they actively shape their business environments for the good of the wider world, rather than out of narrow self interest. Most of the innovators who practice these principles are nowhere as well known as the global brands ranked in today’s sustainability ratings. But the future is shaped by people we have not heard of.


2012 is an extraordinary year in terms of milestones. It marks the 170th anniversary, for example, of the year Karl Marx met Friedrich Engels, though it then took the two of them 6 years to craft the Communist Manifesto. It represents 70 years since the publication of Austrian economist Joseph Schumpeter’s astounding book, Capitalism, Socialism & Democracy, in which he introduced the idea of creative destruction.

And then, fasten your seat-belt, the thing really takes off: In 1962, we had Rachel Carson’s seminal book Silent Spring, which helped launch the modern environmental movement; 40 years ago, in 1972, we saw the publication of the Limits to Growth study and the first UN environment summit; 25 years ago, in 1987, the Brundtland Commission report pushed the concept of sustainability into the mainstream; and in 1992, 20 years ago, we had the first UN Earth Summit in Rio de Janeiro, an anniversary marked this June by the Rio+20 summit, again hosted in Rio.

The focus of the Rio+20 event will be on the green economy and the need for new global institutions to help guide the transition to more sustainable forms of development. Inevitably, the event will also be marked by a blizzard of surveys, rankings and reports. If, like me, you are a consumer of corporate responsibility or sustainability rankings, you will have spotted that the same names tend to appear routinely at—or near—the top of the rankings. So, while I was pleased to see Denmark’s Novo Nordisk top the latest Global 100 Most Sustainable Companies ranking by the Canadian magazine Corporate Knights, it seemed to be another turn of an overly familiar wheel.

But I take comfort from the fact that Novo Nordisk, the world’s leading supplier of insulin, has moved well beyond its still very rare incorporation of triple bottom line (of ‘people, planet, profit’) principles into its charter. It is a leader in such increasingly important areas as energy productivity, carbon productivity and pay equity—the last of these an increasingly sensitive issue in many western economies. More fundamentally still, it argues that access to essential medicines is now becoming a basic human right—and, unlike many companies, it puts its money where its mouth is, selling human insulin to 33 of the world’s poorest countries at no more than 20 percent of the average price it charges in the West.

It was also interesting to see how the analysis broke down in terms of the nationality of the companies listed. The US didn’t do well, with no American business making it into the top 10. The highest-ranking US company was Intel, at No 18, followed by Agilent (59), Johnson Controls (64), Procter & Gamble (66) and IBM (69). Of the 22 countries with companies appearing in the ranking, the UK led with 16, followed by Japan with 11, and France and the US with eight each.

But if you are looking for less-well-known champions of sustainability, you are going to have to look elsewhere. Interestingly, one of the blizzard of reports published in time for the latest meeting of the World Economic Forum in Davos was sub-titled The New Sustainability Champions. Prepared by the Boston Consulting Group, it spotlights 16 emerging market companies showing leadership in this area, based in countries such as Brazil, Costa Rica, Egypt and Kenya. Of these, I already knew of five, indeed had worked for one, but the fact that these companies were selected from an initial pool of over 1,000 contenders suggests that this isn’t simply a case of the usual suspects being rounded up for the latest crop of awards.

In India, there are 3 Indian companies—cement manufacturer Shree Cement, wind turbine maker Suzlon Energy and drip irrigation firm Jain Irrigation Systems. And in China, the two Champions selected were Broad Group, a large producer of air chillers, and Suntech, which supplies a range of solar and other renewable energy products. And the conclusion, for all 16 is that they ‘tend to grow faster and have higher-than-average margins for their industries’.

When it comes to how they break out of the herd, three characteristics stand out. First, they consciously set out to turn constraints into opportunities. Second, they embed sustainability into their culture. And, third, they actively shape their business environments. 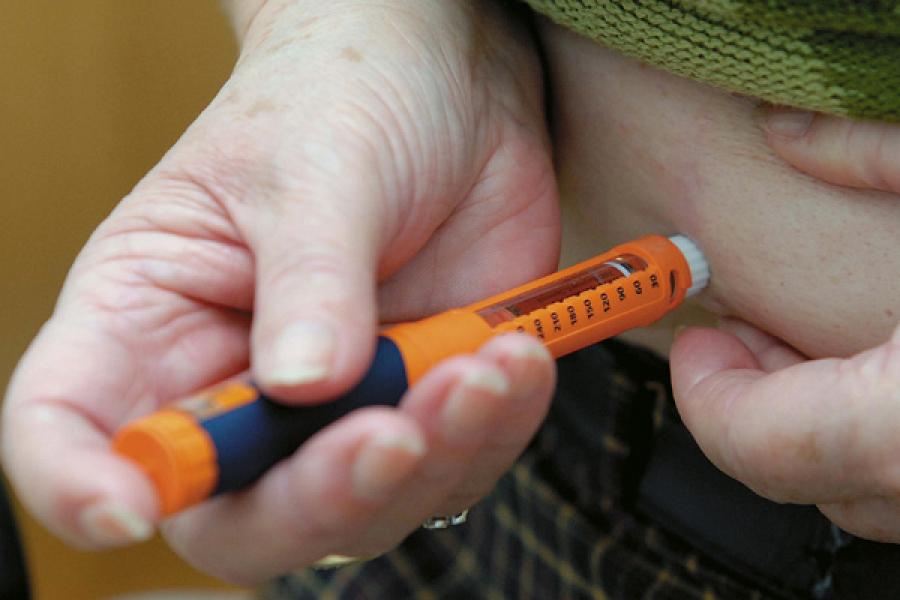 Image: Getty Images
Under the first heading, the champions focus on three key areas. They tackle looming natural resource constraints head-on, they educate their customers on the need to radically improve their resource efficiency, and they provide ways for poorer people to access their products and services. Suntech, for example, helps low-income customers to structure payments for its renewable energy products.

When it comes to embedding sustainability, the New Sustainability Champions again adopt three main strategies. They define clear aspirations and goals for sustainability, using them to galvanise the entire organisation. They integrate sustainability into operations. At Costa Rica’s Florida Ice & Farm, to take a somewhat extreme example, 60 percent of the CEO’s salary is now linked to the triple bottom line. And, third, such companies engage their workforce. Natura, in Brazil, specifically trains its managers in how to turn social and environmental challenges into market opportunities.

But the third area identified among the New Sustainability Champions is that they actively shape their business environments, for the good of the wider world—rather than out of narrow self-interest, as is the case of so many other companies. They influence policies and standards. Brazil’s Grupo Balbo, for example, has been lobbying to turn the entire sugar industry into an organic sector. They partner, often working with other companies, with NGOs and with other actors to break down barriers to change. And, by no means finally, they work hard to build greater awareness of the challenges and solutions among investors, their customers and the wider public.

Intriguingly, China’s Broad Group has developed a miniaturised device for measuring air pollution—an increasingly hot issue in the country—that can fit inside a mobile phone.  By putting knowledge about air quality right into the hands of citizens, such businesses are helping amplify the societal pressures working for change.

But the scale of the challenge we face—including a world population growing towards 9-10 billion later in the century—is so enormous that even such extraordinary innovations and commitments barely scratch the surface. The scale of our resource addiction was brought home to me when I was in a monastery in Germany recently, taking part in a stakeholder process organised by the German sportswear company Puma. They took a lead recently in publishing their 2010 environmental profit & loss statement.  This calculated that the cost their operations had imposed on the natural environment in 2010 through their greenhouse gas emissions and water consumption was €94.4 million. Such experiments in accounting and reporting are also a small step towards the giant leaps that mankind must now take towards sustainability. So where in the world do we see evidence of where all of this might take us? One example is the Greenpeace Detox campaign, designed to drive a range of toxic materials out of global supply chains.  Exploiting the sensitivity—and competitiveness—of sportswear brands, Greenpeace has been campaigning to “stop industry poisoning waterways around the world with hazardous, persistent and hormone-disrupting chemicals.” Launched in July last year, the campaign spotlights links between textile manufacturing facilities causing toxic water pollution in China, and many of the world’s top clothing brands.

Among those involved, listed alphabetically, were Adidas, the retailers C&A and H&M, Nike and Puma. The end result was something that would have been almost unimaginable a year or two ago. The brands—together with Li Ning from China—have combined forces to launch a Joint Roadmap to push towards the target of ‘Zero Discharge of Hazardous Chemicals’ by 2020.

Achieving the Roadmap will be a major challenge, not least because they often do not control the manufacturing plants that make their products. The brands plan to verify that 9 classes of hazardous or persistent chemicals are not used in their supply chains—and aim to build an inventory of all chemicals used in apparel manufacturing by the end of 2012. Other steps include disclosing the results of all pilots and studies undertaken as part of this commitment, and reporting regularly and publicly on progress, quarterly in 2012 and annually from 2013 to 2020.

Given the potential impact of this initiative, many business people will be monitoring developments very carefully. That is one reason why my latest book, titled The Zeronauts and published in May, focusses on a new generation of sustainability champions—who are pushing towards zero in such areas as carbon, waste, toxics, population growth, pandemics and poverty. Many of the innovators spotlighted are nowhere as well known as the global brands ranked in today’s sustainability ratings, but then the future is often shaped by people we have never heard of.

Tweets by @forbesindia
Harish Hande: India Can Show The Right Way To Do Business
Nachiket Mor: The Business Of Morality