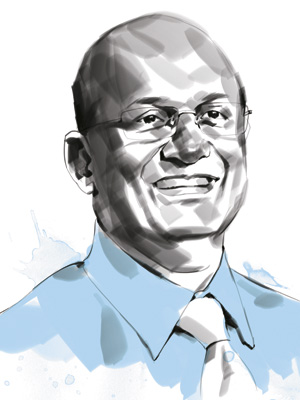 Nitin Nohria
The Man: After he became the Dean of Harvard Business School—the tenth in its 104-year history—one of the priorities that Nohria set for the school is to expand its intellectual, rather than physical footprint across the globe.  He says what’s good for business can and must also be good for society.

The Oeuvre: His 2008 piece in Harvard Business Review on the need for a code of ethics for MBA—like the Hippocratic Oath that doctors take—led to the MBA Oath. A vocal critic of B-school education, he has made Harvard more immersive and collaborative.

X-Factor: The insider who can ask tough questions.

The Message: Business leaders must rebuild trust with society. To do so, they must exhibit both competence and character.

The Hypothesis
If you give people powerful economic incentives to behave in a certain way—and if they can make a lot of money in the short-run—it can be very hard to resist that temptation. Pay for performance plans can push people to act against their normal sense of morality.

So What?
Have the moral humility to know that under some circumstances, the goodness we see in the mirror every day can fail us. Therefore, business leaders must exhibit both competence and character. Competence involves a relentless commitment to making decisions that show good judgement. Character involves pursuing the ethical course even when it is difficult. And be aware of the unintended consequences of the conditions we create for others in an organisation.

As Dean of Harvard Business School, I am privileged to meet amazing business leaders all over the world. Nearly every businessperson I meet inspires me. They are good people—committed to creating value through their businesses, bringing products and services to consumers, jobs and opportunities to employees, profits and returns for investors, and prosperity to their community.  They remind me of my father, a businessman in India, whose example motivated me to pursue a career as a business school professor. As a boy I would travel with him to groundbreaking ceremonies for new plants in desolate remote locations. Years later, when I would accompany him for visits to those same places, they had been transformed and enriched in ways that can only be driven by business and commerce.

Business leaders recognise that the tremendous problems facing people and societies around the world—managing resource scarcity, achieving healthier populations, eradicating disease in poverty-stricken nations, creating jobs, improving access to education—can only be addressed if business plays a vital role. They share a sense of optimism that we are entering an era when capital, labour, products and ideas will flow more easily than ever before, creating unprecedented business opportunities.

Yet society’s trust in business has eroded in recent years by scandals and by behaviour that makes people wonder if business leaders are primarily concerned about their own welfare, even at the expense of others. Why are there so many examples of leaders who seem to have lost their moral compass? Leaders who have destroyed value rather than create it? When I ask business leaders that question, their invariable response is: There are always a few bad apples.

Confronted by examples of leaders who suffer an ethical or moral lapse, our first response is to believe there was a flaw in their character; that deep down, he or she was basically a bad person. That view is part of our larger tendency to sort the world into good people, who are stable, enduringly strong, and blessed with positive character, and bad people, who are inherently weak, frail, or malicious.

In this way of thinking, character is an immutable trait. It’s largely formed at birth or during childhood and adolescence, with parents playing a key role. People who adhere to this worldview believe character is something hidden inside of each of us, waiting to be revealed during adversity or through careful testing. In my view, this is the wrong way to think about it.

Instead, I look at character in the same way we consider wisdom—as a lifelong developmental process. It’s also not as binary as some observers like to think. The world is not divided into ‘good people’ and ‘bad people’. Most people have the potential to behave well or behave poorly, depending on the context. Most people also overestimate their strength of character—a problem I’ve come to think of as ‘moral overconfidence’.

The Milgram experiments, conducted at Yale University in the 1960s, illustrate the phenomenon of moral overconfidence well. Subjects, drawn from all walks of life, were placed in the role of a teacher who is asked to help a learner—really a paid actor—to memorise sets of words. Teacher and learner were placed in separate rooms, but they could hear each other through a speaker. Each time the learner made a mistake, the teacher was instructed to press a switch to administer an electric shock to the learner. With each mistake, the voltage was increased. 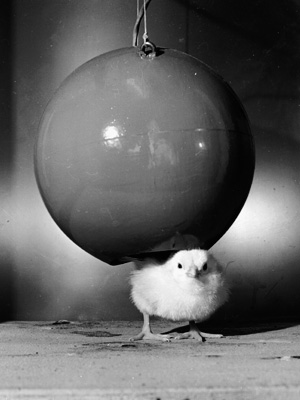 Image: Getty Images
In reality there was no shock being administered, but as the voltage went up, the actor began screaming in pain and banging on the wall. Many of the teachers expressed discomfort giving the shocks, but they were told it was an essential part of the experiment, and they should continue. Despite their misgivings, 65 percent of the subjects kept administering the shocks to the maximum 450-volt level. Milgram’s research offers powerful evidence that obedience to authority—in this case, the person in charge of the experiment—is a powerful force. People will do abhorrent things, even disregarding their own sense of goodness, if they’re directed to and made to feel like they’re just following orders.

It’s also worth pointing out that in the Milgram experiments, a small proportion of people did the right thing, even under pressure. The trouble is, people wildly overestimate their own strength of character, and far more people assume that they’d be in this ‘good’ group than really would be.

When I teach MBA students or executives about the Milgram experiments, I always ask them to raise their hands if they think they’d have stopped delivering shocks, despite the admonition to continue. At least two-thirds of the people say they’d have had the courage to stop—and in some groups, 80 percent believe they’d have behaved well. In reality, the experiments suggest that only one-third would have behaved responsibly.

What lesson can business leaders take from this? If you give people powerful economic incentives to behave in a certain way—and if they can make a lot of money in the short-run—it can be very hard to resist that temptation. Over the last generation, many organisations have begun to utilise very large ‘pay for performance’ incentive compensation plans, and they can push people to act in ways that may go against their normal sense of morality.

And it isn’t just CEOs who are susceptible. We teach our students a case on Sears Automotive Centers, which once decided to pay commissions to mechanics based on targets for various kinds of car repairs they completed in a given month. If they reached a certain target number they were paid an extra bonus. If not, they got nothing.

You can guess the outcome. By the last week of every month, every customer who came in was told they needed a brake job, if that was the target that was still unmet, regardless of what they came in to have repaired. The mechanics got their bonuses and Sears got into trouble for having authorised millions of dollars in unnecessary brake repairs.

The more general lesson the Milgram experiments and the Sears case teach us is that we should be cautious about sorting the world into mostly good people and a few bad apples.  We should have the moral humility to know that under some circumstances, the goodness we see in the mirror every day can fail us. Like the subjects in the Milgram experiments, we can act in ways that betray our own moral sensibilities.

Therefore, we must always be vigilant, and develop the ability to recognise and resist the situations in which we might behave in undesirable ways.

Beyond being personally vigilant, we also have to think carefully about the unintended consequences of the conditions we create for others in the organisation. Sears’ leadership was not intentionally trying to encourage unethical behaviour by their mechanics. Yet, the incentive scheme they created had a lot to do with the unethical behaviour that resulted. As architects of their organisation’s practices and culture, business leaders have a large influence on the ethical or unethical conduct of their employees.

Business leaders must rebuild trust with society. To do so they must exhibit both competence and character. Competence involves a relentless commitment to making decisions that show good judgement. Character involves pursuing the ethical course, even when it is difficult. It requires the moral humility to know that we can all be led astray and through that attitude to find the courage to stay true to our values. Above all, business leaders must apply their competence and character to create value for society.

The concept of what it means to be a good business leader can be readily renewed if we rediscover a simple, yet important, idea: What’s good for business can and must also be good for society.