Canadian entrepreneur Ken Valvur did not worry much about Thunderbird’s foreign language requirement when he arrived on campus as a young MBA student. Valvur had studied French at the University of Toronto and planned to continue with the same language.

“It seemed like a very practical thing to do,” says the 1988 Thunderbird graduate.

Then Valvur met his new classmates at the Thunderbird Pub. Many had pushed themselves to learn exotic languages outside their comfort zones, and Valvur was impressed. 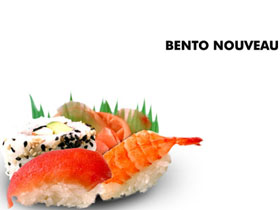 He saw financial services as his ticket to an international career, and the only financial center in the 1980s that did not use English as its official language was Tokyo. So Valvur plotted a new path that night at the Pub.

“On pure commercial grounds, I picked Japanese,” he says.

The decision has paid off for Valvur, who eventually returned from an expatriate assignment in Tokyo with the inspiration for Bento Nouveau . The company, which Valvur founded in 1996, sells more than 10 million servings of sushi per year in Canada and parts of New York.

Valvur sold control of the enterprise to a private equity group in 2007 and is now exploring other plans, including a possible saké brewery in Ontario. He says the key to success in any venture is to find market gaps that others overlook and to fill these gaps with products and services that make people’s lives better.

A global mindset allows global leaders such as Valvur to connect the dots between markets and to recognize gaps that may exist in one region but not another. Global entrepreneurship is the ability to convert this knowledge into actual innovation that creates value for society.

“A lot of what makes a successful entrepreneur starts with the desire to be independent and to create value,” Valvur says. “Even within a corporate setting, there are many who become intrapreneurs, who are the ones generating new business ideas within their large organizations.”

Betting on Sushi
Valvur arrived at Thunderbird with two objectives. The first was to develop international business skills so he could live and work abroad. The second was to start his own company.

“I was always a hard worker,” he says. “I thought that the best way to reap the benefits of my hard-working nature would be to have my own business.”

The work ethic is one thing Valvur inherited from his parents, who left Estonia as refugees and settled in Canada.

Valvur included Thunderbird in his plans after reading a book on the globalization of Canadian banks. Former Thunderbird finance professor James Mills, Ph.D., had edited the book and written the first chapter.

“Once I saw where this professor came from, I did some more research and found out about this school,” Valvur says.

His first taste of sushi came about one month into his Thunderbird education, when his Japanese class visited a restaurant near campus in Phoenix, Arizona. Valvur followed this experience with an entire trimester in Tokyo through a Thunderbird program at the Institute of International Studies and Training.

“I was in this beautiful dorm,” he says. “Every morning I would open the curtains and see Mount Fuji in front of me.”

After graduation, Valvur joined the international investment banking team at Canada’s Scotia Capital. He trained in Toronto and London and then took an assignment in Japan that eventually led to Bento Nouveau.

Valvur says most of Japan’s office tower workers eat lunch right at noon, which creates a rush of customers in the dining areas below. He says many times the elevators would be crammed with so many people that he would have to wait for three or four doors to open before he could find enough room to step inside.

Restaurants with limited seating responded to the congestion with high-quality box lunches, which workers could take to their offices or nearby parks.

When Valvur returned to London, he saw that some entrepreneurs already had found success with similar models in that market. But nobody had tried the sushi experiment in Canada.

Falling 68 Floors
By this time Valvur had worked in international capital markets for eight or nine years, and his wife was ready to return to Toronto. Valvur agreed to the move — on the condition that she would let him quit his lucrative position in the corporate world and start his own venture.

When Valvur left Scotia Capital, he was working on the 68th floor of a Toronto office tower. “It was a beautiful room with a view all over the city,” Valvur says. “You could see Niagara Falls from there.”

Bento Nouveau opened its first sushi outlet a short time later at the concourse level of the same office tower. Valvur says former colleagues would come down to eat lunch and congratulate him on his venture. But many did a poor job disguising their skepticism.

“In the beginning there were a lot of doubters,” Valvur says. “That’s for sure.”

His box lunch business began expanding to shopping malls and other office towers, just like Valvur had projected. But a surprise boost in revenue came when supermarkets agreed to let Bento Nouveau open sushi counters inside their stores.

“I had no idea it was going to take off in the supermarkets the way it did,” he says. “Now the bulk of Bento Nouveau’s business is through supermarkets.”

By the time his venture attracted the attention of private equity investors, the venture had spread to more than 300 locations coast to coast.

Friends, family members and former co-workers who expressed doubts in the beginning started to adjust their opinions.

“Over the years it was fun to keep contact with everyone,” Valvur says. “They saw that it was actually a pretty good thing to do.”