Teaching a child to count: 4 Ways to raise a budding entrepreneur

Entrepreneurship has the same trajectory as life; constant ebbs and flows 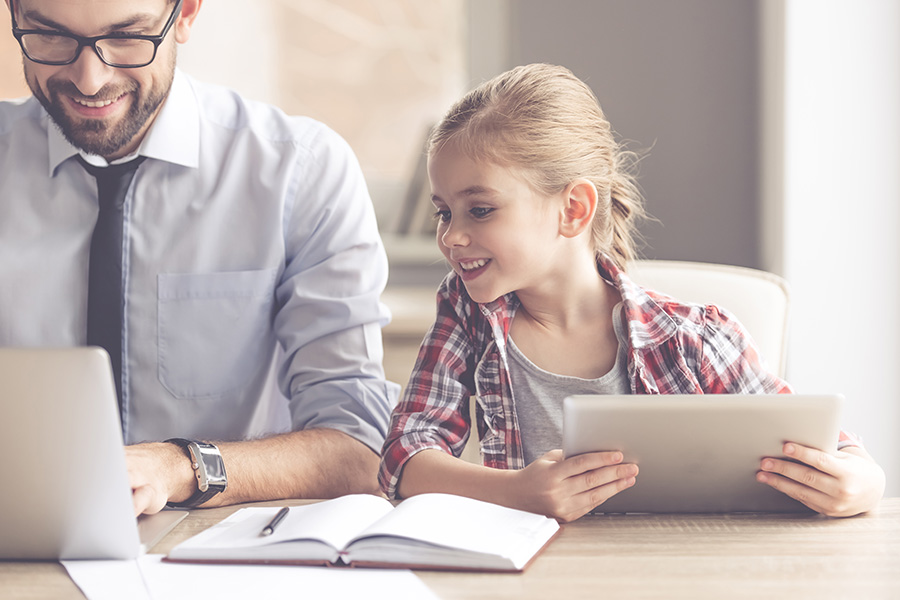 It’s always been a goal of mine as a parent to teach them about entrepreneurship to best prepare them for life. Why? Entrepreneurship has the same trajectories as life. Ebbs and flows. More questions than answers. Successes and setbacks.

So, even if my children don’t start a business one day - which I’d love for them to do - at least they’ll be prepared for the game of life.

Here’s how as parents, my wife and I are attempting to raise entrepreneur children.

Conclusion: If we’re going to raise entrepreneur children, we as parents need to be entrepreneurs - someone who organizes and operates a business - as well.

It’s important for parents to be entrepreneurs because kids inadvertently live their parents careers. They experience parents coming home late or stressed. They feel the feelings parents have for their career. And, best of all, kids sometimes get to visit the office.

I often take my kids to the office outside of office hours. But recently, when my 2-year-old daughter announced, “Daddy, I want to go to your office.” I Googled when “Take your daughter to work day” was … and it happened to be the next day.

So, the 5-year-old and 2-year-old spent a half day at the office, passing out doughnuts to the team, participating in select meetings, retrieving the mail, and shredding things that needed shredding.

2. DIY
Do it yourself. That’s the mentality that entrepreneurs have in the early stages of a startup. And, the same traits can be taught in children when they’re asked to DIY it.

Clean up after yourself. Make a sandwich. Do your chores. Dress accordingly. Wipe your butt.

The results - as most parents know - are sometimes disastrous. But, the struggle teaches kids they can do anything themselves with some effort. That sense of belief in yourself is exactly what an entrepreneur needs to succeed.

The more parents can encourage kids to do stuff themselves - and to stop answering to the all the “I want, I want, I want” demands - the more children can rely on themselves to find solutions and make stuff happen.

3. Support Curiosity
Curiosity - and the fearlessness of pursuing curiosity - is key to entrepreneurship.

Kids are fearless and curious. It’s up to us as parents to nurture those strengths and hope that they are retained into adulthood.

A great way to do that? Say yes to just about everything.
This is exhausting to do, and sometimes isn’t realistic to pull off (just imagine if you really said “yes” to every curious whim of a toddler). But then again, just imagine if you said no more often than yes.

It’s possible to pull off if you make time for the kids, and aren’t distracted by bringing work home or are preoccupied with other things. Put kid curiosity first, and you’ll reinforce the traits of curiosity and fearlessness. Easier said than done ...  the challenge of parenting.

4. Start an actual business
Why wait until later in life to help a child an entrepreneur? We decided that our son would be an entrepreneur at age 2. His business? Selling fresh backyard chicken eggs.

Sounds a little insane, but we built a chicken coop in our backyard and filled it up with eight chickens to support this vision of starting a business. Our son named all the chicks - ranging from Cereal Game to Big Black - and began raising them by cleaning the coop and feeding them.

Then, one day, a chicken laid her first egg. A few years later, our son has made over $500 selling eggs to neighbors, friends, family, and even people on Craigslist. He’s hustling.

The beautiful thing? He’s started up another business to support the egg biz, employing his 2-year-old sister to sell water, eggs, and homegrown veggies to runners on the bike path near our house. Together, they’ve netted over $100 in a couple of weekends of operation.

Their next bright business idea? Re-selling golf balls to the golfers who hit errant shots.

Parenting is hard, but it sure gets easier when you’re excited about it. The thing that gets me most excited about being a parent is seeing my children succeed, grow, and push the boundaries of exploration - all potentially achieved through entrepreneurship.

Hopefully, all the effort will have a positive ROI on their lives. Obviously, it’s already been worth it for me.

Brett Farmiloe is the Founder & CEO of a digital marketing company and an advisor to Organizational Leadership Degrees. Some career highlights include helping the actor Hugh Jackman launch a charitable coffee company (acquired by Keurig), and delivering over 100 speeches from Alaska to Miami Beach around leadership and careers.

Tweets by @forbesindia
Exclusive: Your chicken burger is not 100% chicken
Trump's secret windfall