There is no doubt that Google has become a behemoth in the business world, but can they take on China and Baidu – the Chinese Google?

It is no secret that China represents one of the largest economies in the world and is an emerging giant. Nearly every multinational corporation in the world is trying to figure out how to leverage its position in China and capitalize on the bottom of the wealth pyramid. While China obviously has tremendous potential, it is no secret that the Chinese government keeps a tight grip on the information publicized to its citizens. Likewise, it carefully monitors and restricts the companies it allows into the Chinese market. With so many companies vying to successfully navigate the sea of censorship that is China, why is Google pushing China’s buttons?

One possible reason is the reality of Google as a global brand.  Some suggest Google’s brand-name recognition is equivalent to that of Coca-Cola.  It’s testimony to its popularity is the phrase “Google it”, which is quickly becoming common vernacular around the globe.  There is no doubt that Google has become a behemoth in the business world, but can they take on China and Baidu – the Chinese Google? 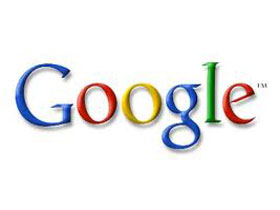 In a world where the internet pervades societies and delivers a plethora of informational solutions, China yanks the plug.  It restricts public information within its national boarders.  Inside China, searches for certain political information, adult and/or sexually oriented websites, and even terms of profanity will yield few results, if any.  However, it appears that Google is flexing its brand-name muscles in China.  Google’s decision to work outside of the censorship parameters has received substantial negative press from the Chinese government.  The result is a redirect of the Google search page to Google’s biggest competitor, Baidu Inc.  Baidu was established in 2000 and built upon Google’s open source technology.

In the same year as Baidu’s birth, Google localized in China supplying users with two versions of its search engine in Chinese (one in traditional Chinese and one in a simplified form of the language).  Four years later the company launched Google News in simplified Chinese and Google China was officially established in April 2006.  In initial efforts to customize – and step outside of customary Google boundaries – the company called itself Gu Ge which, in Chinese, means “the song of the seeding.”  This is the only non-English name for Google, and also the only physical server located outside of the US.

To enter the Chinese market, Google was willing, at least initially, to censor its search results in order to receive the proper business license required by Chinese law.  In January 2010, however, Google announced that it would consider closing Google China because some email account information was stolen by hackers and because Google did not want to censor search results any longer.  If Google did not comply with the strict censorship guidelines, they would not pass the ICP business license annual inspection, and Google would have lost the permission to operate in China. In contrast, Baidu was effectively applying Google’s technology, and doing so within the governance and laws of the Chinese government.

The Google negotiation with the Chinese government continued, but by March 2010 they could not come to agreement. Google then stopped censoring search results and switched its server from mainland China to Hong Kong.  All search attempts to google.cn were automatically redirected to google.com.hk.  The redirect did not solve the disagreement and the Chinese government continued to threaten operations in China.  As of mid July 2010, google.cn stopped redirecting to the Hong Kong site, but continued to allow this uncensored option as a link, which was sufficient for the Chinese Government.

While Google was busy battling with the Chinese government over censorship issues, Baidu has been quickly gaining market share.  Google’s on and off strategy over the past six months has allowed Baidu to grow from 67% in Q1 to 71% in Q2 in the Chinese search engine market.  Baidu continues to innovate obsolesce itself, for example with mobile applications, capitalizing on its competitive advantage before Google can regain lost ground.

In order to maintain competitive advantage, a corporation must keep innovating and upgrading.  Google had a very clear vision about how to transfer its US competitive advantage into China, and switch its disadvantage into an advantage.  Google prepared itself by establishing hardware and software before entering China.  Therefore, Google initially did well in customizing and capitalizing on the competitive advantage.  Google developed several Chinese focused products, including Google pinyin (the primary way the Chinese type the Chinese characters), Chinese living research, and hot lists for books, music, etc.  Google also cooperated with many local leading companies in China; for example, Google partnered with Kingsoft (the leading translation software company) to develop language translation software. Google also teamed up with music websites to supply free music download services in competition with Baidu.  Despite these strategic advances, censorship remained a constant issue.

The problem of censorship bristles against Google’s global philosophy and, instead of sustaining competitive advantage in China, results in loosing the competitive battle.  Google is realizing that it cannot effectively compete in China due to limited talent resources, censorship and the fact that Baidu has been competing effectively in that environment since their inception.  Furthermore, Baidu is not only an effective local competitor, they have now grown to become the number four search engine (by volume with 3%) in the world, only surpassed by Google (85%), Yahoo! (6%), and Bing (3%).  Granted, they have a long way to go to overtake Google globally, but they have managed to capitalize on the differences in China, leverage source code from Google to build the most popular search engine in China, and severely constrain Google’s China operations in the process. The problem is complex and in no way able to be resolved quickly.  In China, the culture is traditional and conservative; to open the door wide to Western culture is not a quick or easy step to take.

Google attempted to structure its China subsidiary by presenting an image of a Chinese oriented subsidiary.  It staffed Kai Fu-Lee as president, positioned itself in the heart of Beijing, and took on the massive task of translating Mandarin.  Google also implemented a cadre of expatriates and Chinese nationals.  The subsidiary appeared to empower country managers.  Yet, Google could not forget their administrative heritage and did not partner with China with a “learning” mentality.  It did not integrate management and teams in the start-to-end process.  Unfortunately, Google could not shed its US based hierarchy structure and configuration.  In a Forbes.com article, author Shaun Rein notes that “Taking a business model from the US and bringing it unchanged to China doesn’t usually work.  Google’s way probably can prevail in, say, Zimbabwe, but not in China.”

As a result of the US model impediment, Rein also states that “Google slowness to create new China-friendly services allowed Baidu’s [localization] to surpass it.”  Google, failed to effectively “think globally, act locally.”  The company follows a model more UN- or HQ-based than one of dispersed responsibility.  Its subsidiary is not quick to respond locally, nor is it self-sufficient.  The subsidiary is entirely reliant on decisions and mission from headquarters.

The drawbacks of Google’s UN/HQ based model closes Google to ‘rock the boat’ mentality.  This mentality is what formed and shaped Google to date.  The mission and vision are inconsistent and the integration from HQ to subsidiary and global image is suffering.  Google cannot remain a US company fighting the Chinese government’s regulations and win against Baidu.  However, while the US driven strategy and decisions hurt Google, it also contrarily protects Google.  Google will more easily have a reason to escape China if it morphs into a black hole.  Additionally, there is less loss in assets, due to lack of dispersion in China, and resource costs, as the offices are small and staffed with Chinese.

Google did not, and is not, leveraging its subsidiary, but rather managing.  Now it’s becoming an even finer line between the Chinese subsidiary being a strategic leader for Google, or a black hole.  Originally, China was strategically important; Baidu had a negligible presence. Baidu increased customization which drove popularity.  Now the Chinese subsidiary appears more like a black hole.  While Google is there for a strategic purpose and the juicy market, it’s losing its grip on market share.  China’s censorship and Baidu’s presence make China a market Google wants to maneuver out.

Google needs to quickly change its managerial initiative, motivation, and capability in its overseas operations to respond imaginatively to diverse and fast-changing operating environments.  Baidu’s strength is its localization.  Google must throw far more resources into the customization and succumb to Chinese censorship laws, or reevaluate its position, its license, the impact of ICP protocols to date and for the future and then an exit strategy.

What we see in the case of Google’s efforts to enter the Chinese market is something that happens all too often; a huge, global company fails to adequately humble itself when entering a new territory that, while it boasts great promise of explosive growth in market share and revenue, it’s also a unique environment that in many ways is fundamentally contrary—even hostile—to the principles upon which the company is built.  Consider Wal-Mart’s failed endeavors in Korea,

Toys-R-Us’ botched entry into Sweden, and even Coca-Cola in India.  In one sense or another, all of them made the same fundamental, critical error that Google has:  They tried to enter a new market without thoroughly considering all of the potentially disastrous pitfalls that, at best, could be very costly and, at worst, end in failure and permanently damage the company’s brand.  While Google seems to have recognized the error, they continue to wrestle with the Chinese government in order to force their operating model to work in China.

Maybe they’ll ultimately succeed.  Despite the protracted struggle between the two seemingly unstoppable forces, at the moment Google’s China site appears to be operational.  Clearly the situation is fluid, and the ultimate outcome is uncertain.  What is certain is that the Chinese government is not likely to give up its hard-won control over information in its country.  Likewise, Google is not likely to give in to government control without continuing its fierce battle for the free flow of information worldwide.

Tweets by @forbesindia
India Or China: Raghav Bahl and Yasheng Huang Speak Their Mind
Winners Get Rid of Non-Performing Stocks