The Second Coming Of The Internet Bubble?

Today’s entrepreneurs are in a feverish discovery mode of high technology and Internet business applications. Some startups will misread the potential of the technology and will take wrong turns

Some financial bloggers and other market analysts predict gloomy days ahead for the high technology industry. The Economist and Financial Times both published recent posts suggesting the “second coming” of the Internet bubble. But closer analysis casts doubt on this hypothesis.

Pricing patterns
One historical feature of asset bubbles from the 1630 Dutch tulip mania to the recent housing collapse is ascending prices of assets and futures contracts prior to a radical drop. 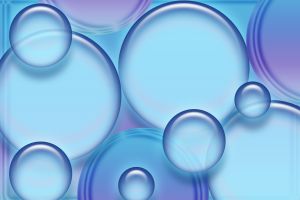 The above graphs do not match the reality of today’s high technology industry. “Digital staples” such as Pandora and Linkedin lost value immediately after their initial public offerings, similar to what happened with Baidu, Renren and other Chinese IPOs. But these tales of deflating prices will likely sober any “irrational exuberance” for upcoming IPOs from companies such as Zynga, Groupon and Facebook. Prices have declined, but without the huge run up that marks a true bubble.

Interest rates for 30-year Treasury bonds hovered around 6 percent in the 2000s and sit today at about 4 percent. This is significantly lower than the U.S. historic mean of 7.3 percent. Low interest rates in the 2000s fueled huge credit availability in all economic sectors, which increased the money supply and pushed demand for assets — in this case, high tech startups — raising prices.

In today’s recession, low interest rates are merely pushing the demand in the domestic front, barely keeping GDP positive as banks repair their overleveraged balance sheets. Credit markets are still fragile. Transactions fueled by cheap credit in the past are virtually nonexistent today. As a consequence, prices are not being fueled by the largesse of the Federal Reserve, but by “hard” equity investors.

Cultural shifts
Since demand is driven by “hard money,” the players in Palo Alto are different this time around. Many of them made their millions on the first bubble.

Caution with their own money and sound business planning now prevails.

Moreover, the Silicon Valley/Alley and the U.S. culture digested the recent experience of the first tech bubble and the real estate bubble, making clear for investors that there must be a business model —fueled by real cash — somewhere. Esoteric metrics are not accepted any longer. “Income before expenses” does not make the cut. Investors want to see the cash.

Microsoft and other high tech leaders learned from the dot-com bubble and now use a portfolio management approach to grow their investments.

This is usually managed through research and development budgets. Corporate “strategy and venture” offices are revitalized and hiring. One interesting case from the 2000s bubble is Mexican building materials leader CEMEX. In the early part of the decade, CEMEX invested in several Internet initiatives, including Alterbrain, Construmex, Construplaza and Neoris. Among these, only Neoris has emerged as a winner.

As a consequence of the uncertainty, some corporations invest in multiple companies, technologies and patents as a financial hedge. All those unemployed Wall Street quantitative analysts are now working in Palo Alto.

Portfolio management reduces risk but is not a silver bullet because no one knows exactly which of all their mosaic of investments will bring forward the business model reinvention all corporations seek.

Historical data
All of these indictors must be tempered with a good understanding of history. More than 70 percent of car companies that existed in 1910 were gone a decade later. Every major technological development in business history has brought feverish activity around the innovation, followed by a quick weeding out of underperforming organizations. This leaves only the most productive actors, such as Henry Ford with the assembly line. There is no evidence to contradict this trend.

Today’s entrepreneurs are in a feverish discovery mode of high technology and Internet business applications. Some startups will misread the potential of the technology and will take wrong turns. Remember Betamax?

Some will not be able to “chase the chasm” and get adoption enough fast to catch up with their initial investment and financial responsibilities. Others will succeed, Amazon.com style. Some will be absorbed by other companies. A whole consolidation environment is arising. Nevertheless, overall markets will grow. Sales, employment, production and even valuations will grow.

Despite the significant devaluation of high tech corporations after the dot-com bubble, the overall picture is that the Internet changed our life. And social media is changing it too.

Conclusions
Pricing patterns, lack of credit, relevant involvement of corporations, cultural shifts and historic data all make a repeat bubble unlikely. At Leapfactor we forecast a significant consolidation that will bring blood, sweat and tears. But this will not be a “bubble style” massacre.

Hernan Pisano is Director of Business Intelligence at Leapfactor. Previously he was a partner in a private equity fund investing in high tech startups. His technology career spans more than 15 years serving numerous high-profile clients such as JP Morgan, SAP, CEMEX and Bank Boston. Along with his business career, Mr. Pisano teaches economics and has a Master of Science in behavioral economics and an MBA from Thunderbird School of Global Management. Mr. Pisano may be reached at hernan@global.t-bird.edu.