Yawho? A Giant Trying To Find Its Place On Web 2.0

Yahoo, once the leader in internet services, is struggling to implement a growth strategy to keep up with competitors such as Google and Facebook

“Yahoo has been here for fifteen years. We are the Internet. Unfortunately, we sit in a paradigm that values the new shiny penny,” Carol Bartz CEO of Yahoo!

Yahoo, once the leader in internet services, is struggling to implement a growth strategy to keep up with competitors such as Google and Facebook. Yahoo used to be the portal for Internet users, but over the last 10 years Yahoo’s market dominance has been severely dampened by new entrants. Yahoo announced a reduction in force of about 600 employees this month, or 4 percent of its workforce, the third such action since 2008. 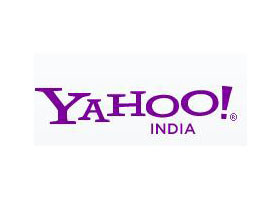 Over the last 5 years, a period in which the S&P 500 remained essentially flat, Yahoo lost 60 percent of its market value while Google, its main competitor, soared 39 percent. In 2010, Yahoo has traded between $12.94 and $19.12, representing a market capitalization of $21.32 billion, or about half of what Microsoft offered for the company a little over two years ago. During the same time period, Google’s stock price has traded between $433.63 and $630.85, and has a market capitalization of $188.89 billion. In 2009, Yahoo generated $597 million of net income, while Google earned about $6.5 billion in the same time period. Most of this revenue is derived from search/ advertising sales. Yahoo may have been in business for 15 years (4 years longer than Google) and believe that they are the Internet, but longevity has not translated in to success for the company in recent years.

Internet users and the media have shifted their attention to newer, more innovative offerings from companies such as Google, Facebook, Yelp, and Groupon. These competitors have generated a significant amount of buzz, which will lead to further erosion of Yahoo’s market share. At the heart of the problem lie changing user behaviors on the Internet. 2010 marked the first year where people spend more time on social networking sites than on search engines. Close to 40% of web traffic is now generated from mobile devices. Web content is now created by hundreds of companies and millions of Internet users through a myriad of groundswell technologies, rather than a select few companies. Yahoo brands itself as a media and marketing company, so it is amazing how little excitement it is able to generate around its properties. While the company has a large and diverse set of online properties, none of them make users say WOW! The company is in dire need of new products to generate buzz and provide cross selling opportunities for the other products and services within its portfolio.

Carol Bartz was named CEO of Yahoo in January 2009 to help turn the falling giant around. Since then, Yahoo has embarked on a number of changes to revamp its operations. Yahoo’s priority is to become a social networking hub, and its management structure has been reorganized to combine Yahoo’s various technology and product groups into one entity. This has fostered consistency and made it easier to meet customer expectations. Yahoo has also sold or dissolved some of its unprofitable properties (Delicious, Buzz, and AltaVista), focused on renewing its communications tools (E-mail, Messenger), and partnered with companies such as Facebook. In 2009, Yahoo and Microsoft signed an agreement which resulted in Yahoo becoming the sales force for both the Bing and Yahoo search engines. This gives the two companies a combined market share of more than 40 percent.

However, after two years with Bartz at the helm, it is still not clear what the strategic direction of the company is. Users cannot clearly articulate what Yahoo is or what the brand stands for. Cost cutting and operational effectiveness alone will not allow the company to thrive. Yahoo needs to reinvent itself, as revenues from aging and less popular properties and its search partnership with Microsoft will decline in the future.

Yahoo should focus on the following strategic issues:

Trade-offs between breadth and depth: Historically, the company has focused on a breadth of service offerings by acquiring an increasing number of properties under the Yahoo umbrella. This strategy worked in the past. Users today, however, access information in a very fragmented fashion and “edit” their own content viewing/ accessing only best sites in each category. For Yahoo’s properties to remain viable, the company needs to be the #1 or #2 provider in each of these categories. Network effects will cause users to shift to the most popular services which focuses advertising dollars on the most successful sites. To compete, Yahoo needs to make trade-offs and further divest/dissolve under-performing properties so that financial and management resources can be focused on a core set of successful properties. For example, Yahoo Games is one of its most popular and successful offerings. A focused strategy to develop this property with an emphasis on becoming the #1 online gaming provider would allow the company to offer cutting edge features and rebuild the Yahoo brand. Yahoo could expand the Yahoo Games infrastructure to make games accessible through mobile phones, PCs/ Mac’s, tablets, and social networking sites. The demand for games is growing rapidly, and Yahoo’s success in this area position the company as a potential leader in this space.
In addition, Yahoo needs to selectively acquire companies to round out its portfolio in their selected focus areas. No matter how talented or large Yahoo’s development team is, it will not be able to compete with the groundswell. Rather, it should acquire or partner with companies and integrate them into their areas of focus. With over $4 billion in cash, and almost $1 billion annually in free cash flow, Yahoo has the financial means to acquire companies that complement its focused offerings such as leading game developers for the iPad or Facebook, or other companies that threaten its market position.

Localization of web content: Yahoo has demonstrated strength in providing localization services across its sites with services such as Yahoo Directory and Yahoo Groups. These products have a regional focus. It owns one of the most comprehensive customer databases in the industry and can match local companies with local buyers. The company also has a localized sales force that can sell any resulting offerings. In addition, hosting and development tools are already focused on small and medium sized businesses which would be the main customer of these services. This provides the basis to develop offerings that are targeted at local markets and smaller companies. These smaller companies cannot compete with the largest corporations to rank high on Google search results or be featured prominently on other large sites. Establishing relationships with underserved business customers would provide much needed focus for Yahoo. In addition, there are many companies who could benefit from the Yahoo localization experience. Recent market entrant, Groupon, has grown significantly since its launch in November 2008 by providing daily deals from local businesses. This is a prime example of leveraging the demand for localized services. Yahoo has significant potential for complementing these services and partnering with companies like Groupon or Yelp to create mutual benefits. Yahoo could leverage and expand its existing advertising partnership, while other companies could benefit from increased exposure to Yahoo’s large user base.

International expansion: Unlike its competitors, Yahoo’s share of revenue derived internationally is declining. Future Internet growth will occur abroad, as the US market is saturated. Yahoo already has the capabilities to publish in over 30 languages and has presence in over 25 countries, so adapting its content and properties to additional global markets should be a natural transition. Expanding internationally will allow Yahoo to expand the market for its existing products, and entering new markets may also provide a first mover advantage that positions the company favorably compared to Google and other competitors. A good example of this strategy is the recent acquisition of Maktoob.com. This Middle Eastern portal is already a leader in that market and has strong content that meets specific local needs. Yahoo can now selectively integrate its existing properties and services into that market. However, the key will be not to simply transform Maktoob into Yahoo Persia, but rather allow the site to remain true to its local market and adapt Yahoo’s services that complement the existing success of the site.

Yahoo Japan (which is separately operated and licenses the Yahoo name, with Yahoo US holding a 35% stake) exemplifies how this strategy can be successful. The company has the largest market share in Japan, beating Google, and it is known for its innovative and highly popular services. Yahoo Japan succeeded in part due to strong local partnerships and significant localization efforts. Yahoo Japan also partnered with Google to provide search results, capturing 90% of the Japanese search market, a move blocked by the Justice Department in the US. With its international expansion efforts, Yahoo’s mantra needs to be “glocalization” – i.e. being a global company in terms of contents and capabilities, but keeping a strong emphasis on the local needs and preferences in each target market.

Platforms/ integration infrastructure: Most of today’s Internet users no longer access a single, edited Internet portal to get their information. Instead, users edit their own content via applications on their mobile and tablet devices, subscribe to content updates they are interested in, subscribe to RSS or tweets, or use various applications to aggregate information that is important to them. In this environment, Yahoo’s position as the ‘entry point’ to the web is no longer viable, and Yahoo needs to adjust to make its content available through an ever increasing number of channels. Yahoo must adopt its content to be available via applications iPhones, Android devices, Windows mobile devices, eReaders, Internet TV systems, as well as the iPad. To facilitate this, Yahoo needs to create an infrastructure that allows for easy, simultaneous publication to all these channels to become an effective and efficient player in the market. By creating this infrastructure, Yahoo would also have the opportunity to define the standard platform everyone uses to publish to the ever increasing number of channels on the web. The company would instantly become an attractive partner to any content creator that wants to target a wide audience, and if Yahoo can create/ own the standards to make this possible its position would be hard to emulate. Creating platforms that allow users to manage a myriad of channels, interfaces, and applications could put Yahoo at the center of the user experience once again.

By focusing on its product portfolio, localizing its content, growing internationally, and providing the tools and infrastructure for companies and individuals to manage today’s Web 2.0, Yahoo can position itself to become the Internet once again.