Why would publishers not like a low retail price?

On April 11, the U.S. Department of Justice filed an antitrust suit against Apple and several book publishers, claiming that the companies conspired to limit price competition in e-books, in violation of Section 1 of the Sherman Antitrust Act. The Justice Department claims that the agreements between Apple and the book publishers to enter into an "agency" distribution model with a "most favored nation" clause had the direct impact of raising the price of e-books to consumers.

Throughout the complaint, the Justice Department claims that the publishers viewed Amazon's retail price of $9.99 as being too low:  "…the Publisher defendants also desired to have popular e-book retail prices stabilize at levels significantly higher than $9.99" 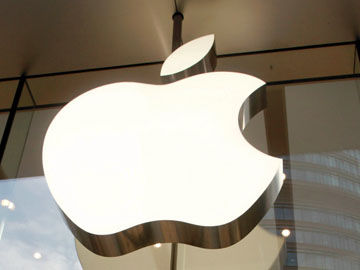 There must be some deeper reason for the publishers' opposition to Amazon being an incredibly efficient, low-cost distribution channel.

The first explanation (all I can cover given space constraints) is best given via anecdote. Around the holidays, I was in a small, local bookstore. I came across Ian Kershaw's The End, about the final days of the Hitler regime. It looked great, but the price was around $30. I read a bit more, and thought that maybe I should just leave the store, go home and get online, and buy either the e-book version or even just order the hardcover from Amazon, figuring either option would be cheaper. But then a touch of guilt set in:  I was in a warm, comfortable store on a snowy day in Vermont, and the bookstore owner was at the cash register. I paid hard cash, and left feeling good.

So publishers could be worried that Amazon, who in 2010 had about an 80 percent share of the e-book retail market, was driving the traditional book retailers out of business (remember Borders?), and that the loss of those brick and mortar stores would actually hurt  book sales in the long run. A new entrant to the e-book industry, Apple had an alternative pricing model—the agency model—that would give the publishers more control over their retail prices and thereby help the traditional booksellers. Of course, this explanation does not rule out the possibility that publishers were worried about other aspects of Amazon's dominance in book retailing, and some of those worries might have legitimate competition concerns—for instance, that the publishers were worried Amazon would get into the actual publishing business.

It is odd that the Justice Department is going after Apple, who was starting from nothing in the e-book market and going up against a firm that had an 80 percent market share. Yes, prices to customers have gone up because of Apple's contractual innovation—but the question is really whether those low prices were good for consumers. Justice should be asking whether Amazon's low prices could be destroying value-adding services throughout the supply chain, and whether those low prices were likely to persist if no other e-retailers would enter the market.


Robert G. Hansen is senior associate dean of the Tuck School of Business at Dartmouth College.

Tweets by @forbes_india
V8th Wonder: The Continental
For High-Fliers Only