'Million dollar question is, what will happen with offices?': Stephen A Schwarzman

Stephen A Schwarzman, chairman and CEO of Blackstone Group, talks about investment trends and lessons from the Covid-19 pandemic in the first instalment of Capital Ideas, a new series that serves up the most riveting success stories in the world of business 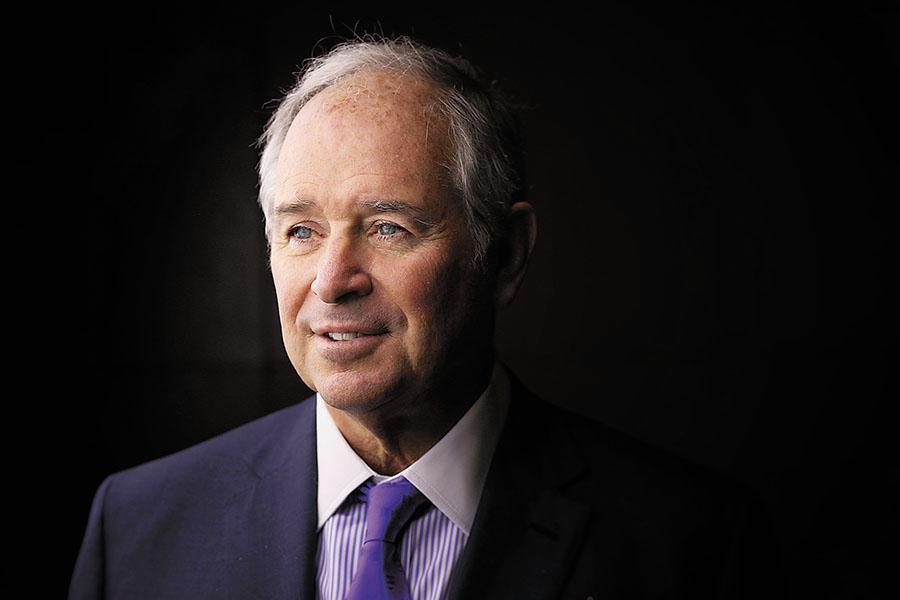 Q. Your autobiography What It Takes launched this year. Tell us about your journey. I started in middle-class America; my father had a small store and I used to work in it. I hated that; I liked playing sports, and being with my friends at school, but I had to learn what it was like to work in a retail store. And I was lucky enough to go to Yale University. And then I went to Harvard Business School. My math skills were terrible, but somebody thought I should go into finance. I just didn’t like doing statistical work; I like dealing with people. And it took a few years to learn the basics, because finance is really about solving people’s problems. It’s very important to listen to what they’re saying, and what they’re not saying, but they’re probably thinking.

I started my own company when I was 37, an age when you know a bunch of stuff but you don’t know everything. And as we grew our business, we became the first investment banking boutique. We did merger and acquisition advice, and started in private equity and expanded into other areas. We started with two people and $400,000, which, in the world of large corporations, is not much. We now have about $560 billion, and about 3,000 people working at our parent company. With all the businesses and real estate we own, it’s around 500,000 people.

We became the largest owner of real estate in the world. I buy things and operate everywhere. And that’s gotten me involved with politics and philanthropic work to solve problems. So my life is a lot of fun.

Q. How have the past six months been?Until Covid, I used to go around the world, and it would be fascinating to meet people, deal with problems, try and help out wherever I could. And in the last six months it has really changed. I was in my house in Florida for four months, and almost never went out. And now I’m in another house outside of New York, and almost never go anywhere. At one level it’s not so bad: I don’t have to get onto planes, I don’t get jet lag. On another level, it’s a little bizarre that we all stay in our homes, and communicate with people all around the world.

But it’ll change back to our old world; not 100 percent, but a lot once we get vaccines and other medical breakthroughs. So I think in a year from now the world will be back to the one we all used to have.

Q. What are your learnings over these months?The key learning is that the world is changing, and we’re moving into a digital world. And this is getting us to do things like Zoom and Microsoft Teams calls to communicate with people. It’s changing the economies, as a result. There’s more home delivery, distance learning, and entertainment that can be consumed at home. People are moving away from some large cities, into suburbs or smaller cities. These trends are driving some new industries, and hurting some old ones. The ability to evaluate what’s going on will lead to large amounts of prosperity on the one hand, but also economic damage and lack of opportunity on the other.

Q. You have mentioned that Blackstone’s India business has been one of the best performing markets. What has Blackstone India done that stands out? What are the lessons from the early investments in India?We’ve done exceptionally well in India. We’ve learned that when we go to a new country, we try new things. And sometimes we’re not as successful initially, but we’ve learned. India has got great growth, and very smart people. But sometimes if you don’t control the business, and you’re just a partner, it tends not to work. So we have a simple rule that if we’re going to invest in something we should own it. Then we can make changes that are necessary and private equity performs better.

In real estate, it’s a question of which area you’re concentrating in. Our biggest concentration in India has been in real estate for technology companies. Technology is one of India’s great strengths and people from all over the world have operations in India. We’ve done some joint ventures that have been very successful; we’ve done the first two real estate investment trusts so that the public can benefit from owning those things as well.

India’s had among our highest returns in the world in private equity, which means we keep putting more money in those companies that grow faster, and hire more people.

Q. What is the future of commercial real estate? Do you expect people to go back to offices like before or will there be a shift?The million dollar question is, what is going to happen with offices. We have specialty office-type activities in India, exclusively for technology companies. We also have retail that’s doing extremely well. But in our basic offices, which is in cities like Bengaluru, Pune and Chennai, there are people who are doing information technology services work. Some of them work from home, some are in offices, and we don’t see that trend changing.

For more conventional office work, there’s uncertainty around the world about how that’s going to change. I think more people will stay at home initially, but the landlords have buildings, and the people who go to work are going to need more distance between themselves. This means the density of those offices will be much less, which means you’re going to need more space per person. So that should probably balance out a bit.

You’ll probably have less expansion in office, but we have to recognise that there is a short-term impact and long-term trends. In the short term, there’ll be many more people working from home. But as soon as we get these vaccines and antivirals that are going to make people more comfortable, there will be more people going back to offices. The economy will pick up, and we won’t have what looks to be a major dislocation, like we’re having now.

Q. What do you think of the economic impact of the pandemic in India?India looks like it’s going through a shock in terms of its slowdown, but that’s because it’s been growing so rapidly. There was a time when India was growing at 8 or 9 percent, and that was slowed down to 4 to 5 percent. And now the growth looks like it’s going to be minus 3 percent for this year. It will look quite good compared to most other countries, but it doesn’t look good if you’ve been growing as fast as India has been. When the medicines are produced, India’s growth rate will go up significantly, and it will go back to being one of the fastest growing countries. So I don’t worry about the longer term prospects for India. Things will start picking up in 2021, and by 2022 we’ll be feeling much more like the old world that we inhabit.

Q. While private market valuations have fallen significantly, capital markets across the globe are nearing their peak. Is this exuberance sustainable?The capital markets are benefiting from enormous liquidity that is being pumped in by central banks all over the world. At the same time, governments are doing significant deficit spending to give money to people, to get them through this downward slide in the economy. So you have two factors: Consumers have more money than sometimes earlier, and you have tonnes of money being pumped into the economy.

You also have some giant size companies that dominate the stock market indices, which are technology companies that are doing great. While a lot of other companies in the physical goods world are hurting, like hotels and amusement parks. Apple has a market valuation of more than $2 trillion, and Microsoft is getting close. These have massive impacts on indices. So there is a very uneven balance between winners and losers: The winners are so big that they’re biasing the way we look at markets. But from the perspective of companies that are doing great, they don’t think their prices unfairly high.

Q. What are the avenues of growth in this market? What is your advice to the fund managers?It’s hard for me to give advice because things change so quickly. But what I would say is there are two types of things that you can do. The first is, you can find the most interesting and developing technology investments, because they look like they’re going to do pretty well. Although the price at which you buy them may be a little high, so you have to be careful. The second thing is to invest in very good companies that are having a tough time now simply because of the virus; make sure they have enough capital to make it through the recovery period. So there’s a mixed type of investments you should look at.

Capital Ideas is a weekly podcast series that serves up some of the most riveting success stories in the world of business. Meet the men and women behind the companies, and get a peek into how they got to where they are, and what makes them extraordinary. Subscribe to the series here

12,118
Thank you for your comment, we value your opinion and the time you took to write to us!

Tweets by @forbesindia
Prev
Why 'agile' does not mean laying people off, and other myths
Next
'To be a leader, master a skill': Carlyle's David Rubenstein