Gig economy: The rise of the new collar among India's working class

Thanks to the infusion of powerful tech infrastructure and the introduction of work-tech platforms, a formerly informal gig sector is today streamlining itself. The gig economy is gaining traction, and it is likely to continue impacting both individuals and employers for many years to come

Annanya Sarthak is the co-founder and CEO of Awign. 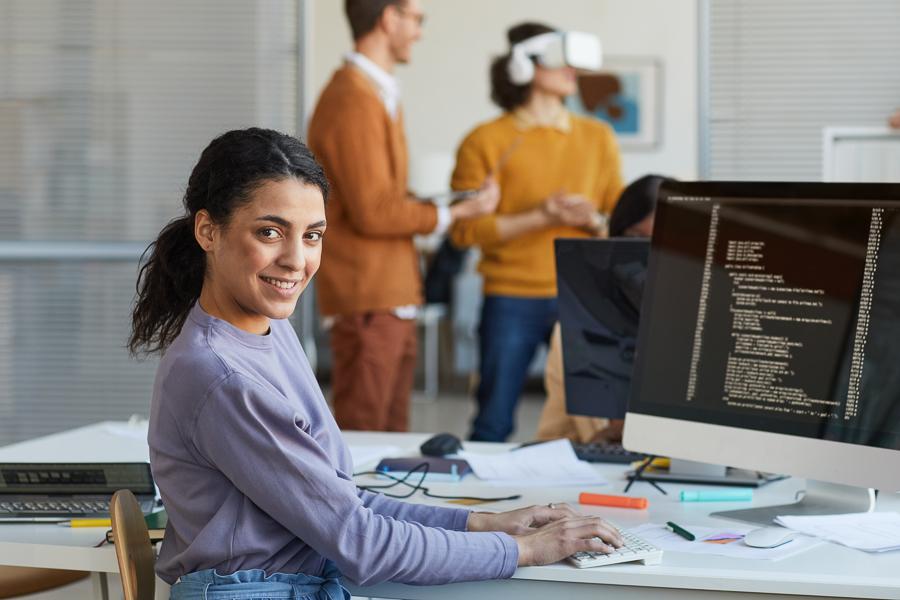 The gig economy is gaining traction, and it is likely to continue impacting both individuals and employers for many years to come; Image: Shutterstock

Meet Vicky from Kolhapur, who earned almost INR 10 lakh in three years by undertaking gig roles. With his income across myriad gig roles, he was able to pay for his sister’s college fees and buy a car - otherwise impossible with his previous income of just INR 8000. In addition to the monetary benefits and flexible timings, the continuous upskilling opportunities make him choose gig roles over a full-time job.

(*Name has been changed to maintain anonymity)

The rise of individuals such as Vicky speaks to the upsurge of the new collar among India's working class.

What’s in a number?

Ever since I can remember, our country has had a vast pool of skilled and diverse workforce. Unfortunately, many of these folks lost their jobs during the pandemic as many businesses cut fixed costs to stay afloat. According to CMIE data, 113.6 million individuals lost their employment between March and April 2020—a staggering number indeed.

As we recover from the aftermath of the pandemic, many sectors continue to reel, shy of investing in fixed human asset costs. On the other hand, individuals continue to look for new work. Combining both the gig economy becomes a major focus for enterprises and individuals, as has been the case for the last two years. If we look further back, the last five years, coupled with the pandemic snowballing the process, have seen a rise in enterprises engaging with new collar gig partners for core operational services in addition to short-term work, which has emerged as a solidifying factor for the gig economy. The statistics speak for themselves. Currently, India has a pool of nearly 15 million freelance workers staffed in projects across IT, HR, and design. This workforce is further growing by approximately 4 million annually. With the majority of them being young millennials, they are showing an increasing preference for gig contracts, and this trend is expected to significantly impact the gig economy in the coming years.

The numbers on the hiring side look promising too. Around 84 percent of talent managers in APAC—the highest in the world—are hiring gig partners, and 50 percent of projects with startups, major corporations, and professional services are pointing towards strategy, technology, and marketing as the top three talents in demand. Deep diving further, the top gig-able roles at the forefront are in operations, customer support, transaction operations/processing, and HR. Trailblazing the adoption are the hero sectors—FMCG, pharma, BFSI, manufacturing services, and tech and BPO.

Imagine pumping in the money to deploy thousands of permanent employees and still not benefitting from it. Not only is the enterprise under upfront risk, with no guarantee of output, but it also has to reel under the incremental costs of constant rehiring, retraining, and re-management due to MoM attrition. More often than not, such heavy operational costs end up flatlining their P&Ls. To avoid this stagnation, enterprises are grabbing the opportunity by both hands to variablize P&Ls by converting the fixed payroll cost to a completely variable expenditure towards gig partners.

Other alluring factors for enterprises include access to a broad pool of qualified on-demand labour, flexibility, availability, and hyperlocal penetration that ultimately foster positive business results.

Gig partners, on the other hand, are lapping up to the future of work for its myriad benefits. Among a slew of other advantages, significant ones include a greater rate of compensation and the ability to earn more money by taking on several responsibilities at once, all while operating on one’s own time. This helps contribute to the quintessentially sought work-life balance and personal well-being, therefore pulling more and more professionals to the gig culture. Another interesting facet is the continuous opportunity for growth and learning. Every new task is training in itself.

Quoting Alan Kay, ‘’The best way to predict the future is to invent it.”

Tech has eliminated the blinders from both gig partners and enterprises and allowed them to embrace the gig culture. Thanks to the infusion of powerful tech infrastructure and the introduction of work-tech platforms, a formerly informal sector is today streamlining itself.

On the other hand, while blue-collar jobs have been synonymous with the gig economy, we will witness a paradigm shift in the future. More and more expert roles will be gigified, and white-collar positions for professionals with years of experience and expertise in their field will gain prominence and adoption. So, while Millennials and Gen Z pioneered the gig economy, talent from all generations will contribute to a more diverse and inclusive ecosystem. Akin to how a stack is perfect only when all the pieces are neatly arranged, the gig economy too will need laws and policies to bind the system and offer jobs and livelihood opportunities for millions of workers across the country. The gig economy is gaining traction, and it is likely to continue impacting both individuals and employers for many years to come.

The writer is a co-founder & CEO of Awign.

5,691
Thank you for your comment, we value your opinion and the time you took to write to us!