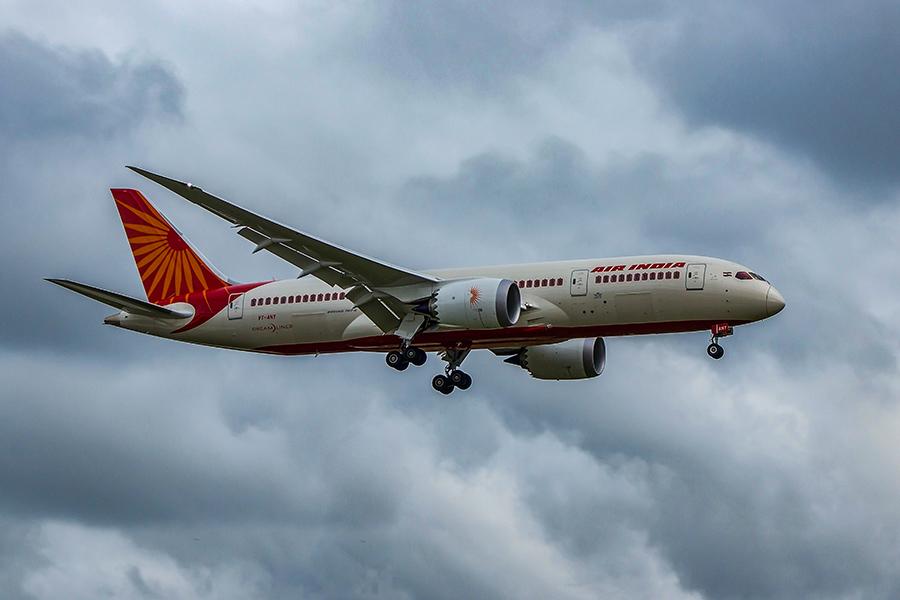 The airline returning to Tata also translates into the brand being handled with care and efficiency, often synonymous with the group. The severe trust deficit among customers is also expected to be repaired. Image: Shutterstock

It’s homecoming for the Maharajah after Tata group on Friday announced that it has won the bid to buy Air India for Rs 18,000 crore. The debt-laden national carrier returned to its founders Tata Sons, ending a decade-long struggle to divest. Founded in 1932, it was the pride and joy of JRD Tata.

The transaction is expected to close by December-end, said Tuhin Kant Pandey, Department of Investment and Public Asset Management Secretary. Pandey said the government will get Rs 2,700 crore in cash from Tata for sale of its 100 percent stake.

In an emotional note, Tata Sons chairman emeritus Ratan Tata tweeted, "Welcome back, Air India,” adding, "While admittedly it will take considerable effort to rebuild Air India, it will hopefully provide a very strong market opportunity to the Tata Group in the aviation industry."

Air India has gone through a tumultuous journey, scaling new highs till the ‘70s when it was looked up to by other airlines, having even trained the Singapore Airlines staff. Its brand mascot, the Maharajah, once was a metaphor for Air India service—one could expect to be treated like royalty. However, once JRD Tata, the founder and then still chairman of Air India, was ingloriously removed from the chairman’s role, on February 1, 1978, the fateful fall of the airline started.

Despite its multiple shortfalls in terms of lack of high-quality in-flight service, outdated aircraft fleet and lack of technology advancement (such as on-board entertainment), Air India still manages to piggyback on its glory days. Many brand experts Storyboard spoke to recall fond memories associated with the airline and are hopeful of a brand overhaul.

"There is a compelling current of emotion—that of a homecoming. Of a journey deemed expansive and arduous in parts and now finding a safe harbour of a kind," says Prasoon Joshi, lyricist and chairman of McCann Worldgroup Asia Pacific. In his view, the brand stands once again at a take-off point: "Deliciously poised between tradition and reinvention, the Maharajah this time around is perhaps not here to serve but also to rule the skies. Congratulations to the Tatas and respect for the government for this bold and welcome move."

Bringing efficiency and accountabilityA lot works for brand Air India as it is synonymous to nationalism and nostalgia; at the same time, there are certain codes (services and agility) which need reenergising. Senior advertising and media executives believe that Tata needs to immediately look at amalgamating past glory and future-led technologies to make Air India a competitive homegrown but truly world-class brand. Air India, which has received a bad rap for its service, needs to signal a change and communicate to customers that it has changed for good.

Dheeraj Sinha, CEO and chief strategy officer—South Asia, Leo Burnett, highlights that Air India needs to signify new intent, especially with commitment on service quality which has held the brand back in the past.

“Those corrections need to be communicated well. Air India, as a brand, has lot of power, strength and equity of its own. The clever task would be of retaining some of the semiotics of what made the brand memorable in people’s mind and adding a bit of new. It is a mixing of past and future,” he adds.

The airline returning to Tata also translates into the brand being handled with care and efficiency, often synonymous with the group. The severe trust deficit among customers is also expected to be repaired.

The co-founder of iconic Indian design firm Ray and Keshavan, Sujata Keshavan, believes that Tata’s management will be able to run Air India more competently and efficiently and raise the airlines standards to match the expectations of today’s international traveller.

“The Air India brand comes with an impressive legacy and name recognition that takes years to build. It has enormous potential to be reinvented and revitalised," says Keshavan, who is now the founder of Varana, a London-based fashion house. With good execution, Air India has the potential "to become a great Indian super brand, comparable to the world’s best."

Scripting The Maharajah's grand comebackDespite the call for an overhaul, there has been a clear consensus on retaining Air India’s much-loved mascot—the ‘Maharajah’. Created in the 1940s by the legendary marketing man and Air India's commercial director Bobby Kooka, the Maharajah remains one of India’s most recognisable and loved mascots. This portly figure in regal garb has held a special place in the hearts of the country's citizens for years.

“We all grew up with the Maharajah and it’s an iconic brand known for treating his guests like royalty. The welcoming Maharajah was a memorable and charming mascot. They must retain it. It is unique to India’s history,” says Raj Nayak, founder of House of Cheer.

At the time of brand changeover, contemporising it is always a good idea, says Bobby Pawar, chairman and chief creative officer, Havas Group India. Though he is quick to add that Air India is a national carrier so there’s a pride attached to it from its own staff as well as citizens and that sentiment needs to be handled preciously and delicately.

“However, there are people who were not happy with the brand at some point of time. So Tatas should definitely signal a change. The brand mascot must be retained but it needs to be contemporised with the times,” Pawar notes.

On the other hand, industry veteran Madison World’s chairman Sam Balsara believes that the “Maharajah does not fit into the scheme of things” in the current world. The brand needs to be “repositioned as a modern, state of the art airline that is super-efficient and customer-service focussed.” He also thinks that the move will do good to brand India as well. An airline, after all, is "the nation's ambassador.”

Taking the brand to new heightsAccording to digital and new age brand transformational companies, the Maharajah could make a comeback with a touch of modern designing. Harshil Karia, founder of digital agency Schbang India says that given Tata's penchant for design, one is likely to see Air India become a lot fresher.

“The Maharajah is a unit which has high equity. I see the Maharajah having the potential to be reborn for the digital age. A mascot who has a unique point of view that represents the viewpoint of a rising India,” shares Karia.

Rayomand J Patell, chief creative officer of digital shop Idealake believes, “the Maharajah is immortal. You can try to kill him off all you want—as they did in 2007—but sometimes consumers decide what a brand is and in this case, they never loved the rays of the sun design as much as the affable Maharajah around whom Bobby Kooka and Team JWT did decades of stellar work.” Now the brand is coming back home, Patell says, “They (Tatas) just have to refurb(ish) the planes, the brand is already flying high again.”

725
Thank you for your comment, we value your opinion and the time you took to write to us!

Tweets by @forbes_india
Prev
Storyboard | A rebirth for Air India and its Maharajah?
Next
Storyboard | Dive into the seductive world of crypto advertising