How Clothes Speak for Men

The modern department store has still not recognised the fundamental difference between the self-employed and the white-collared. Many marketers make the crucial mistake of treating both as SEC A customers 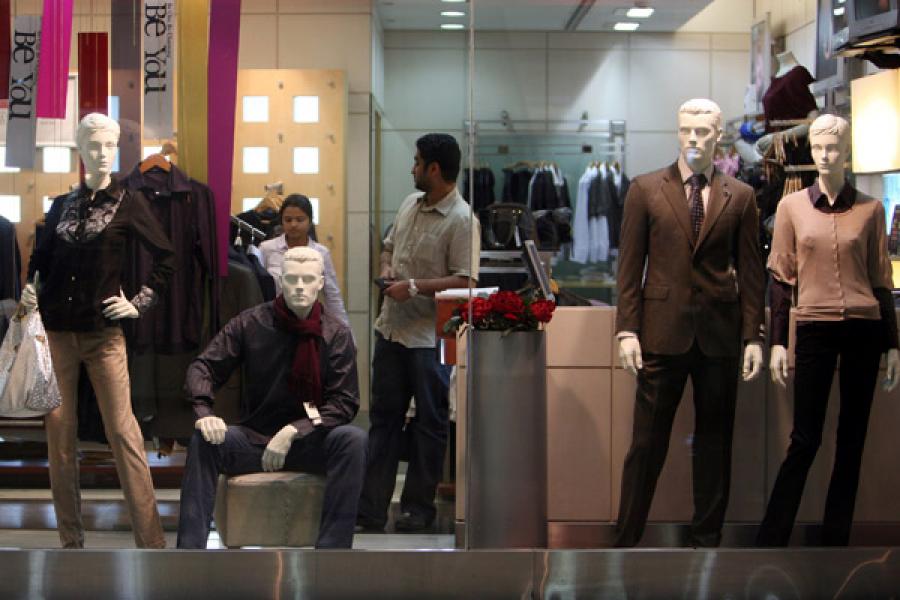 Sanjay and Rohan live with their families in a modern residential complex in upmarket Versova in western Mumbai. They often visit the new mall close by to watch a movie, eat in the food court, and of course, shop.

Sanjay likes to check out the latest trends and colours of the season in apparel while choosing his formals and casual 'Friday' dressing. The large department store in the mall meets his needs since it keeps an 'in-season' range most of the time. It is a well-stocked store, and keeps almost all brands in men’s clothing. There are store assistants in most of the aisles and the changing rooms are cool, pleasant places. Almost all the time, Sanjay is able to refurbish his wardrobe in this store. He is familiar with the merchandise and knows that the brands there follow international trends. The sizes are uniform and the pastel pinstripes and checks conform to his idea of both sobriety and trendiness.

Rohan, on the other hand, can’t find anything to his liking in the hundreds of shelves. He finds the almost uniform colours and patterns indistinct and boring. He wants something that stands out, preferably in solid colours with a little ‘twist’ in the design that makes the garment unique. The classy fit and international flavour that most brands advertise is lost on his sensibilities. Everything looks the same to him, and his wardrobe contains almost nothing from the store.

Why does this happen? What is the difference between the two men? They live in the same building, have similar disposable incomes; their children go to the same school and their age difference is negligible.

The only difference between the two men is their profession. Sanjay is a senior manager at a private bank while Rohan is a successful businessman who runs an injection-moulding factory in Vapi. The different professions of the two men lead to vastly different sensibilities and tastes. And nowhere is this more apparent than in their choice of attire.

Clothes speak a lot about the man. We normally think of clothes in the context of women but that’s a fallacy. The spate of designers who are now designing exclusively for men is testimony to the rising trend of men wanting more out of their attire than just an elegant covering.

Clothes can also give an indication of a man’s profession. The American TV show, Suits, is, as the title indicates, all about lawyers. A ‘suit’ is a derogatory term for someone working for the government and is no longer just an item of clothing. The kind of suit one wears is indicative of the kind of profession one is in.

Fashion, tastes and preferences are means by which we make a statement about ourselves. The white-collared Sanjay and the businessman Rohan have similar income levels, but what they seek to say about themselves is very different. A peep into their occupations and the dynamics therein could help us understand this phenomenon better.

When Sanjay joined the bank, he entered a well-defined hierarchy that he aspired to climb. He compared designations of his classmates to see where he stood on the corporate ladder. His desire was to belong, to follow the prevailing norms. Every Sanjay in the white-collared world of banks, multinationals and large corporate organisations wants to make a statement – that he deserves to be there. In dressing and fashion, this is a ‘club’ where the executive wants to ‘belong’.

Extend this scenario across the entire white-collared world and you get a class of educated people who follow the same trends – pinstripes, blues and greys, buttoned down collars, soft colours. It’s almost like a uniform; boys in a premier school. A manager is one who, while leading, also wishes to conform. There is a strong need not to ‘stand out’ lest one be thought of as a maverick. Also, the banker’s calling card says everything about him. He doesn’t need his shirt to do so.

Rohan inhabits a very different world where he is the boss. Everyone looks up to him. He has no corporate umbrella protecting him from the vagaries of the Indian system. He needs to exude power, confidence and unquestioned authority. He doesn’t have a large corporate name or a fancy designation on his visiting card and so he needs his own statement of power.

This he derives from his clothes, accessories, phones, pens, cars and so on – instruments he uses to signal his distinctive taste, influence and power. He needs to look distinguished and expensive, and his individuality has to come through. After all clothes maketh the man.

He cannot afford to drown his personality in shirts that can be found in every department store. Ideally his shirts have to be custom-made, but in a world of dwindling services he needs to find outlets for ready-mades where he is convinced that no two shirts look the same. He knows that department stores with their emphasis on subtlety and uniformity cannot offer him this customisation.

The modern department store has still not recognised this fundamental difference between the self-employed and the white-collared. Many marketers make the crucial mistake of treating both as SEC A customers. Most corporate fashion houses are inspired by Western fashions and 'think' seasons, cuts, designs accordingly. This might have to do with the fact that their leaders, designers, buyers, marketers are all from the white-collared world and hardly mingle with self-employed people professionally or socially.

At the other end of the spectrum are fashion designers who tend to ignore the world of professionals while creating their ‘look’. As a result the two worlds hardly meet sartorially.

Twenty years ago, this wasn’t the case. Good shirts were either bought on trips to the West or were stitched by experienced tailors. With liberalisation, the business manager was relieved to discover that the kind of shirts he prefers could now be found in his own city.

On the other hand, the self-employed wanted a distinctive look, embellishments and Indian motifs. They believed in their own design preferences and refused to follow the style diktat of mass designers. Fortunately for them, there are still some fashion brands that understand this need well.

Retailers like Benzer and Chirag Din and brands like Color Plus are known for catering to the tastes of the self-employed successfully. They offer individuality and slight flamboyance that almost every self-employed person sports. But are these brands large enough to cater to the entire population of entrepreneurs in this country? And can other brands afford to neglect this target segment?

A recent estimate indicates that in urban India, for every white-collared worker, there are five people with gold-collared – self employed, tastes and preferences. And like the professionals, this category also has huge spending power. Missing them would therefore mean ignoring a huge slice of the market, and thereby a huge opportunity.

If brands truly wish to extend their reach, they’ll have to cater to the gold-collared, as we call them, consumers as well. If they are able to straddle the twin requirements of conformity and flamboyance, they’ll have truly made a significant difference to the way apparel is marketed in this country.

One wonders if the large difference in fashion preferences also extends to other spheres? What about entertainment, food, fashion for other family members, credit cards? If apparel is so sensitive to a professional outlook, aren’t other things as well? Can the same marketing strategy be applied to all customers, irrespective of the occupation segment?

Do look around to spot the differences, next time you come across them.

6,683
Thank you for your comment, we value your opinion and the time you took to write to us!