Does Fright Make Right in the Stock Market? 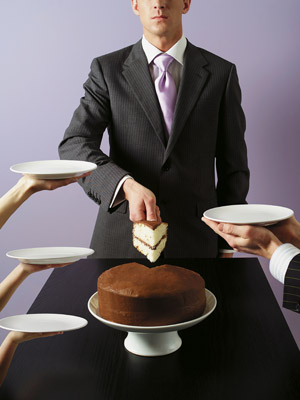 If investors were perfectly logical, they would figure out the likelihood of a risk by asking how often ‘bad things’ have actually happened under similar circumstances in the past. Instead, as the legendary psychologist Daniel Kahneman points out in Thinking, Fast and Slow, most of us are driven by the availability heuristic. Our assessment of the probability is directly influenced either by how recently an event has occurred or how memorable it is.

But differently, the more ‘available’ an event is in our minds the more probable it will seem to happen again.

It is a well documented fact that the fatalities from air travel are almost a thousand times lower than for road accidents. Yet, all of us have friends happy to drive after a couple of drinks, cell phones plugged to their ears. Likewise, most wealthy individuals are blissfully oblivious that the true challenge in protecting purchasing power is not the risk of a stock market meltdown but the impact of persistently high inflation.

Few of us recognise that the reflexive nature of our brain can cause us to arrive at truly important decisions on the basis of emotion and feelings rather than logic and reason. It is true that thanks to this reflexive brain we have a vital alarm system.

The reflexive fear that grips you on a tough day at the stock market as you tune into the action on television can set your heart racing and make you break into a sweat. The response that is triggered by losing money—or the belief that you might do so—is just as primal as the ‘fight or flight’ reaction when you are physically attacked by a predator. The immediate over-reaction catalysed by the raw feelings—blinking in the face of risk—is very often one of the most dangerous things an investor can do.

A moment of panic can wreak total havoc on a perfectly rational investment strategy. Seeking the safety of cash as companies deliver worse earnings than expected can lead to disruptive behaviour over the long haul since it virtually ensures that the investor will miss out on the rebound.

A recent phenomenon which demonstrates that ‘the more things change, the more they remain the same’ is the emergence of herds in on-line investment chat rooms. The support of a large group of nerds expressing similar views can be incredibly reassuring—a clear example of safety in numbers. Usually, this is most evident as the bull market gains ground. The minute risk rears its ugly head, the safety in numbers vanishes much like a large group of animals in the savannah. A few unexpected jolts from the media and the behaviour of these bright nerds can quickly come to resemble a stampede. Ironically, you will need to fend for yourself just when nothing feels safe anymore.

Daniel Ellsberg, a Harvard professor, is best known for his role in helping to bring down President Nixon. Yet in his tryst with experimental psychology he stumbled upon an amazing insight that has come to be known as the Ellsberg Paradox. Assume there are two urns, each containing 100 marbles (either black or red), placed in front of you. Urn A has an equal number of reds and blacks—50 of each. As far as Urn B goes, all you know is that there are some red and some black marbles but you have no clue as to their relative frequency. You stand to win Rs 100 if you draw a red marble from either Urn. Which Urn would you pick from? Most people prefer to go with Urn A. The rules are changed so that you now receive Rs 100 if you draw a black marble. Which Urn would you opt for now? The vast majority continue to stick to Urn A, which is completely illogical.

Urn B defines ambiguity. Since you have no idea in what ratio the marbles are distributed, you are plagued by the possibility that it might turn out to have 80 red marbles. In that case, your chances of winning when you are required to draw a black marble will be remote. The less sure you are in estimating the likelihood, the more you worry about the consequences. Hence, most individuals are happy to avoid Urn B, logic be damned.

Ellsberg’s Paradox captures the same dynamic that drives many of our investment decisions—the tension between thinking and feeling.

A number of commonly observed traits seen in the markets are rooted in the same idea. When the growth rate in earnings for a company seems predictable, it is said to have ‘high visibility’. Read that as Urn A or reduced ambiguity. Investors happily pay a huge premium for this illusion of consistency. Equally, the greater the analyst consensus about short-term earnings, the more investors will pay for a stock. It would be extremely churlish to point out the pathetic record of earnings forecasts by analysts. Investors clearly prefer a precise but wrong forecast to a vague but more useful estimate. The well preserved myth that the earnings of ‘value’ stocks are far more volatile than those of ‘growth’ stocks is another wonderful chestnut.

All this makes investing in beaten down stocks or small-caps the equivalent of trying to pick a black marble from Urn B. Picking from the more predictable growth stocks and large-caps in Urn A is a whole lot safer. That said, Prof Ellsberg could quite easily have had a different vocation as an investment maestro since in every single market the ‘safer and more popular’ stocks are trashed by the offerings from Urn B.

The current investment outlook among equity investors is riddled with fear and cynicism. There is a growing tribe that recommends seeking safety in the consumption plays (consumer goods, pharma, consumer discretionary) despite their bloated valuation. Despite this clamour, there can be no denying the fact that the starting price matters hugely in achieving superior long-term results. A number of today’s step-children that are high on ambiguity have the resultant scars of battered valuation and widespread investor mistrust. Take your pick from the likes of Bank of Baroda, BHEL, Thermax, VST Tillers, Tidewater Oil and NMDC. To quote Bertrand Russell: “To conquer fear is the beginning of wisdom.”

Tweets by @forbes_india
Vishakha Desai: Knowing a Country's Culture Helps One Understand the Causes of Tension
Groceries Online, Will it Click?