Letter From The Editor: Slow down, you move too fast

We live in such a fast-paced world that often times there is little room left for thoughtful reflection. Every day, our smartphones are flooded with hundreds of emails, far more than we can process. We’re inundated by messages on Twitter and Facebook. We’re hooked to visuals streaming in from television and now there’s the tablet demanding every waking hour of our time. Each one of us is trying to play catch up with this 24/7 information stream. But it’s a battle we aren’t likely to win. Multi-tasking or simply working longer hours will not help either. 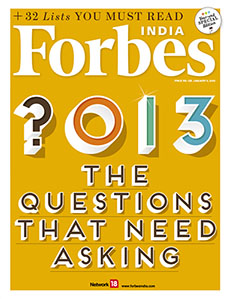 Think about it for a moment. In the middle of an important conversation, we’re busy peering into our phones, waiting for the next email or text message to arrive. When was the last time you had dinner at home without the television being on?

What’s the big deal, did you say? Try switching off the Blackberry for a few hours. Force yourself to listen attentively to those around without glancing at your phone even once. Chances are, you’ll struggle to concentrate. Now look around. You’ll find lots of people who suffer from attention deficit disorder—and they don’t even know it. They get easily bored, tend to be terribly impatient, take impulsive decisions or need constant sources of activity.

There’s enough evidence to suggest that no society can retain its creative spark without creating space for deeper conversations about the way it takes decisions. It’s the same logic for business as well. That is why it is a good idea to occasionally switch off from the information stream. We’re trying to do exactly that this month at Forbes India. We’re hoping to slow down. Use this period to create space for reflection. We’re off to an office picnic, followed by a town-hall meeting where we listen to each other’s ideas for next year. And I’m hoping more colleagues start practising yoga regularly as I did last year.

By the time you read this, I’d probably be looking for the best chowmein on Park Street in Kolkata, devouring the delectable mutton biryani at Shiraz and savouring generous helpings of the Ganguram mishti doi (sweetened curd). Kolkata has always been an epicurean’s delight. During Christmas, the city simply turns on its special charm and I’m hoping to help my daughters learn about the city where I grew up.

I do hope you too find yourself amidst family and friends during the days leading up to the New Year, engaging in real conversations that go beyond Facebook and Twitter. Here’s wishing you, dear readers, a Merry Christmas and a very Happy New Year!

Tweets by @forbesindia
'Typical' Consumers need not apply
What do the Gujarat results mean for Modi?