Letter From The Managing Editor: Winds of Change Blowing in Retail and E-Commerce

Vijay sales is morphing into a force to be reckoned with in the ecommerce space, and competing with the big daddies

As a young kid growing up at the Indian Air Force quarters in Mumbai, where my dad was posted, I remember breaking into fist fights, pushing and shoving, all for the privilege of watching that single film Doordarshan telecast every Sunday into the rare home that had a television set. 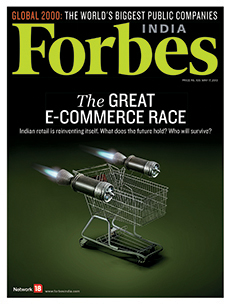 Because television was such a rarity, I remember my brother and I standing outside stores like Zarapkar’s and Vijay Sales, staring at rows upon rows of black-and-white television sets on sale. We told each other that when dad would become “rich” someday, we’d get a television at home.

With the benefit of hindsight, we know dad hadn’t gotten “rich”. But he broke his back to get the both of us cricket-crazy kids a black-and-white television set from Vijay Sales in 1983, just so that all of us could watch the Prudential World Cup that India went on to win in a historic final.

Brings to mind Simon & Garfunkel:
Time it was, and what a time it was, it was
A time of innocence, a time of confidences

I haven’t seen a Zarapkar’s store in a long time. I think one still exists in Mumbai close to my office. As for Vijay Sales, until I heard my colleague Rohin Dharmakumar talk about it during one of our weekly edit meetings, I thought it was a relic from the past trying to cling hopelessly to the present.

As I read his story, though, turns out the dinosaur is morphing into a force to be reckoned with in the ecommerce space, and competing with the big daddies we are all now familiar with. I don’t want to tell you more because the joy lies in discovering. Instead, may I urge you to turn to page 48 to read Rohin’s account of how one of the most fascinating retail battles of our times is playing out?

Much like Vijay Sales, the name Tata conjures up images from days gone by. But the conglomerate has kept pace with the relentless times we live in. And, at Forbes India, we’ve done our damndest best to keep track of this entity as leadership of the group moved into the hands of Cyrus Mistry. A few weeks ago, we had documented the gut-wrenching changes he is effecting at Tata Steel and a revival plan for Taj Hotels, which the group owns. On page 62, Ashish Mishra tells you how dramatically things are now changing under his watch at Tata Motors.

As always, a line on what you think of our efforts will be appreciated.
Charles Assisi
Managing Editor, Forbes India
Email: charles.assisi@network18online.com
Twitter id: @5n0wcrash