Indian infrastructure remains one of the biggest opportunities for the next 10 years. Yet some of the best private entrepreneurs in the country are being denied a fair rate of return

There are perhaps just a couple of projects that have changed the dowdy image of India’s infrastructure in the past 10 years. For the most part, the Indian infrastructure story has almost been saddled with a continuing narrative: Crumbling roads, creaking bridges, dirty airports, polluted water and unreliable power. The $13 billion Golden Quadrilateral project — linking Delhi, Mumbai, Chennai and Kolkata through nearly 6,000 km of four lane and six lane expressways — was clearly one such project. In the very initial years of its implementation, it set a new benchmark in how a major public-private partnership could be mounted without delays and the stench of corruption. (Of course, it wasn’t long before some of that sheen quickly disappeared even before the learnings could be internalised.) 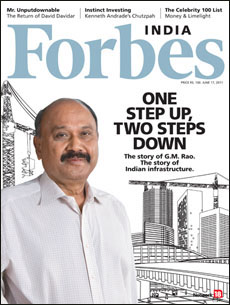 Last year, New Delhi’s spanking new airport, Terminal 3, or T3 as it is called, made us all proud. South Asia’s biggest airport hub was completed in a record 37 months — which even leading global airport consultants working on the project had deemed impossible. But the Delhi International Airport Ltd. (DIAL) led consortium managed to pull off the unbelievable feat, thereby preventing yet another embarrassment for the country, ahead of the Commonwealth Games in the capital.

Instead of being feted for the accomplishment, G.M. Rao, the intrepid founder of the GMR Group, which runs DIAL, is now running pillar to post trying to save his joint venture from turning sour. DIAL has soaked up about Rs. 5,200 crore of debt — and now, the cash flows have suddenly become uncertain, as many of the commercial agreements that formed the basis of the project are being questioned after the project has been completed. At the heart of the matter is a warped government policy where a new airports regulator has been set up well after the privatisation process has begun, thereby creating obvious conflicts between the civil aviation ministry, the independent regulator and the private operators. It’s not just the fickle rules that are dogging GMR. Even the Indian stock markets that were expected to nurture private infra players aren’t very supportive. Investors expect long gestation infrastructure projects to generate steady returns every quarter — and have no patience for those who see an occasional blip.

In many ways, it is the ultimate paradox: Indian infrastructure remains one of the biggest opportunities for the next 10 years. Yet some of the best private entrepreneurs in the country are being denied a fair rate of return — and are being forced to look beyond our shores for sustenance. Associate Editor Cuckoo Paul’s story on G.M. Rao and how he’s squaring up to this unexpected adversity is, therefore, instructive. It’s time we corrected this anomaly.

Tweets by @forbes_india
Can You Innovate Your Business Model?
Pramod Bhasin: Tiger Knows Customers Better than I Do