How Not to Choke Under Pressure

How We Can Avoid Choking Under Pressure

This is your game,” my friend exclaimed as he reminded me that we were not on the basketball court, ski slopes or go-karting track — some of the many areas where he ruled.  We were playing tennis, and ostensibly he was right; tennis was my game. I could maneuver my racquet as though I knew what I was doing and had invested enough money in tennis lessons to feed Baba Ramdev’s little Scottish island. Why then did I proceed to double fault away the game and match? Why did I choke?

A leading theory called the distraction hypothesis says that we choke because we shift our attention from the task at hand to irrelevant thoughts. Thinking “I better not choke” when you are about to putt for the win is an example. Pressure and worries distract the mind from the attention required for optimum performance. They cloud the working or short-term memory that is critical for effective execution.

Another theory called the explicit monitoring theory works in the opposite way. It proposes that we choke because we give too much attention to the task at hand. We interfere with the automatic flow of skill by overlaying too much explicit control. In other words, we micromanage and nag our performance to a choke. Next time you are driving your car, consciously run through all the steps you perform and see if it affects how you drive. 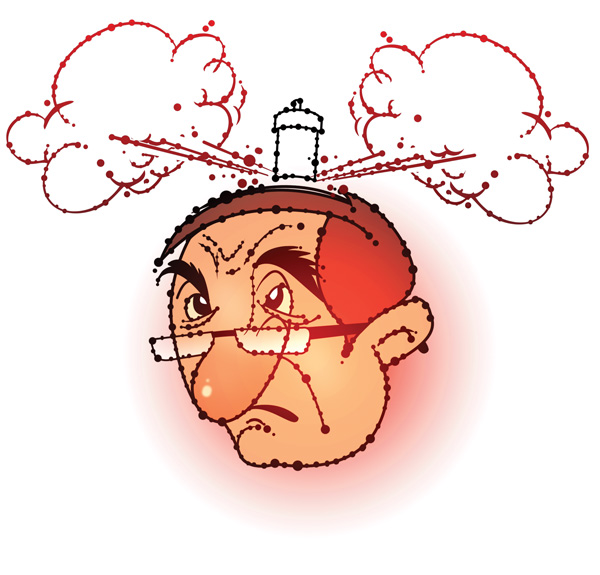 I would say that when we choke what actually happens is both: Part distraction and part over monitoring. The classic Inner Game of Tennis is more of a book on how to live life than just win on the courts. The book’s theme is to not try too hard. As an example, the author suggests that next time your opponent is on a hot streak, you can level the field by simply asking him during the game what he is doing differently to play so well. If he gives you details on how he thinks his swing and footwork may be working out, when he tries to replicate those actions he may overdo it and lose his streak. Sneaky stuff.

Knowledge of the choke applies beyond sports to areas such as test taking, public speaking, and mathematics. Scientists from the University of Chicago performed a well described experiment to study how students with test anxiety could be helped. Sian Beilock, associate professor of psychology, found that a group of the students who were asked to write down their anxieties for 10 minutes before the test had a significant improvement in their grades compared to those who wrote about other topics or just sat quietly for the 10 minutes. Neat, you can literally write away your fears.

The theory is that writing down anxieties saves the working memory from being clogged by them. This clears up the working memory so it can play a role in recall and execution.  The monsoon issue of ForbesLife India that is on the stands is dedicated to the topics of memory and forgetting and has more on this. We share that on average you can store seven items in your working memory. Not a lot of space for fears and worries.

Another reason for the Chicago findings could be that students gained some perspective on writing down their fears. It was only a test they were taking, after all. What if it was one of the most coveted golf championships? Ask Greg Norman. In 1996 he choked in the final round of the Masters Tournament. When asked, “How can you not win? You have the personality of a winner.” He responded, “I am a winner. I just didn’t win today.”

Vikram Sheel Kumar, MD The author is a graduate of Harvard Medical School and Director of Ozorie

Tweets by @forbesindia
Wim Elfrink: I Leave Behind a Mature Leadership
Badri Seshadri's Lessons From the Outsider