Wim Elfrink: I Leave Behind a Mature Leadership

Bangalore is a key part of Cisco's globalisation strategy and the company has a long-term commitment to it, Wim Elfrink tells Forbes India 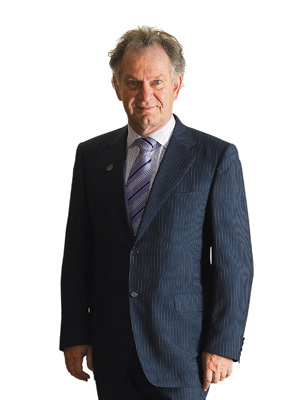 After four and a half years, how does your globalisation initiative look like?
I would call it an evolution. I came here as a corporate entrepreneur with the objective to create a new campus, the second headquarter, to move from cost arbitrage to quality work to innovation and find some new business opportunities. We’ve achieved that. We delivered on our promise in moving 20 percent of the top executives here. What I leave behind is a mature leadership and market moving opportunities.

But the way most of your India projects in Lavasa, Gujarat, Karnataka, etc. are delayed or stalled, don’t you think you oversold the globalisation story?
You have to look at different markets with different pace and speed. Smart + Connected Communities (S+CC) is a global initiative, it’s not just for India, though we are driving it from India. It’s a market moving opportunity and creating such new opportunities takes decades. It’s about leadership, setting global standards and public-private partnerships, new world ecosystems and smart regulations. Some countries are faster than others. I’ve chaired CII’s (Confederation of Indian Industry) Steering Committee on Intelligent Urbanisation and we are contributing in the Delhi-Mumbai corridor, a massive infrastructure project. I think now you’ll see this moving in India as well. Other countries are already in the implementation phase.

Moreover, there’s more to India than just S+CC. We have built three centres of excellence and the IT team here serves Cisco internally worldwide. We have started making technology relevant for inclusive growth, particularly in healthcare and education. We have a trajectory of investment in India that would last until 2013.

One of your slogans has been a $/doctor visit for healthcare and a $/month for students in education. Isn’t that a big shift from Cisco’s famed high-margin business philosophy?
It’s a different business model, you are right, but even here margins are good. We can’t sell what we have, so we started looking at new business models. With applications in the cloud and with technology, you can reach price points and good margins.

Do you have evidence that this model works and can be replicated in other markets?
Yes, but all are in the proof-of-concept stage because virtual healthcare is also about human change though it’s true that 80 percent of the visits [to the doctor] don’t need physical interaction. If we get more IP-enabled instruments to do remote diagnostics, it will get much better. We’ve replicated this in Sichuan in China. More than 40 million people have been served and that’s a significant pilot. I will be in China end of this month to close the proof-of-concept and speak to the health minister about scaling it up. We’ve also done city projects in the US, at Colorado and Holyoke.

Healthcare and education initiatives are a few years away [from adding to the topline], but in S+CC we’ve reached what you call “crossing the chasm”. In general, the life cycle of such businesses, from concept to maturity, is three to five years. We can always shorten the cycle but market making opportunities are not just about technology but ecosystem of partners and global standards.

Who’s your successor here? Is there a real globalisation role left to succeed to?
We will have three successors. There’ll be one deputy chief globalisation officer, one leader looking after the India market and one site manager. [At press time, the names were not announced.] I will keep an oversight of this centre remotely. Globalisation is not a one or two year story, it will evolve. If you ask me have we captured the opportunities [globally], I’d say we are on track.

You have enough knowledge about globalisation now. What is it that companies should not do if they want to globalise?
It’s good to understand that things take longer than you think. You need to have step function. Globalisation needs not only top level commitment but buy-ins from the entire organisation. If you don’t have that, don’t start out. If you ask me did I have the right buy-ins in the organisation, I’d say, ‘No, I could have done better’. I could have articulated the overall story better to people, say, working in The Netherlands, France, Germany or Brazil. It might not impact their daily function, but it impacts the company as a whole. The initiative needs constant attention.

You are returning at a time when Cisco is going through a tough phase. What impact can your learnings have on the ongoing restructuring?
Companies go through different phases in life—expansion, contraction, simplification; we are currently in the phase of simplification. (Refuses to comment further saying it won’t be appropriate as the company has already announced a restructuring trajectory.)

In your 14 years at Cisco, is this the toughest time?
It’s a new phase. We have gone through various phases; in 2001 we had a near-death experience. But the leadership team is experienced and we are aware that change is constant and it’s a very competitive market.

After being the CGO here, when you go back to the headquarter, what is that you’d do differently?
I think I have much more empathy and humility. I came thinking I knew enough, but I realised how less I knew. You can’t use export as the model, you have to be relevant. I’d now make plans bottoms up and visions top down; do things in parallel. I know how to develop a market, a playbook; I can now accelerate the implementation.