In a chat with Forbes India, Scott Anthony, president of innovation consultancy Innosight , shares his insights of what the new generation leaders can learn from outgoing CEO, A G Lafley’s legacy

Q. What did A.G. Lafley have in him that made him such a powerful champion of innovation?
A. The thing that you see about A.G. is that he really has the rare ability to hold two opposing ideas in his mind at the same time and still retain the ability to function. Because, if you really look at what he has done at P&G over the last ten years, a lot of it is about efficiency, a lot of it is about optimisation, a lot of it is about operations. Focus on big brands and big countries to big retail customers. Getting people to think differently, getting people to experiment and getting people to fumble and I have personally seen him make that switch almost instantaneously: From getting into the real nitty-gritty details to being able to think strategically of pioneering a new market. And most people can’t do that. And Lafley can really inspire people to follow him and most people again don’t have that skill.
As I have talked about in The Silver Lining (Anthony’s book), this is really the hidden crisis of all that we have talked about in the last year. Because till the 2000s, you could succeed by exploiting, you could succeed by overseeing efficiency and make a career out of that and that’s not enough anymore. The era of optimisation is over, it really is now the era of innovation and those require different skill sets and different mind sets. An entire generation of leaders is just unprepared for what lies ahead.

Q. Would traditional leadership development models that companies have followed in the past need to change?
A. I think [yes] without a doubt. I think that traditional leadership programmes that were born in an era when challenges were different have to change. It is good if the challenge is about running a well functioning Six Sigma global enterprise but it is insufficient if it means doing that while also pioneering, experimenting and also fumbling. So what these leadership firms have to do is to expose people to ambiguity like they have never been exposed to before. So it is not just how to teach people to be great managers but it is really teaching people how to be great innovators and entrepreneurs and then lead in these things simultaneously. 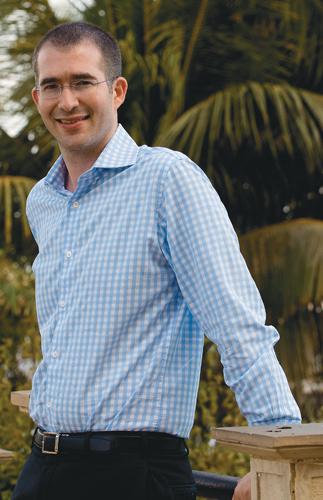 Image: Vikas Khot
TIME'S UP: The era of optimization and resource management is over, says Anthony
Q. Why is dealing with ambiguity so important for leaders?
A. I watched it with clients that we have worked with at the senior leadership level. You are used to making decisions day to day, you are used to analysing situations looking at data and say, OK the data suggests that this is a better path than that. And of course, not all [are] good decisions, but you made a career out of taking decisions based on data and being rewarded. And increasingly you’ve got to trust your gut; you’ve got to trust your instincts because there is no data. So I see leader after leader tell their teams, go get the data and what I say is there is no data to get. They can’t go get a market research report; they can’t go run the numbers. You have to create the data and your instinct has to point them in the right direction. So it is a form of leadership skill that most leaders are not prepared to grapple with. Now for entrepreneurs and venture capitals, this is second nature. This is the way their world works, but if you are a leader of a well functioning organisation, it is not the way you work.

Q. How did Lafley change P&G’s leadership model?
A. One of the things Lafley really pushed was to get people out of the building. Get everyone at all levels of the organisation out interacting with consumers, living with consumers, working with consumers, really developing that deep empathy that comes from working side by side with consumers. So, a lot of the development comes from not being in a classroom, but being in touch with the consumers in the market. You had P&G pushing that people had the international exposure to different markets and intentionally rotate to different parts of the business so you learn how different parts of the work ends. So, what I think you will see P&G do is going to augment that with giving people exposure to organisations outside P&G; maybe an entrepreneurial venture, maybe working with different companies which are exposed to completely different challenges. Last year, P&G got press over employee swap with Google, it has done things like this in the past but I think it will and a whole lot of other companies will do work in this in the future.

Q. Among the MNCs that you’ve studied, how many have actually shifted the centre of gravity towards emerging markets?
A. General Motors is one US firm that has got a lot of grief in the last many months. Of course, it has done a lot of things bad, it has a lot of trouble but some of the things it has done in emerging markets, particularly in China [are] pretty astute. It has tried to find a local partner in the market, [tried] to develop products that are uniquely suited to the market. So it is not just that bring a Cadillac down from the United States, it is: How do we work with SAIC (Motor Corporation, China) to really come up with something that really suits the needs of the local markets? GM can be faulted for many things but what it has done in China is something that other companies need to think about. On the other hand, whenever Wal-Mart has gone into markets that look a lot different from the US and tried to replicate like Germany, it has failed. P&G, though, understands that it already serves four billion consumers in the world and there are seven billion consumers in the world so it is very likely that the growth is going to come from the next billion consumers.