Rules Often Slow Us Down: Former Boss on BHEL

K. Ravi Kumar, former CMD of BHEL, tells Forbes India what should the public sector company do to make the next big leap 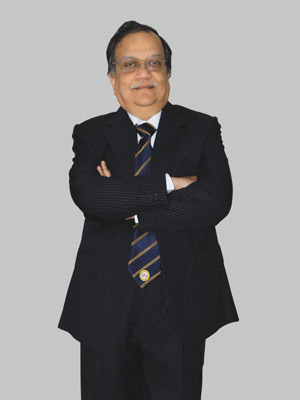 You were with BHEL for 34 years. The company has shifted gears and made the transition to the big league in the past five years. What were the major changes in this period?
BHEL was able to take the big steps from 2006 onwards when our capacity increased rapidly from the 6,000 MW that we had then. The special purpose machinery required to make boilers and turbines have long lead times and we ordered in time. We had the advantage of signing up early on technology transfer with companies like Siemens. These agreements give BHEL access to the latest equipment, as soon as it hits the European markets. Such tie-ups are not possible now because the companies are now allowed to set up shop here and compete with us.
The big transition was when we moved from being a Boiler/Turbine/Generator (BTG) player to get into Equipment/Procurement/Consulting (EPC). While the revenues for a BTG contract are Rs. 2 crore to Rs. 2.2 crore per MW, that for an EPC are much higher — about Rs. 4.5 crore per MW. This made a difference to the volumes and margins.
Also, power demand was picking up and we were able to ramp up our capacity to 15,000 MW last year and should be at 20,000 MW by the end of 2011.
L&T is probably the most successful company among your peers in the business. How do you view them?
L&T has a very diversified portfolio. BHEL works with them on many projects and they have excellent project management skills. Both are comparable companies in terms of sales and profit numbers.
As a public sector company, BHEL has its own challenges. We have to follow rules and procedures that often slow us down. We are very often accused of delayed projects. You must realise that there are anywhere between 2 to 3 lakh components in one large BTG package. If even one of the component suppliers is not performing, we cannot just sack them and ask someone else to supply. We have to re-invite tenders and follow PSU rules.
What will BHEL have to do to make the next big leap?
Firstly, the company urgently has to acquire new technology. This can come by buying other companies that have the capability. But they would have to go for it with aggressive bids to make it happen. Last year, BHEL tried to buy Czech company Skoda Power — but lost out as our bid was much lower than the winning bid.
BHEL’s problem is that with the existing tie-ups with European companies, their home markets are closed to us. If we want to expand into these areas, we will need some acquisitions or mergers.
The second big need is to improve project management techniques. With 120 huge projects now, you have to automate and put every unit on a common platform.
Chinese competition for power equipment is now a daily reality for BHEL. Are you worried?
Most new power projects in the 12th Plan will be supercritical. The technology is more expensive but the plants have lower emissions. The Chinese have an advantage in the 660 MW category because their rates are much lower than Indian companies. But, they standardise units while we custom-deliver to specifications. So on an operating cost level, our equipment is much better because it is designed for Indian conditions. Many power companies have already realised that Chinese equipment is not worth it.

Tweets by @forbes_india
The Internet Entrepreneur: 'Made, Not Born'
India's Real Problem-Solvers