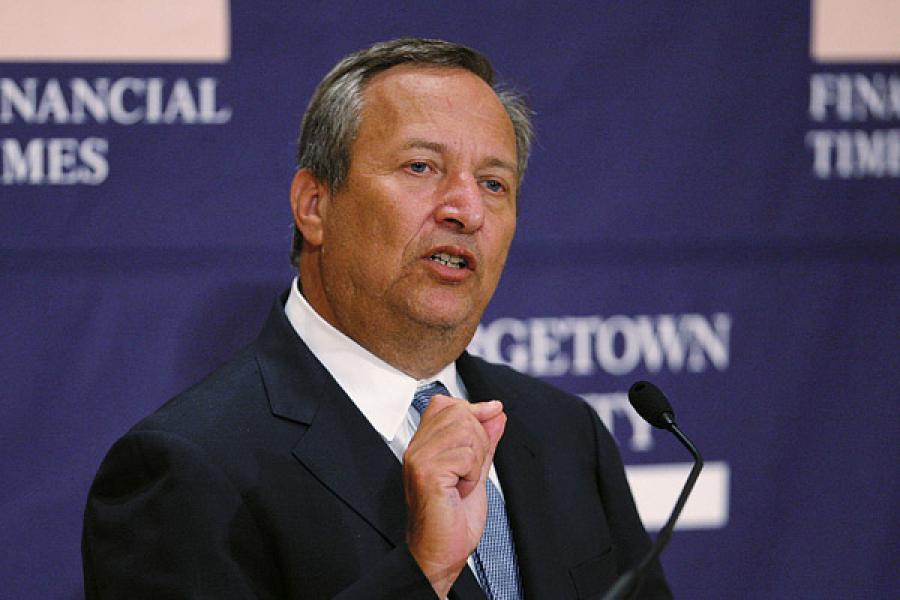 Lawrence Summers
profile: He served as US treasury secretary under Bill Clinton, a post currently held by his protégée Timothy Geithner
what he does now: Teaches economics at Harvard University, where he was
formerly the president
Family: He comes from a family of economists. His parents are economists and he is a nephew of Paul Samuelson and Kenneth Arrow, both Nobel Laureates in economics

How is India positioned as a global consumption engine?
India has enormous potential to be a contributor to global growth over the coming decades. But that potential is diminished by the disturbing indications of slowing GDP growth, significant declines in the value of the currency and a sense that the flow of capital to emerging markets is likely to be inhibited by the continuing strains in the European financial system.

To operate at its full potential, what should the GDP growth rate be?
I think for India to fulfil its potential as a contributor to the global economy and drive the demand for goods and services, you’d want to see 9 percent GDP growth. Given that the average level of income and the average standard of living lags behind that of China, there is potential to achieve those growth rates.

Is the downward revision in GDP growth a temporary blip or the new normal?
Two factors will determine whether historians look back at the coming decline in Indian growth rates as a downward blip or whether they look at the previous period of 9 percent growth as the one that is more advert. The first is what happens to the global economy. If the American economy picks up, if Europe’s problems are contained and if the financial conditions return to relative normality over the next 18 months, then the prospects will be very bullish for India. I believe that is a very real possibility.

What is the second factor?
The second determinant is domestic reform. It has always been a balance in India between the processes of modernisation and reform on the one hand and the seriousness of corruption and the government’s inability to accomplish things, on the other. I am not certain which will dominate in the months ahead. A recent example is the first forward motion and then backward motion with respect to large-scale foreign retail presence.

Is it a troubling trend that political leadership is affecting economic growth?
One critic suggested that India was surely not a failing state, but was in some respects a flailing state. Government has too much difficulty doing things that should be easy. For example, absentee rates for teachers [at public schools] in some parts of India are said to approach 50 percent. It’s hard to know what causes this, but it is surely a serious problem.

By contrast, how would you compare the Chinese government’s involvement in its economy?
China is far more involved in the lives of its citizens, and certainly far more intrusive with respect to civil liberties than India. But on the other hand, India is much more hostile to entrepreneurship. [Even] with the License Raj gone, there remains too much of a presumption of prohibition, rather than a presumption of permission.

How can India tackle economic problems stemming from political leadership issues?
Ultimately persuading citizenry that entrenched interests need to be overcome in favour of the general interests is the highest priority in India. History suggests this is especially difficult when things have gone relatively well. We have to hope for a combination of charisma and confidence along with courage and integrity on the part of those who lead India going forward.

What factors will determine India’s ability to grow the demand for goods and services in 2012?
Much of India’s ability to sustain and grow demand will depend on the confidence of Indian businesses to see beyond the horizon of current government policy, and for the government to stay on a pro-growth path.