Ritesh Jain: It's A Good Time To Buy Fixed income...

…considering that interest rates and inflation are on the verge of peaking out. Ritesh Jain is Canara Robeco's head of Fixed Income and overseas fund management team. 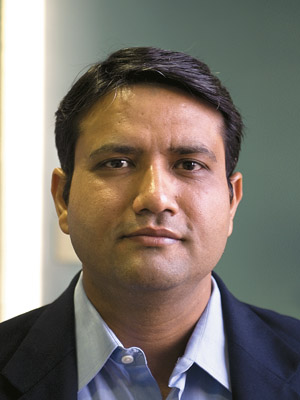 Ritesh Jain
Profile: Leads the Fixed Income team and oversees fund management at Canara Robeco
Career: He has more than 10 years experience in the fixed income market. Jain began his career at IDBI Bank, where he worked as manager, treasury, between 1998 and 2001. He then moved to Kotak Mahindra AM as fund manager on the Fixed Income side where he rose to became the head of fixed income in 2007

How do you look at the debt market in terms of high inflation, high fiscal deficit, rupee at 54 and high oil prices? Will interest rates remain high?
We believe that the fiscal deficit target of 4.6 percent is becoming increasingly unachievable given that the revenue expenditure is much above the budgeted provisions. The elevated inflation, rising wages and increased capital costs during the last three years has diminished India’s competitiveness. Further, with slowdown in the world economy, a slowdown in exports growth is inevitable.

The currency depreciation will again be a source of inflationary pressure into the system. The central banker’s ability to intervene in the currency market remains strictly limited as we are running close to the lowest foreign currency reserves in terms of import cover in the last decade. Any move by RBI [Reserve Bank of India] to support the INR would put further pressure on an already strained liquidity. Unless we bring inflation under control and reduce supply side constraint, INR is expected to depreciate further against the US dollar and remain between 50 and 52, a new normal.

How much should an investor allocate to fixed income as compared to equity?
While equity has its own risks, the asset class is bound to deliver attractive returns over a longer period of time given the strong India growth which is yet to unfold to its fullest potential.

In the current scenario, fixed income looks good considering that interest rates and inflation are on the verge of peaking out. The hardening G-Sec [government securities] yields [with the 10-year G-Sec yield much above its long-term average] throw opportunities in the long-term bond funds to take advantage of potential returns once the yield start easing. In the context of equities, a support is needed, in the sense that the investors need to be cognizant of the market valuation. SIP [Systematic Investment Plan] strategy in equities could be looked upon as ideal to even out volatility.

In the last 18 months Fixed Maturity Plans (FMPs) have been popular. How will they perform going forward?
Fixed Maturity Plans belong to a breed of investment strategy which does not involve any trading or duration risk taking on the portfolio. The short and medium term rates have risen closer to 10 percent as a corollary of the 13 rate hikes by the RBI since March 2010. Though RBI has temporarily stopped its rate actions, we may not see interest rates move down quickly. Thus, at current elevated interest rate, FMPs would continue to provide a competitive yield to investors looking at not taking any interest rate or duration risk.

How should one look at some of the PSU Bonds (like PFC) and also Government of India Securities? How should one play them?
In a market environment, where the growth comes off, the bond yields would remain at elevated levels till the time inflation is high. When growth comes off, the corporate sector becomes selective towards investing money; thus the corporate balance sheets are in a better shape as compared to the government which is required to keep investing as it is a welfare institution. With the 10-year corporate papers available at around 9.75-10 percent, it surely comes to the fore as a better investment avenue. Once the inflation starts coming off, the spreads over the 10-year government bonds are poised to shrink. Thus, a combination of corporate bonds and government bonds with higher allocation to corporate bonds is desirable in the current market environment.

Most investors are looking at short-term debt investments like liquid funds. Are there any takes for long-term debt?
When the yield curve flattens out, it means the markets are expecting growth to come off. When the short-term and long-term interest rates are at the same level, both look attractive from an accrual perspective. However, the long-term rates carry additional risk in the form of duration. Given the uncertain and fragile nature of the markets both globally and domestically, there is an increased sense of risk aversion among investors, which induces investors to deploy money over the short term rather than blocking capital for the long term wherein the mark-to-market risk in case of downtrend in rates is higher.

How do you look at fixed deposits (FDs)? Some banks are giving a rate of 13 percent on their FDs. Should investors simply park their money in such FDs?
We believe mutual funds are a tax efficient way of investing in fixed income markets.