Two books about tech giants who have shaped our world 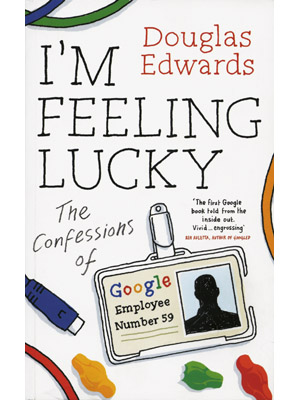 I’m Feeling Lucky is a memoir by one of Google’s early employees. Edwards was one of the few non-geeks in Google’s early years. He worked in marketing, and was, in fact, the one responsible for much of the search engine’s tone in its interface with users. It’s hard to remember a time when Google wasn’t ubiquitous, but, as the book shows, it took some time to get there, and the ride wasn’t an easy one. Edwards provides us with a fascinating inside look into a giant in the making, a company that pretty much made up the rules as it went along and the rather strange assortment of individuals who worked there and helped create both the behemoth and the ethos, not least Larry Page and Sergey Brin, Google’s founders. Of course, Edwards himself is very much a part of the book, but the pace of life in the Googleplex, the genius-level IQs and tech skills of his colleagues, not to speak of his own self-deprecating sense of humour and smooth writing, ensure that you frequently forget it is a memoir.

Speaking of making the rules up, Steve Jobs pretty much defined that spirit, right through his path-breaking career in Apple and Pixar. Isaacson’s biography is a wrist-breaker of a book that, nevertheless, is hard to put down. A warts-and-all biography that sets out the events and lets you make up your mind. Isaacson has done copious amounts of research, speaking to people that Jobs encountered, used, swore at, demolished, praised and built, usually simultaneously. As the narrative moves from the early years to the more documented professional life, the detailing can be dense, but he does manage to hold it together and give you a comprehensive picture of a driven genius, one who was not really likeable, but whose impact you can’t deny. 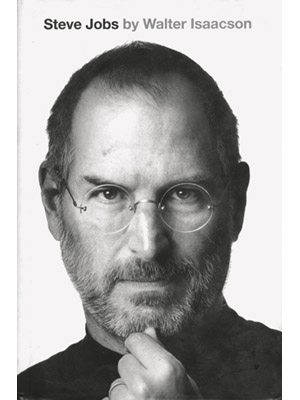 It’s unfair to compare books that are trying to do different things, but dealing, as both do, with giants who influence our lives and shape the way we live them —  and also because they landed up on our desks within weeks of each other! — it’s difficult not to. One can’t help wishing, for instance, that the Jobs bio had a little more in the way of humour; one can’t help wondering what the story would be like told by an insider, not a professional biographer. And similarly, one wonders what a really skilled researcher and biographer would make of Page and Brin and their idiosyncrasies.

Tweets by @forbesindia
Ritesh Jain: It's A Good Time To Buy Fixed income...
HUL's Nitin Paranjpe On The Capacity To Fail