A Model for Life Long Learning

Don Jacobs, Dean Emeritus and Gaylord Freeman Professor of Banking at the Kellogg School of Management, on what it took to build a world-class business school

During a visit to the Indian School of Business (ISB), Donald Jacobs, Dean Emeritus and Gaylord Freeman Professor of Banking at the Kellogg School of Management, spoke with K Ramachandran, Thomas Schmidheiny Chair Professor of Family Business and Wealth Management at the ISB. They discussed how the Kellogg model came to revolutionise management education more than 50 years ago and lessons for the ISB in the Kellogg experience. K Ramachandran: Kellogg alumni have conferred on you the title of Master Entrepreneur. To me you have always been a master institution-builder. When you took charge of Kellogg, it was a little-known, small business school, and you built it up into the number one in the world. In those days, as I understand, business schools were seen as glorified trade schools.

What did you do differently?

Don Jacobs - When I became the Dean, I and a group of people I would talk to all the time -realised that three things were happening. One, we were globalising; second, IT was becoming more and more important, and third that IT costs were declining very rapidly. This implied that the markets would expand in size, and that we would be able to communicate and manage over larger distances. And if that was the case, then the world was going to be more competitive. More competition meant that real change was going to increase, and so it was clear that the model we used, not only at Northwestern but all over the country, was inappropriate because it was a case model. In a case model, what you do is you take a microphone and you scream: "Best practices", or "here is the way better companies do it". The problem is that if you use that as the basis for your education, you will in effect train people that are going to be out-of-date very quickly because things are moving very fast. 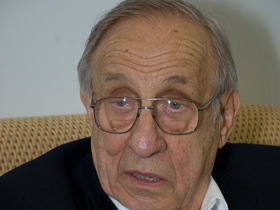 Tweets by @forbes_india
Purgatory for the Sins of High Finance
Family and Corporate Philanthropy: Emerging Trends In India