Brian Kernighan: No one Thought C Would Become So Big

Dennis Ritchie, the man who created C and helped create Unix, passed away on October 12. We speak to Brian Kernighan, Ritchie's contemporary at Bell Labs and co-author of the famous book C Programming Language, about Ritchie's legacy 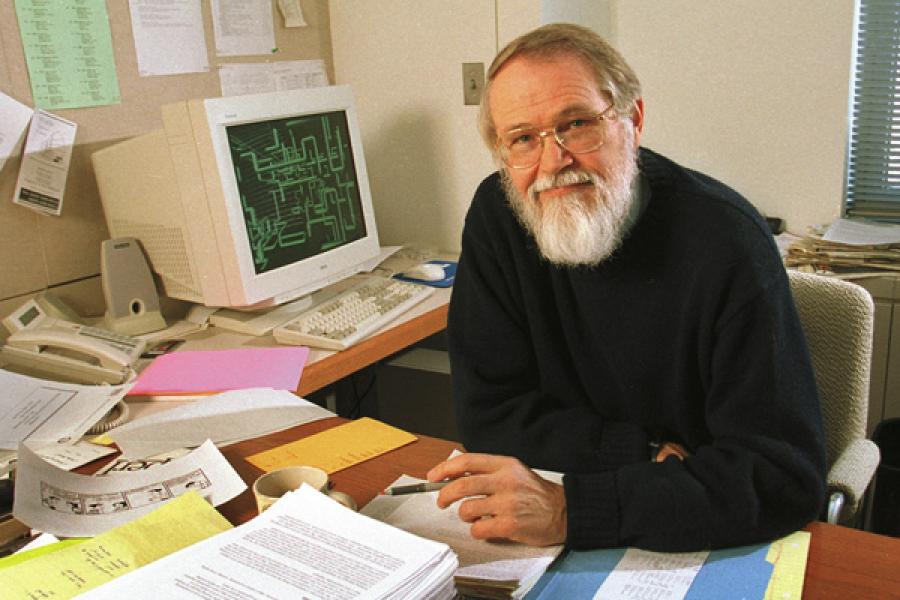 Q Did Dennis Ritchie or you ever think C would become so popular?
I don’t think that at the time Dennis worked on Unix and C anyone thought these would become as big as they did. Unix, at that time, was a research project inside Bell Labs.

Q Why do you think C succeeded?
I think C has benefitted from several waves in computing. First, there was a wave of mini computers PDP-11. These were not very expensive and had a fairly good performance and so one could afford the small performance penalty of writing in a higher level language. Then came the workstation wave. This was followed by the PC wave. Each wave needed various languages, but C became popular because it was simple enough to build compilers in and it was expressive.

Q Many languages had been in existence when work on Unix and C started. So, what were Dennis Ritchie and Ken Thompson trying to achieve?
Ken Thompson said it fairly well. And Dennis echoed that sentiment. Ken said the goal was to create an operating system that was comfortable and easy to use for programmers.

Q So many programs have been written in C. Is there something that Ritchie and all those who worked with him were particularly proud of?
That one piece of software would have to be Unix. It best captures what C is for and what it can do. Even Windows, which was written in assembly language initially, was rewritten in C later!

Q C has probably the most famous computer program in the world that prints ‘Hello, World’ on the screen? Why did you choose those words?
Memory is dim now. What I do remember is that I had seen a cartoon that showed an egg and a chick and the chick was saying, “Hello, world”.

Q Nobody could make C proprietary. Why?
In the American legal system it was hard to protect a language through a copyright. Also, nobody knew how to make money off a language.

Q Steve Jobs is no more. There is a thought that Dennis Ritchie’s creations were underneath the great design that Apple came up with. What do you think?
Steve Jobs was a great salesman and a visionary. I hope Apple continues to do well. Job’s vision had an underpinning of infrastructure that is a Unix derivative. A lot of iPhone software has been written in C and Objective C. So you saw shiny stuff when Jobs presented it, but underneath was something that had been developed a long time ago. But Dennis never spoke about it.