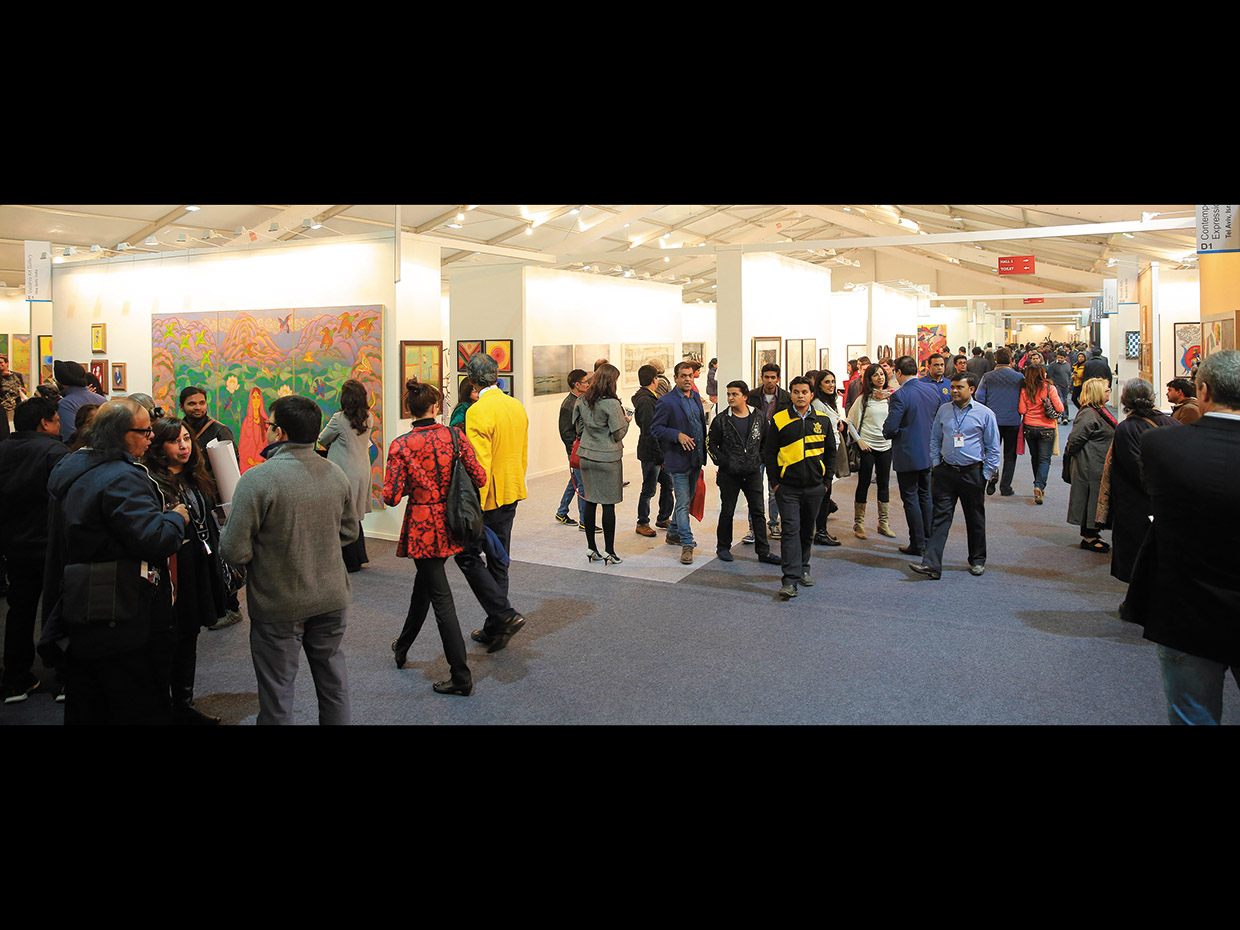 4/11
India Art Fair
New Delhi
February 3-5, 2017
The annual art jamboree is one of India’s winter highlights and was instrumental for first bringing the Indian art discourse and exchange to a public platform when it began in 2008. Promoted by Neha Kirpal, a majority stake in the fair was recently acquired by MCH Group, the promoters of Art Basel. The art fair, now in its eight edition, has grown exponentially as a social event for the capital, but it has also been instrumental in drawing the world’s attention to Indian art practices and its high quality. Global galleries which started out as sprightly partners have dwindled, given the country’s infamous bureaucratic procedures and scant appetite (as yet) for global marque names, and the focus has now shifted to South Asia. Accompanied by discussions and talks, the art fair is the most critical, sales-driven interface and public gathering of artists, gallerists, writers, promoters and collectors in the country.