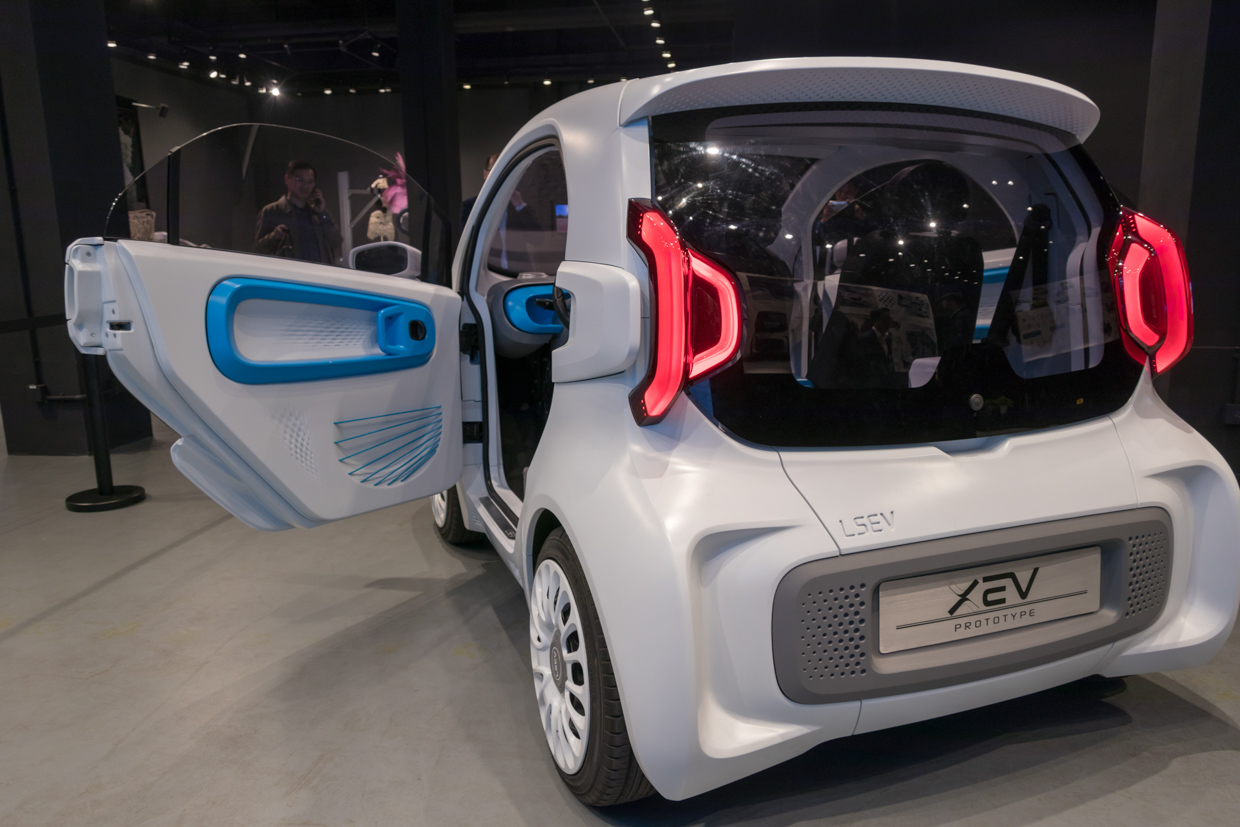 Image by : VCG/VCG via Getty Images

3/17
The first 3D-printed electric car named LSEV on display at China 3D-Printing Cultural Museum on March 15, 2018 in Shanghai, China. The car was co-produced by Italy-based electric car company XEV and China-based 3D printing material company Polymaker. All components are 3D-printed, except tyres, leather and glass. XEV has decreased the plastic parts and number of components in a car from more than 2,000 to 57, and the finished LSEV weighs only 450 kilograms, much lower than similar sized vehicles usually weighing between 1 and 1.2 metric tons. XEV plans to start production in the second quarter of 2019.