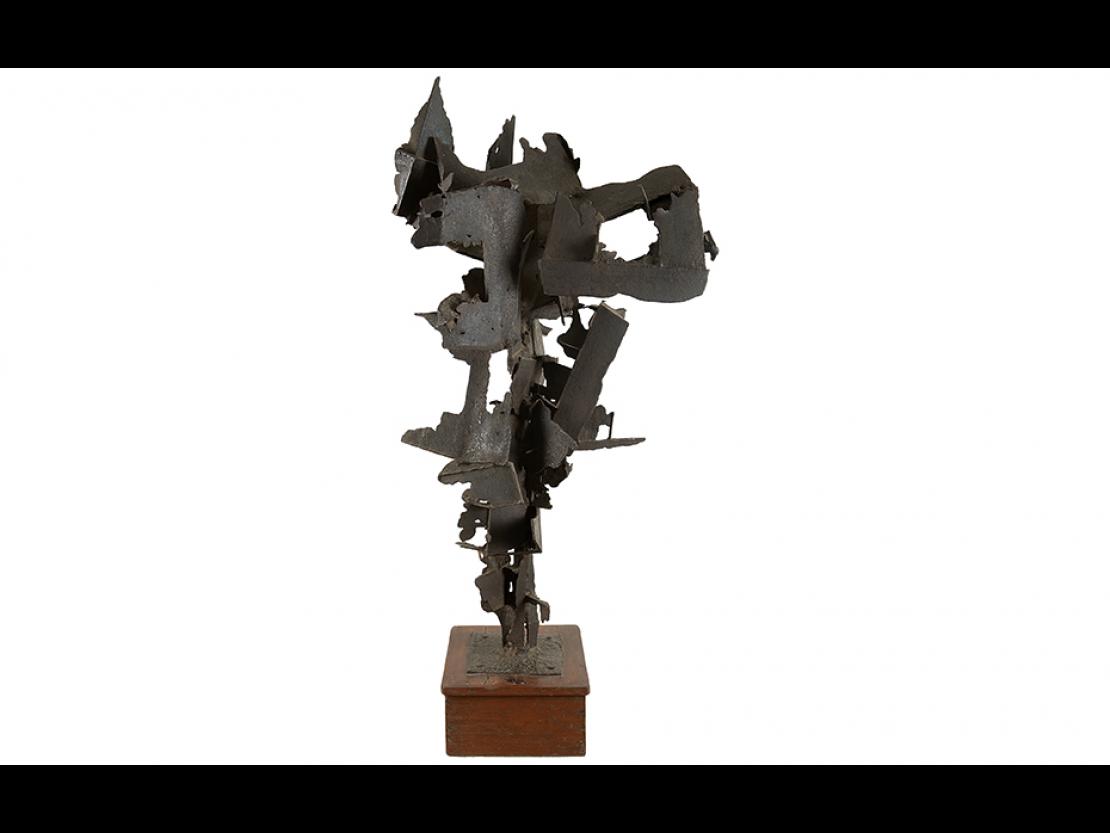 8/10
Realisations in metal
Raghav Kaneria
b. 1936
Raghav Kaneria was the only member of Group 1890 who joined as a sculptor—he had worked with junk metals in both Baroda, where he studied art at MS University, and, later, at London’s Walthamstow School of Art as well as Royal College of Art. He probably had the largest number of works on exhibit at the group’s exhibition, and was seen as a modernist in spirit at a time when a lot of work in the medium was considered sentimental. He would weld metal sheets to create abstract forms that seemed to suggest vegetation or animal forms, and if the works from that first catalogue are any indication, he was true to his belief. Though he may not have been part of the group’s meeting where the manifesto was written, he subscribed to its views. He taught in both England and India, and is now most identified for his iconic Bulls series.