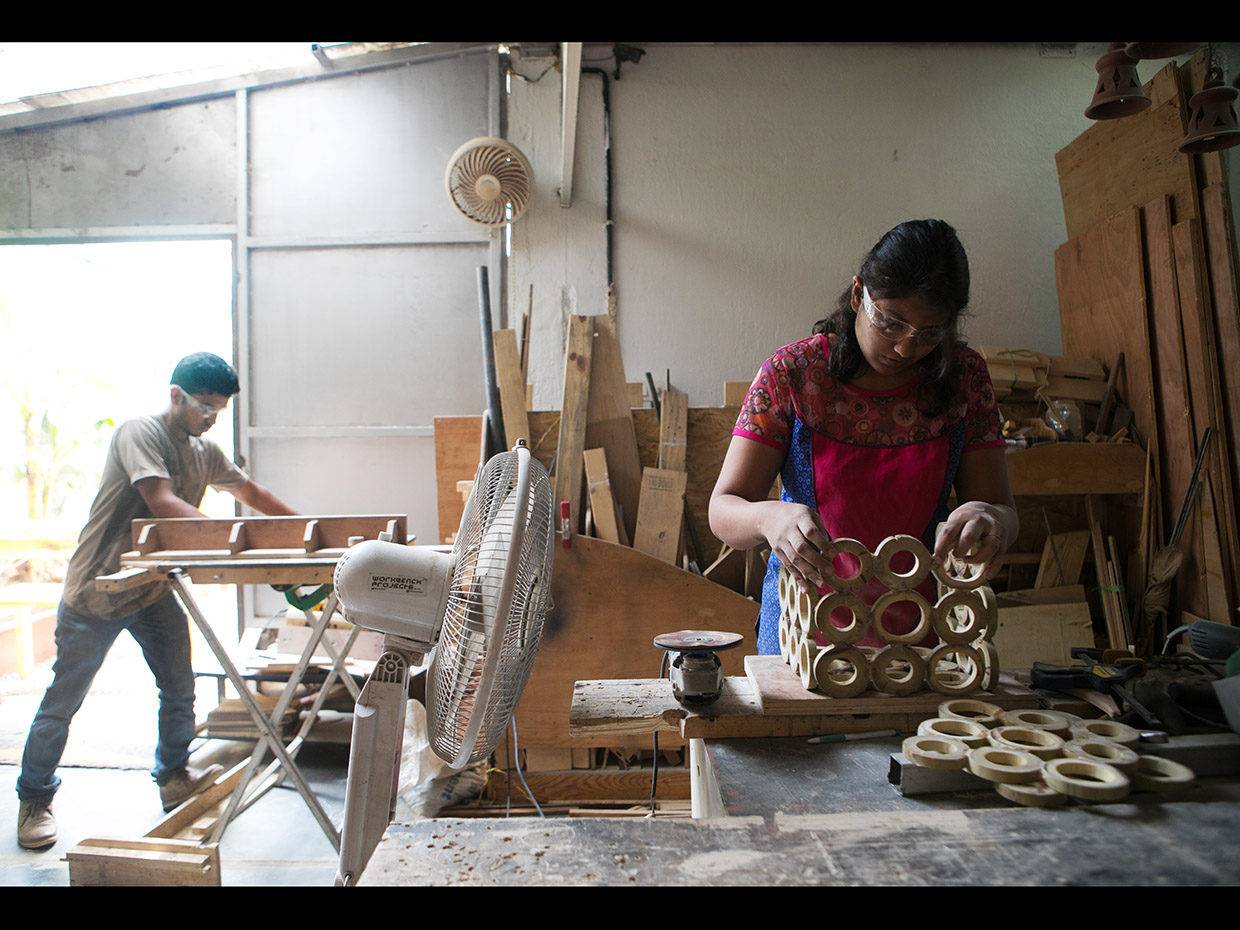 5/17
Workbench Projects
Halasuru metro station
Bengaluru
When Anupama Gowda and Pawan Kumar were trying to set up NumberNagar, a math activity centre in 2012, they had difficulty trying to find space to prototype the project.
In 2014, they bid for an empty cavernous space beneath under the Halasuru metro flyover, and took it on rent for six years from BMRC to create a fabrication lab for tinkerers, innovators and entrepreneurs. Workbench Projects gives any interested person access to a host of machines, tools and co-working facilities with Wi-Fi access, storage (for personal belongings and prototypes), and a funded, three-month residency programme.
Gowda and Kumar are also using the same space to host a team of 20 to 30 members from six institutions in helping Hyperloop India build their Orcapod.