The Evolving Role of Writers in Tamil Cinema

Writers had a limited role in telling a film’s story. But that is slowly changing 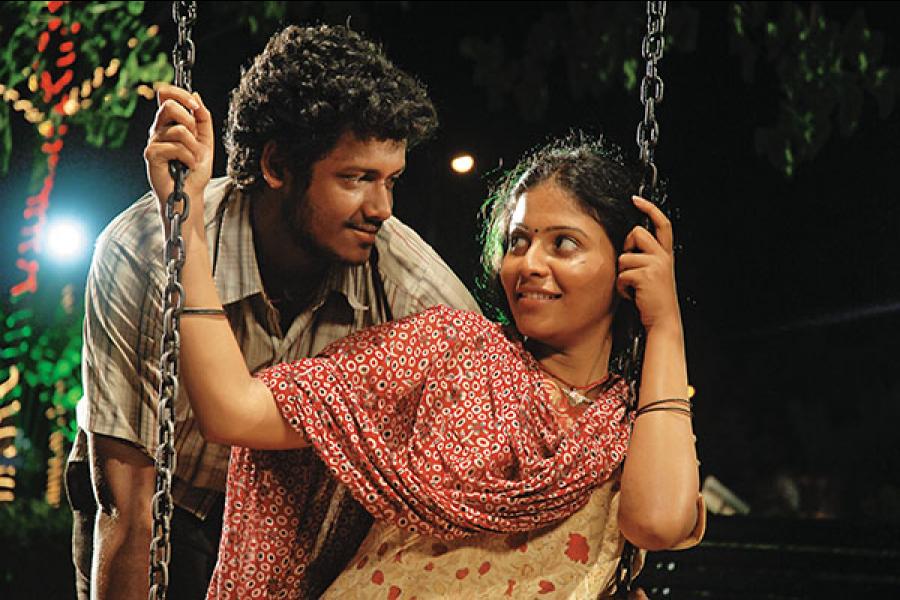 Angadi Theru, written by Jeyamohan, is a story about the lives of young salespeople in discount retail outlets

In My Years with Boss at Gemini Studios, Ashokamitran recounts a poet’s visit. “He was a tall man, very English, very serious and of course very unknown to all of us. Battling with half a dozen pedestal fans on the shooting stage, The Boss [film producer and publisher SS Vasan] read out a long speech. It was obvious he knew little about the poet.”

“Then the poet spoke. He couldn’t have addressed a more dazed and silent audience… The whole thing lasted about an hour; then the poet left and we all dispersed in utter bafflement... What is an English poet doing in a film studio that makes Tamil films for the simplest sort of people?”

Ashokamitran learns that the poet is Stephen Spender; and the mystery of his appearance is solved when Ashokamitran picks up a book called The God that Failed; it was about disillusionment with communism. The truth, then, dawned: Literature didn’t explain Spender’s presence in the studio, politics did.

“Tamil cinema is more about fantasy than realism. It embraces certain types of writers. Writers like Kalki and Sujatha, both of whom wrote for mainstream magazines, and were immensely popular. I don’t know if the more literary writers kept themselves away from Tamil cinema, but Tamil cinema kept them away. But, that’s not to say cinema never had a brush with literature. That happened, and produced very interesting results,” says Mohan V Raman, actor and film historian.

The history of Tamil cinema started about three years after that of Hindi cinema. In 1916, R Nataraja Mudaliyr, a businessman from Vellore, set up India Film Company. His first film, Keechaka Vadham, drew from a story in the Mahabharata, and set a trend for early Tamil films: They retold familiar stories from mythology or lives of saints. There was no role for writers.

In the very early days, the business of cinema was looked down upon. And writers were no different. “Instead of trying to understand this new art form and comprehend its characteristics, the writers spent their time and space deriding it. There was no attempt at understanding the nature of this new medium, and its potential, nor to develop an appreciation for it,” wrote S Theodore Baskaran, in an essay titled ‘Encountering a new art’ (Tamil Cinema: The Cultural Politics of India’s Other Film Industry). It was mostly seen as a medium for the illiterate.

It was left to political activists of the Dravidian movement to make the best use of this medium, to entwine Tamil cinema and Tamil politics. (By this time, cinema had transitioned to talkies, and songs were giving way to dialogues.) CN Annadurai and M Karunanidhi were the stars of this era. The monologue Karunanidhi wrote for Parasakthi found new life in the delivery of Sivaji Ganesan. Although the literary merits of Annadurai and Karunanidhi are suspect, they will be remembered for their political writing in party magazines and newspapers. Annadurai was Tamil Nadu’s chief minister from 1967 till his death in 1969, and Karunanidhi was CM five times, starting 1969, competing first with MG Ramachandran, and then with J Jayalalithaa, both of whom were products of the meeting of cinema and politics.

Tamil cinema, since then, can be seen as a battle to fill the two slots occupied by MGR and Sivaji Ganesan. (The slots passed on to Rajinikanth and Kamal Haasan. It is yet to be seen who inherits them.) “The dominance of stars meant stories had to be written with them in mind. So, typically directors do everything from story to screenplay to dialogues. This leaves little scope for writers,” says Raman.

Some tried to make a dent. Jayakanthan, who made his name in the Tamil literary scene, made a few movies based on his own works, including Unnaipol Oruvan, Sila Nerangalil Sila Manithargal, and Oru Nadigai Nadagam Parkiral. But he is largely an exception.

Perhaps, Sujatha had the most successful stint a writer ever had in Tamil cinema. He established himself as a writer while working for Bharat Electronics (he headed a team that designed India’s electronic voting machines). Perhaps no other writer had a sustained readership over several decades and generations. His association with cinema is a long one: His novels have been made into films, he has written dialogues for a number of films and has authored a book on screenplay writing.

His early columns on cinema (mostly published in a small magazine called Kanaiyazhi) reflect his personal standards for a good movie. These standards are high. He is damning about most Tamil movies of the time, contrasting them with global examples (he recognises the genius of Satyajit Ray from his very first movie). Yet, the movies he got involved in eventually hardly matched his earlier standards, even when the screenplays were clever and the dialogues sparkling. Directors, constrained by the commercial need to make a film widely appealing, ruled over him. He gave the directors a free hand to change screenplays as they wished. He co-wrote Rajinikanth’s last two big super hits, Sivaji and Enthiran.

A decade ago, alongside the well-trodden paths that movies such as Sivaji and Enthiran would eventually take, young directors started paving a different road. Starting with Cheran’s Autograph, there has been a stream of films that can be best described as realistic cinema, with a strong story line, and realistic characters. Many have been commercial successes too.

The new set of directors—Ameer, Bala and Vasantha Balan—are opening gates for literary writers such as Nanjil Nadan, S Ramakrishnan and Jeyamohan. Jeyamohan is best known for his novel Vishnupuram (Ashokamitran called it the biggest effort in 100 years of Tamil literature). He has worked with Bala for Naan Kadavul, an adaptation of his novel Ezham Ulagam (Seventh World), with Vasantha Balan for Angadi Theru, and with Mani Ratnam for Kadal. It’s this stream of movies—the ones that push the boundaries of mainstream cinema—that promises to offer a bigger space for writers.