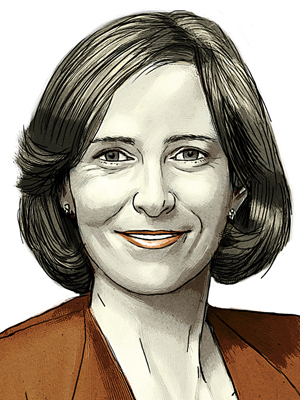 The current discussion over immigration runs to the hot and confused and debaters on both sides tend to forget that immigrants, even the unskilled, contribute to economic growth. Similarly intense discussions raged in the 1920s. Our schoolbooks suggest that the WASP Republican Party succumbed to bigotry and shut out many productive workers, hurting the rest of the country.

While researching my biography of President Calvin Coolidge, I discov- ered evidence that the early 20th century’s record is more nuanced. Yes, Coolidge signed the 1924 Johnson-Reed Act, which tightened quotas, and another Republican, Warren Harding, signed an earlier law that restricted entry. But that’s not the whole story. Americans, including many Democrats, supported those immigration restrictions. A Coolidge veto of the 1924 law would have been overridden. Coolidge agonised over signing that bill because he deplored the exclusion of Asian immigrants, writing: “If the exclusion provision stood alone I should disapprove it without hesitation.” And some of the politicians of the era valued the contributions of immigrants.

The stereotype involving Coolidge is that he was a snobby New Englander, a member of the Mayﬂower crowd, who disliked the foreign born. Coolidge’s ancestors had come over with the ﬁrst Puritans, and he did like a Mayﬂower—the presidential yacht of that name. But Coolidge was no snob when it came to opportunity: “No matter by what various crafts we came here, we are all now in the same boat,” he had said.

Mayflower’s Meaning
What Coolidge did believe in was “Americanism”. By this, he meant as- similation in one’s public life, such as using English at work or in school and serving the country in war. Coolidge thought that if a newcomer wanted to be American, he deserved to be. “Whether one traces his Americanism back three centuries to the Mayﬂower, or three years to the steerage, is not half so important as whether his Americanism of today is real and genuine,” the President said.

Coolidge believed immigrant communities had a strong role to play in America. One of the remarkable documents I came across was the transcript of a 1924 conference call between Coolidge in Washington and Jewish philanthropists in New York—the Jews being one of the groups whose entry was restricted by the new law. Coolidge told the philanthropists that he was grateful to the group for investing in their own community chest and for paying for the poor or weak in their community. “I want you to know that I feel you are making good citizens, that you are strengthening the government, that you are demonstrating the supremacy of spiritual life,” he had said.

Although Coolidge admired immigrants, he feared the establishment of national political interest groups based on ethnicity that could force new laws and government expansion at the national level. His theory was that a smaller federal government would beneﬁt all. This seems to have been accurate. In the 1920s, charities grew and unemployment remained low under his minimalist government. And some who landed jobs were immigrants.

A calm look at the mixed record of the 1920s can bring greater calm to the discussion. What the 1920s suggest is that the US now doesn’t suffer from an immigration problem. It suffers from an entitlement and group-rights problem, to which the individual immigrant plays sorry hostage. The sooner people of both parties recognise this the better, for, as Coolidge said, “We are all now in the same boat.”