Three women have brought sexual harassment conversations in the public domain. Now they demand a collective effort to keep the movement going 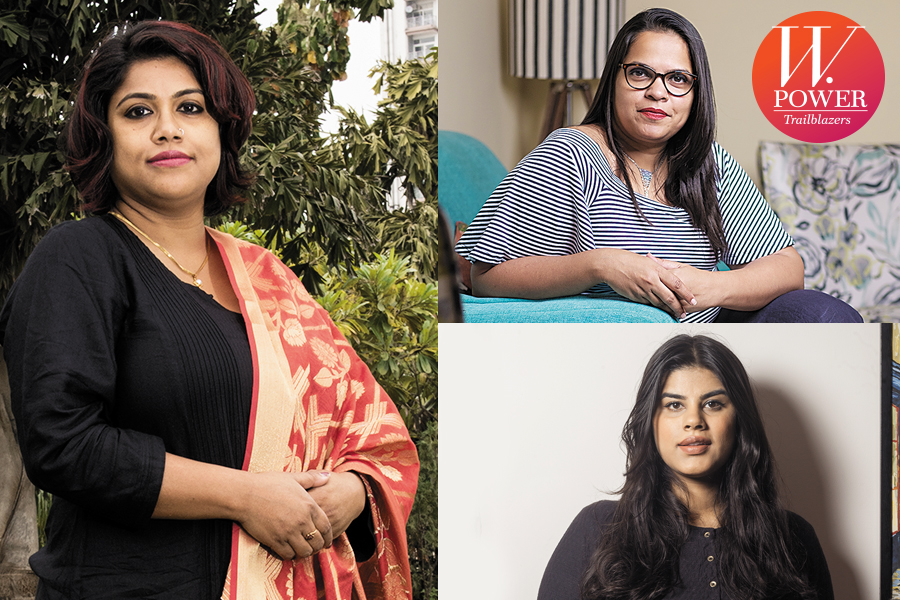 The #MeToo movement has opened up conversation on sexual and other forms of harassment that were otherwise brushed under the carpet. While Tarana Burke, 45, can be credited for starting the movement in America in 2006, it gathered steam only in 2017 when several public figures in the US were shamed. India was quick to follow suit, with crusaders standing up to their oppressors, and helping others do the same. Writer-comic Mahima Kukreja, 28, created a furore in late 2018 when she called out comedian Utsav Chakraborty on Twitter for sending explicit photos to her and other women, apart from asking for nudes. Immediately after, journalist Sandhya Menon, 39, spoke up about the sexual harassment she was subjected to by senior editors, encouraging others to speak up. Journalist Rituparna Chatterjee, 38, has even created a Twitter account (@IndiaMeToo).

The challenge now, the trio admits, is to collectively keep the issue relevant. “The movement is of women, by women and for women. But the onus to sustain it is not only on them,” says Chatterjee. “Now is the time and opportunity for men to do what is right—reflect and help take the conversation forward using their privilege and space—for governments to listen and fix broken systems, for organisations to address sexual harassment as a serious issue and society to find ways for reparation and change.”

The fear of speaking up is something that women grapple with even today, although social media has allowed many to share their ordeals anonymously. “I still get many DMs [on Twitter]…many women don’t want to come out publicly at all. In fact, there are women who just want their stories to be heard, and not shared,” says Kukreja.

More than 38 percent women in India have faced sexual harassment at their workplaces in the IT sector, according to several reports, including one by Ernst & Young. The banking industry tops the list. However, over 70 percent women did not report these incidents because they were worried about the repercussions.

Menon believes that this is an issue for everyone to own and solve. “Women cannot rely on other loud voices; if they have a voice, they should make themselves heard,” she says. Twitter has been useful in this regard. “The facilitation of connections, networking, and amplification during the movement was only possible because of this platform,” says Kukreja.

While awareness and discussion on sexual harassment have emboldened many to name and shame perpetrators, the marginalised continue to deal with trust issues. For instance, in 2017, Raya Sarkar, a Dalit law student and sexual assault survivor—who identifies as transgender—crowdsourced a list of Indian academics who had sexually harassed students, and published it on Facebook. It remains largely unacknowledged.

“Whenever a Dalit person/woman takes an initiative, there is no backing from upper caste feminists. They don’t even get legal help or therapy sessions,” says Divya Kandukuri, 22, an activist who fights for the rights of the marginalised. “Every Bahujan woman is a #MeToo champion...they did not have a Twitter account but came out with their stories. Each one of them is a brave warrior because they fight problems like caste, gender and minority biases on a daily basis.” Chatterjee believes that the mainstream media should have brought stories of such women to the fore, instead of just focussing on celebrities who had been outed. “MeToo is not just led by urban women. There are many women in smaller towns, cities and villages, who, through non-governmental organisations, media or directly, have spoken about sexual abuse in the past,” explains Chatterjee, pointing to women like Bhanwari Devi—a rape survivor from Rajasthan, whose public complaint led to the formation of Vishakha guidelines to deal with sexual harassment in the workplace—and many others from oppressed communities who are leading a 10,000 kilometre Dignity March to fight the stigma of sexual assault.

Senior advocate Indira Jaisingh says it’s unfair to categorise women as urban or rural. “Our institutions need to invest in building awareness among vulnerable women and come up with affirmative action to prevent sexual harassment. While society has been forced to change, the law lags behind,” she says.
The barrage of #MeToo stories has prompted corporates to set up an internal complaints committee as well as ensure POSH (Policy on Prevention of Sexual Harassment) compliance at the workplace.

The trio maintain that these slow but steady changes have been worth the emotional stress they have had to experience as the movement unfolded. “These have been exhausting months for every person who spoke about their trauma, for those who heard hundreds of such stories on a daily basis, and for people who helped survivors bring these stories out and connected them with resources,” says Chatterjee, adding that such conversations were the need of the hour. “Systems take decades to change if society is reluctant to address patriarchy.”

Now, they demand concrete action to end the menace. “We did the work which the government and corporates should’ve done…we need answers from them about the steps they have taken,” says Menon.