Satish Kannan & Enbasekar Dinadayalane: Getting the doctor on chat with DocsApp 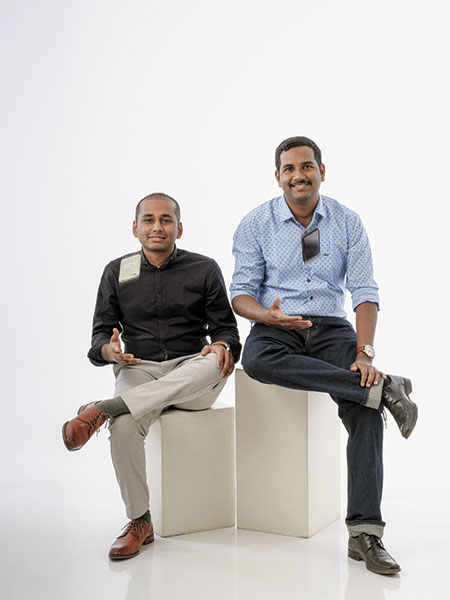 In late 2013, they co-founded Phasorz Technologies Private Limited to build a mobile app that would connect patients to specialist doctors. “The real problem in health care was to make specialist doctors accessible to people across the country,” says Kannan.

In mid-2015, they launched DocsApp, a digital platform with a curated list of more than 2,000 specialist doctors; its internal panel of doctors helps get more doctors on-board, most of whom work at large hospitals in the metros.

Patients can consult doctors through phone calls or an in-built chat application (the app does not allow a patient to book a physical visit to the doctor). On an average, 2,000 patients a day pay between ₹150 and ₹500—about 20 to 50 percent less than a physical visit’s fees—to consult doctors for a range of medical issues; DocsApp gets a commission. Close to 40 percent of the patients are from tier 3 cities and smaller urban areas.

The Bengaluru-based startup has raised $8.4 million in venture capital from top investors like Bessemer Venture Partners and angel investors like Vijay Shekhar Sharma and Anupam Mittal. “It’s a matter of definite pride to be associated with a company like DocsApp,” says Mittal, founder and CEO, People Group. “As they say, it is the people that make a company and the team at DocsApp has some of the smartest, most passionate people I’ve come across.”