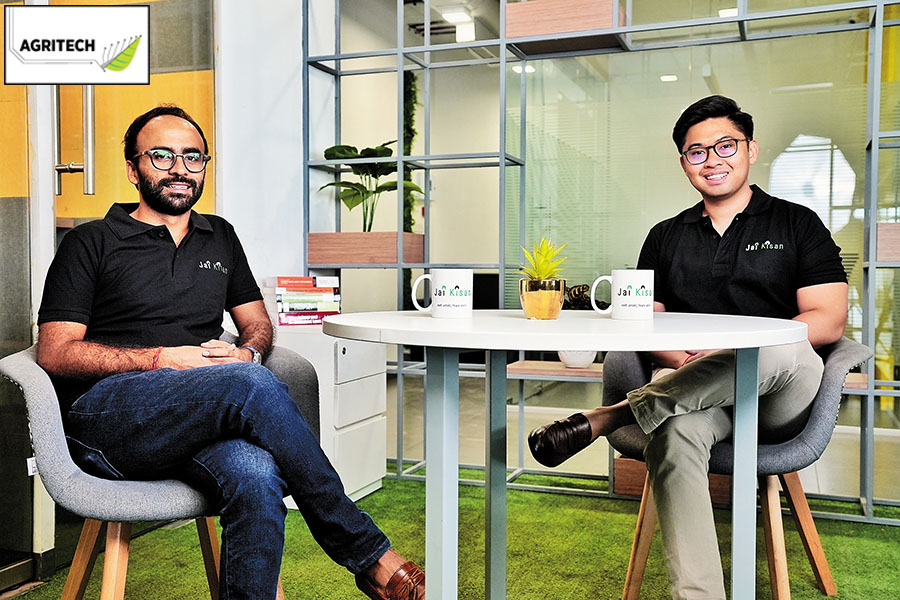 The Reserve Bank of India’s (RBI) growing scrutiny towards fintech startups has led investors to cautiousness. But that is not the case for agri-fintechs—startups that operate at the intersection of agriculture and financial technology. They cumulatively attracted $66 million in funding in 2021 and have already got $52 million in 2022 YTD (year to date), according to data provider Venture Intelligence. One reason for this is the size and enormous potential of the market. India has 126 million smallholder farmers and despite the PSL (priority sector lending), credit to them is still scarce and hard to obtain. Agri-fintech startups are plugging in the gaps to help reach these farmers and lift their fortunes. Here’s a sampling of five such startups:

A customer walking into a Croma store—or any other modern retail outlet—to buy, say, a tablet can easily access an array of EMI options at the point of sale. Payments for the Rs 20,000 gadget can be broken up into smaller, more manageable instalments in minutes.
Flip the scenario and consider a small-holder farmer walking into a shop in rural India to buy farming equipment such as shade nets. Even though this is an asset that will yield him returns, the farmer doesn’t have the same kind of access to financing options, which leaves him with no option but to borrow from moneylenders at usurious rates. “The Indian farmer is the only business owner who buys at retail and sells at wholesale,” says Arjun Ahluwalia, a former private equity professional who co-founded Jai Kisan, along with Philippines-native Adriel Manigo, to solve for the problem.

Jai Kisan enables individual farmers and farming enterprises to purchase farming equipment at interest rates ranging from eight percent to 24 percent. Loans are provided only against productive assets which can be repossessed in case of a default. Data collected on farmers is used to build their credit score.
What Bajaj Finance did for vehicle financing, Jai Kisan is trying to do for farmers. The results are proof: Since starting out in December 2017, the Mumbai-based startup has facilitated $1 billion worth of commerce transactions on its platform and it has seen NPAs of less than one percent, says Ahluwalia. It recently raised $50 million (Rs 398 crore) in a mix of equity and debt in the first close of its ongoing Series B funding round. It has heavyweight backers such as Sygenta and Yara Fertilizers, both leading agriculture companies who have come on board as strategic investors, NABARD, and venture capitalists such as Blume and Mirae Asset.

While overseeing the disbursal of loans against agricultural commodities at ICICI Bank, Prasanna Rao saw first-hand how less than one percent of the loans went to smallholder farmers. “Larger traders got the majority of the loans, but it was the smaller farmers who really needed them and where we saw a large potential,” he says. He left his cushy job and set up Arya.ag along with Anand Chandra and Chattanathan Devarajan in 2013.
Data showed that only one-third of non-perishable commodity grains reached urban centres for sale. The large majority was “lost in the opacity” of the system, says Rao. Besides, most smallholder farmers are forced to sell their produce soon after harvesting due to lack of warehousing and financing facilities. “He needs the working capital, so he is stuck. Instead, if farmers can be granted the freedom to wait for a few months post-harvest, they can obtain much higher prices. That’s where we step in,” he says. 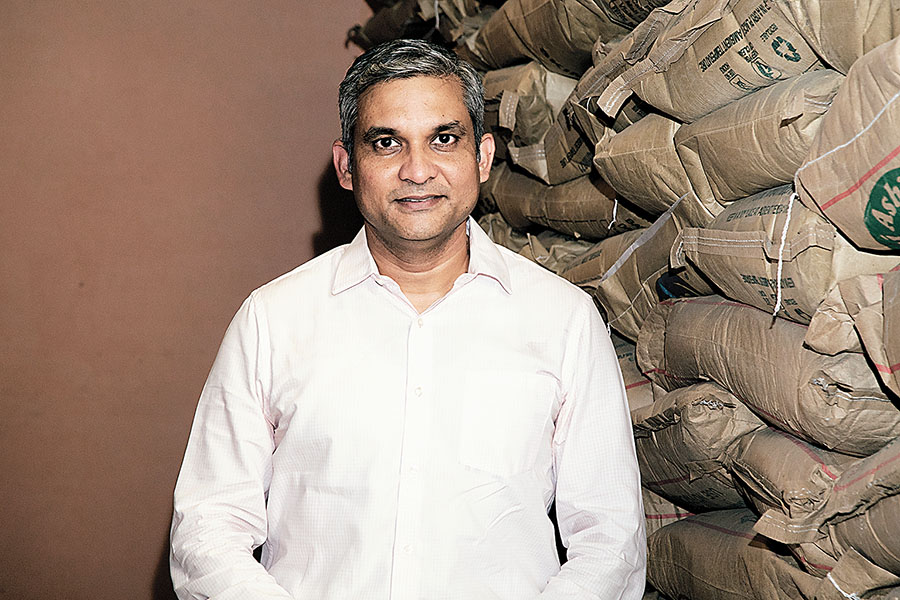 Prasanna Rao set up Arya.ag in 2013
Arya.ag has warehousing facilities close to the farm gate—a network of 10,000 warehouses across 25 states. Through its app, a farmer can discover a warehouse close to him, apply for a low-interest loan and obtain it within minutes. Average ticket sizes range from Rs 3-5 lakh for individual farmers and Rs 25-27 lakh for FPOs (Farmer Producer Organisations). Since the loan is secured against the collateral of a commodity and it is a liquid collateral, Arya.ag has seen negligible default rates, says Rao.
Furthermore, when farmers are ready to sell their grain, Arya.ag helps connect them with sellers, through its digital platform. Thus far, the startup has facilitated the storage of Rs 15,000 crore worth of commodities and, as a registered NBFC, has offered Rs 8,000 crore of finance through its own books as well as its partner financial institutions. “The biggest challenge in agriculture is to bridge the trust gap between the buyer and seller. I think we’ve been able to do that.”

Whrrl, a less-than-two-year-old startup, operates in a similar fashion to Arya.ag, providing warehousing facilities to farmers and loans against the stored commodities. However, the warehouse receipts are tokenised using blockchain technology to minimise fraud, duplication and lending beyond capacity—problems that commonly plague the system.
“All these issues are eliminated on the blockchain,” says Ashish Anand, co-founder and CEO. Whrrl currently has a presence in 1,400 warehouses, primarily in Maharashtra, but also in four other states and has disbursed over $6 million in loans to more than 18,000 farmers over the last 12 to 14 months. 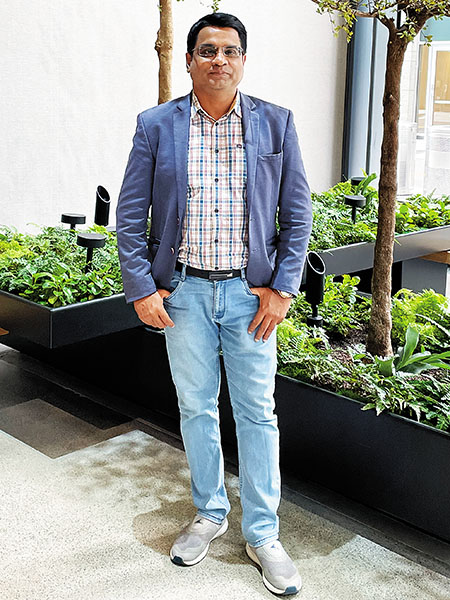 Ashish Anand’s Whrrl provides loans against warehouse receipts on blockchain
Going a step further, Anand along with his co-founders Abhishek Bhattacharya and Falguni Pandit will soon launch Bru Finance. Those tokenised real-world assets [warehouse receipts] will be converted to NFTs (non-fungible tokens). Investors can buy and sell those NFTs on the Bru platform, indirectly loaning the farmer money to carry out his activities. “NFTs will be bought and sold using cryptocurrencies, and we are trying to work out a way wherein the farmer can quickly convert that crypto to INR,” says Bhattacharya. “So in a way we are bridging the gap between centralised finance (CeFi) and decentralised finance (DeFi).”
But given the volatility in crypto prices, will FPOs and smaller farming enterprises—Bru’s target customers—buy into the concept? “That’s why we will be using Tether, a stable to carry out these transactions,” says Bhattacharya.
Despite the collapse of Terra, a so-called stable coin pegged to the US dollar, in May, the co-founders are bullish on the uptake. “We’re currently testing it and the service will be available not just in India but in Africa and Southeast Asia which have similar agricultural markets like ours,” says Anand.

Samunnati, a Chennai-based startup that provides market linkages and financing solutions to smallholder farmers, crossed the `10,000 crore gross transactional value (GTV) mark across its agri-commerce and agri-finance solutions in January. Anilkumar SG, founder and CEO, said, at the time, that it was a “significant milestone” in Samunnati’s six-year journey.
Over 50 percent of this GTV came in the 18 months prior, despite the pandemic. In Thoothukudi, for example, a district in Tamil Nadu with over 1,500 farmers, the farmers were unable to find buyers for their produce—coriander, chillies, onions, pulses and maize. Samunnati stepped in and through its platform, which connects over 1,500 farmer collectives with a combined member base of over six million farmers, was able to help them.
Samunnati, which works across 22 states, but has 30 percent of its business coming from Tamil Nadu, also provides working capital loans, bill discounting loans, short-term loans provided for a period of less than one year, and long-term five-year loans to help farmers and agri-businesses purchase farming equipment or other infrastructure. As Anilkumar says, “Samunnati’s vision is to make markets work for smallholder farmers.”

Telangana-based Hesa, founded by Vamsi Udayagiri and Hema Nandiraju in 2019, connects corporates, banks, governments and even NGOs with last-mile rural customers using a “phygital” approach. Its B2B digital platform connects the two parties online and a village-level entrepreneur called a ‘Hesaathi’ serves as the physical touchpoint. Think of them as business correspondents who help Hesa’s clients better interact with rural customers. “The rural commerce ecosystem is driven by trust, relationships and physical interactions. So Hesaathis play a pivotal role,” says Udayagiri.

Besides working with brands such as P&G and Himalaya to reach rural Indians with buy-sell propositions, Hesa works with banks to help rural customers with services such as opening demat accounts, setting up fixed deposits or getting loans. The startup, which raised $2.3 million in a pre-Series A round led by Venture Catalysts in June, is also looking to equip 60,000 Hesaathis—up from about 30,000 now—with technology tools to help rural customers to pay bills, withdraw money and recharge mobile phones.
Currently active in Telangana, Andhra Pradesh and Karnataka, Hesa plans to expand to five more states in the next quarter. “We do over 15 lakh transactions a month on our platform and are aiming to double that by the end of this financial year,” says Udayagiri.

Tweets by @forbesindia
Photo of the day: One for the teachers
Festive Season Demand: Uptick in sales and consumer spends fuel need for home, personal loans