Agritech investors: Not for the faint hearted

Investors don't doubt the potential and opportunities that India's agritech sector provides, but investing here is a game of patience as business models take longer to be productive 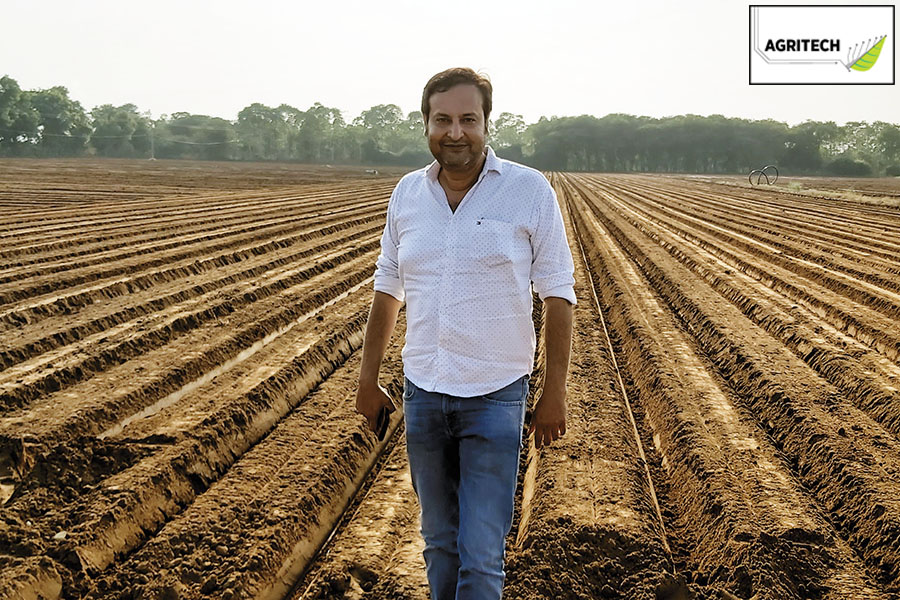 With agriculture contributing a fifth of India’s GDP, about 40 percent to total employment and growing at nearly 20 percent CAGR in recent years, one would think private equity investors and venture capitalists would have—like in ecommerce and fintech startups in earlier years—been lining up to make rapid investments into agriculture technology (agritech) startups, as payment gateways and logistics started to get built. But this sector is yet to announce a unicorn.
And for every DeHaat—and later Ninjacart, WayCool Foods and Udaan—invested into in recent years, there are a large number of small- and mid-sized agritech startups that are starved of capital.  DeHaat in 2021 raised $115 million as its Series D funding, led by investment firms Sofina and Lightrock. Walmart and Flipkart-backed Ninjacart has raised $154 million through two rounds of funding in the last eight to nine months.

It only indicates that this is a large market offering huge opportunities, but is still full of complexities. Geo-political concerns and perceptions that India has become a protectionist market might increase concerns that investments into agritechs will only come from serious PE/VCs and it might remain limited or slow down again. Does this spell doom? Not at all. The potential for growth for the sector is substantial.

The tech in agritech

“There are two changes that are driving growth: The macroeconomic, domestic consumption move and increasing integration of technology across sectors. Agritech is one of the pieces which is seeing this,” says Rahul Taneja, partner at venture capital firm Lightspeed. “For the longest time, there was no tech in agritech, we only had platforms addressing inefficiencies without leveraging technology,” he adds. All this has changed in the last five to 10 years, where the enablers of the agri economy—payments and logistics—are being built.
The Indian agriculture market is large, which makes it attractive but also “complex”, Taneja further says. The complexities range from seasonality, regional crop diversity and a maze of players including financiers, agri-input providers, buyers, middlemen/brokers, mandis/ FPOs/APMCs and wholesalers/ retailers in cities. “The large market size is seductive but it is important to keep in mind the complexity, which means this is a multi-year problem to solve.” It has, however, also meant longer investment cycles for investors, compared to those in the payments business. 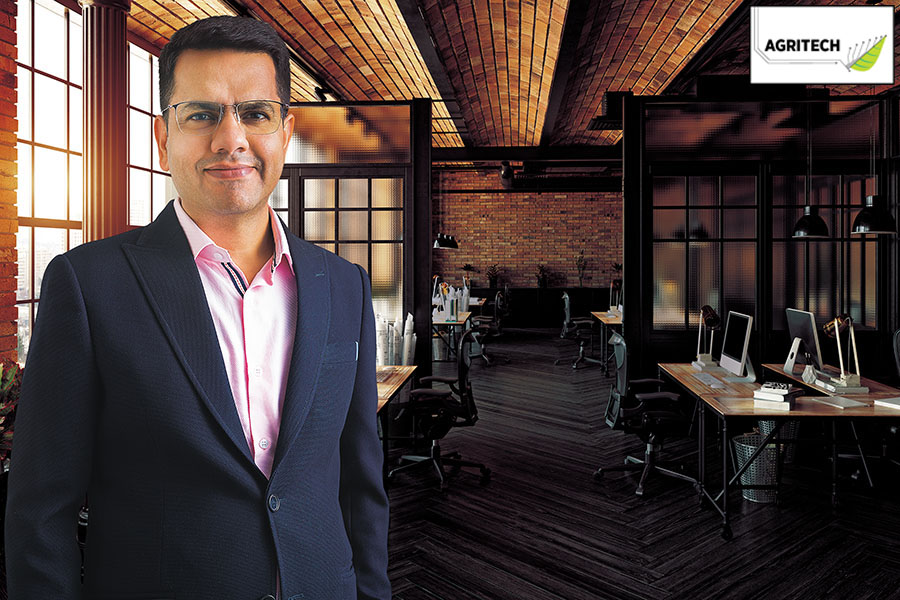 “The pace of return on investment is not very different from ecommerce or fintech. Of course, agritech businesses may take longer to build,” says Rahul Taneja, Partner, LightspeedLightspeed’s investments include Wheelocity, a supply chain network enabler working with retailers, ecommerce and quick commerce companies for fresh fruits and vegetables. The startup raised $12 million through Series A funding headed by Lightspeed and Anicut Capital. The VC has also invested in Vegrow, whose B2B marketplace aggregates wholesalers and traders and links them with farmers.
Some verticals in the agri space are likely to emerge strong in coming months. Taneja finds the cross-border agriculture business as “interesting” and it will carry strong tailwinds. Second, he says, startups that address the stubborn problem of food wastage by bringing in efficiencies through technologies, will stay relevant. Third, startups that assist the input side of agriculture—such as BharatAgri and Krishify—making farmers more efficient in increasing crop yields (by providing advisory services, input financing tools or enabling better penetration of inputs by themselves such as seeds, equipment), stand to gain.Also read: Tech startups and new laws can disrupt India's agri sector. Here's how
In terms of productivity, agriculture and allied services segments are expected to grow to $360 billion gross value added (GVA) by 2030 from the $250 billion+ in 2020, at 4 to 5 percent CAGR, according to Sequoia estimates. Experts are confident that, in the coming years, a few trends will play out. “India’s agri output mix will start moving to high value produce, including horticulture, dairy, meat, and fisheries,” Prachi Pawar, vice-president at Sequoia India, told Forbes India. This, she says, will open up opportunities such as exports and increased adoption of agronomy support, farm nutrition and mechanisation products.Sequoia’s main investments in India’s agritech sector include Absolute, a plant bioscience company that helps farmers increase crop yields; Animall, which provides dairy farmers with access to good quality/breed of cattle by helping buyers meet sellers on a user-friendly mobile application, and Bijak, a B2B agri-trade platform for commodities between local aggregators and commission agents who are intermediaries and control a large part of the farm produce supply chain. Absolute has been able to increase the farmer’s yield by up to 30 percent per acre, resulting in a nearly 40 percent increase in profitability, chief operating officer and co-founder Prateek Rawat says, without naming a specific time period.

The agritech sector came into the spotlight during the pandemic as investors did not want to miss on technology-led opportunities in this segment. Between January 2020 and June 2022, 100 agritech startups raised close to $1.33 billion across 139 deals. This included 37 deals worth $155 million in 2020, 58 deals worth $636 million in 2021 and 44 deals worth $539 million till now, according to data tracking platform Fintrackr.Also read: Sustainable agriculture has potential to herald the next green revolution
People saw agriculture as a critical sector and GMV and GTVs became buzzwords. “But in March 2022 came the meltdown, where rising food inflation, supply chain concerns, and the Russia-Ukraine war all became concerns, and investors who were not serious agritech investors started to slow down their investment decisions,” says Deepak Pareek, CEO of Agriwatch, a consultancy and market intelligence firm.
Pareek said the mindset was also starting to change on whether there was a need for complex technology to change the market or whether these were only supply chain issues that need incremental improvements rather than technology-based disruptions.
“Policy issues, such as India restricting wheat exports and its bold counter-push, rightly, on food security and public stockholding at WTO Ministerial Conference, also impacted funding decisions. PEs and VCs are more receptive to countries where regulations are either limited or are already well defined,” says Pareek, a serial entrepreneur. The impression created from recent WTO negotiations was that India was protectionist towards its market and is moving away from its stated policy position. Further, the US Feds policy changes along with the factors above have led to a serious capital crunch.
Only those startups who were well funded are still getting more money as they are more stable and have well-defined short and medium-term plans, as seen through successful fundraising by the likes of Udaan, Cropin, Ninjacart and DeHaat, Pareek says.
But he fears that approximately half of the agritech, which are valued at less than $5 million, are finding fundraising a challenge. “In the next six to eight months, you will find a large percentage of these startups will wind up or will be on fireside sale due to capital constraints,” Pareek says. Around 75-100 small- and mid-sized startups raised capital in recent years and needed further capital but have not been in a position to raise more.

Investors have not jumped into the expanding agritech space aggressively due to a range of factors. The agriculture business takes longer to build (not a promoter/founder-led issue). Sequoia’s Pawar suggests it’s “too early” to call on the return on investments. “This is just the beginning and it is too early to call on the return on investments in this segment. The last five years have seen 10x growth in funding. Covid-19 had a net positive impact for agritech companies... 80 percent of companies we’ve met have reported strong growth over the last fiscal,” she says.
She says that if startups want to build a large successful business with farmers as their customers, showcasing monetary value being created is critical. Last, given that the margins are thinner compared to other businesses, startups will have to diversify into various business lines to expand spends per business/farmer, once acquired. 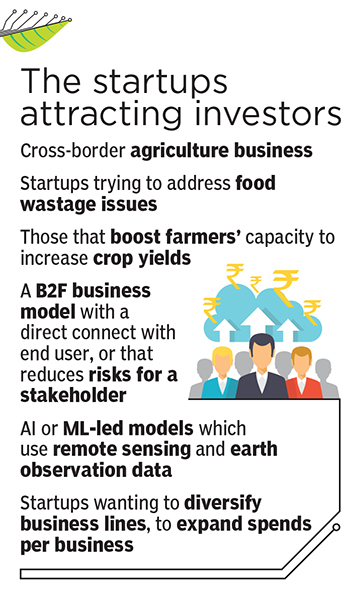 Lightspeed’s Taneja believes agritech in India is at the great point in the evolution curve. “This is the time for agritech. We do not see the pace of return on investment as very different from e-commerce or fintech. Of course, given the complexity, the agritech businesses may take longer to build. But then again, no sustainable company gets built in three years; every generational company takes seven to 10 years to build.”
Pareek says the traditional 3-6-9 model of business does not work in agriculture: Three months to test the product and create a prototype; six months to go to market and conduct demos and pilots and nine months to get the first paying customer and scale up revenues.
“In agriculture, the seasons vary depending on the crop you are working with and this itself can extend to three to six months. Ideation, prototyping, testing and revenue generation takes longer,” he says.
It has meant that agritech investments into pre-Series A/Series A funding have not seen problems—as the potential is strong—but there have been challenges in finding investments in Series B, C, and subsequent rounds.
There is no doubting the intention and the focus of startups working either to address inefficiencies in the supply chain structure or food wastage or boosting crop yields. Investors too have understood this and are more patient with their investments. Sequoia’s Pawar sums it up: “Comparison to other sectors may not be fair given that consumers of agritech startups— the farmers, traders and others—started using technology a lot later as compared to consumers of sectors such as ecommerce, fintech. The start of another investment success story could unfold in the next five to seven years.”

Tweets by @forbesindia
Amazon to unveil its $1 billion bet with 'The Lord of the Rings: The Rings of Power'
California law would make tech firms think of children