Tendulkar's life on the pitch has been analysed to the point of rhetoric, but few are privy to what goes on in his head 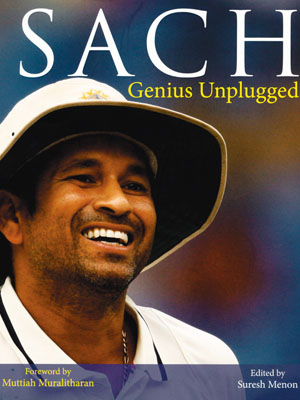 Sixteen essays by eminent sports writers, former players, teammates and cricket coaches try to do justice to the legend of Sachin Tendulkar. The word ‘try’ is important because only a few of them succeed.

Tendulkar is an intensely private individual. His life on the pitch has been analysed to the point of rhetoric, but few are privy to what goes on in his head. He never lets his guard down, not on the pitch, not in his head. And you can forget about his family life. To get that little bit extra, read Anil Kumble and Rahul Dravid. Both the greats have seen him from close quarters and share an experience or two.

Sanjay Manjrekar takes a leaf out of Malcolm Gladwell’s Outliers and writes on how hitting cricket balls for more than 10,000 hours made Tendulkar into the perfect batsman. Coach Makrand Waingankar recounts incidents from the days when Tendulkar was a 12-year-old.

The book has some rare photographs of the batsman: One where he’s dressed up as Gabbar Singh in a team building exercise is my favourite.

At the end of the book, you get a familiar feeling: People who don’t know Tendulkar try to talk about him and those who know him don’t say much.