Bizjets are great acquisitions, but operating them is a daunting task

Bizjets can be a troublesome indulgence for India Inc: Blame it on red tape, perception and poor infrastructure 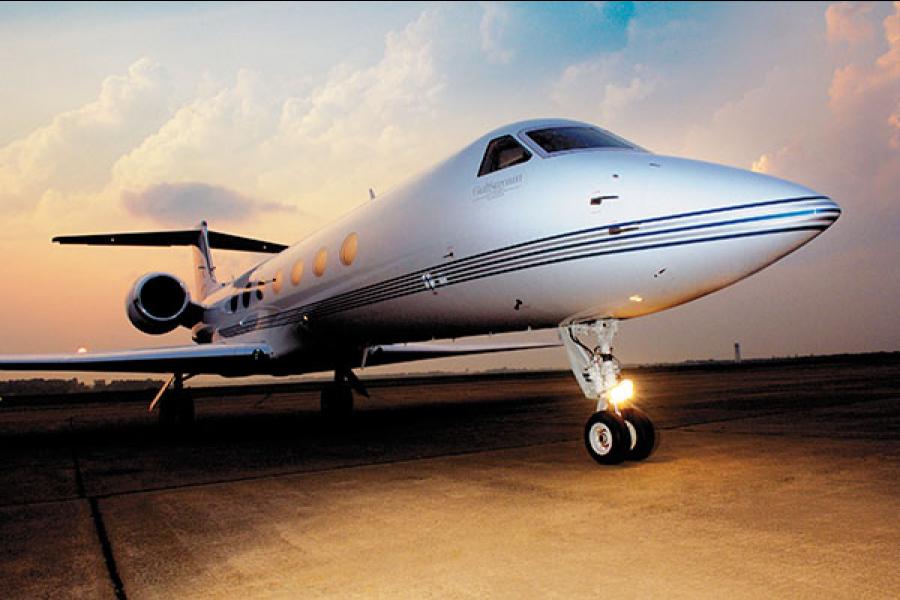 Being an aircraft owner is little fun in India these days. It can be compared to the woes of a Chevrolet Impala owner in the late 1960s: It draws attention and everyone hates you. And in the case of airplanes, it’s not just the neighbours.

Take the case of Aditya Khaitan*, a Mumbai-based entrepreneur. The founder of two listed companies, he started out in the construction business and has diversified into other sectors over the years. Khaitan owns a Hawker Beechcraft (with two other partners) and a helicopter, both bought for his business convenience. Or so he thought.

Consider that for his aviation team at the airport, preparing for a flight out of the city is a mini production. Mumbai’s airport operator MIAL (Mumbai International Airport Limited) has made it clear that it has no space for small aircraft. Consequently, his plane, like many others, is parked in Pune. (It used to be stationed in Nashik earlier, but that airport has its own problems.) Now, when Khaitan needs to use the jet, his pilots have to take a commercial flight to Pune on the previous day, and fly in the aircraft to Mumbai for him.

If that sounds cumbersome, how about this: The plane cannot fly into or out of Mumbai between 8 am and 10 am, 5.30 pm and 7.30 pm, 9.15 pm and 11.15 pm or 2 am and 4 am. These are peak hours for the airport, and the right of way belongs to commercial airlines. And if Khaitan wants to fly to Goa (or any of the dozen-odd defence-controlled airports in India), he has to take into account their curfew timings too. Goa airport, for instance, does not allow civilian traffic between 8 am and 1 pm. “A simple flight to Chennai can become a logistical nightmare,” says his operations chief.

And here’s what’s worse: Khaitan and the dozens of aircraft owners in India are now treated on par with commercial airlines. All compliances, in terms of checklists, documentation and clearances, are the same for airline operators and a single-aircraft owner.

Bigger fleet owners such as Reliance Industries and the Aditya Birla Group—who have several aircraft—can manage this better as they have the manpower required to complete all the procedures. The smaller ones, however, are finding it tough. For instance, Khaitan and his senior management need the jet for flights to, say, Nepal, where he has business interests. But they are currently not allowed international operations. Late last year, the Directorate General of Civil Aviation, civil aviation regulator, introduced new rules through a 300-page rule book called CAP 3100. This mandates that everyone comply with a checklist of 30 to 35 items. Khaitan’s team submitted its papers in June, but is yet to be cleared to fly abroad.

Over a third of the 100 billionaires featured in the Forbes India Rich List this year are aircraft owners. But the hassle of operating a business jet is daunting potential buyers.

India has long been pitched as a big market for private aircraft. Bizjet manufacturers had established India offices and spare depots in the hope that newer (and smaller) entrepreneurs would take to the skies. Indian business jet owners have over the decades bought planes from the big legacy plane-makers who provide spare and maintenance support in India. Four of them—Gulfstream, Bombardier, Cessna and Hawker Beechcraft—are from North America. French plane-maker Dassault and Brazilian Embraer are the others. Competition is stiff and all of these had hopes of big business from India.

And many pharma and tech billionaires were taking test-rides, trying to choose between different aircraft types. But new data belies these hopes. The number of business aircraft registered in India has declined over the last one year. Data from Business Aircraft Operators Association (BAOA), a forum established by aircraft owners, shows a fall from 2012 when 556 business aircraft were registered to 552 in 2013. The numbers are likely to be lower this year. There have been few new sales and a glance at online aircraft trading websites shows that half-a-dozen Indian registered aircraft are listed for sale.

Industry insiders say red tape is killing private aviation. And this is a serious drawback to the ease of doing business in India. Foreign investors and fund managers on short, multi-city trips to India often face the brunt of this gap. For instance, when real estate tycoon Donald Trump visited Mumbai in August, he had to cool his heels in his ultra-luxury Boeing 757 at the Mumbai airport for nearly four hours as his staff scrambled for permission to land in Pune. The IAF headquarters in New Delhi had to grant clearance because foreign nationals were on the plane. It took off after the paperwork was complete.

Comparisons with the US and other more developed economies are meaningless. But Indian businessmen with interests in Brazil often point to the stark difference between the two BRIC nations. Brazil has close to 1,500 airports and airstrips, compared to India’s 150. Investors in the Brazilian sugar industry say easy availability of aircraft on charter makes travel within the massive country very simple. Rohit Kapur, president of BAOA, says, “Business and general aviation plays a constructive role in various economies by improving the reach of businesses. We cannot expect balanced growth in a country with such a vast geography if industry captains cannot reach resources and business opportunities.”

The number of business aircraft in India is already small compared to the size of the country (552 planes, of which only 126 are pressurised aircraft—those that can fly only over a certain altitude).

Government rules allow business jets to be imported in two categories—either for private use or as a non-scheduled operator (someone who can charter the aircraft to others). While a plane imported for personal use attracts import duties between 19 percent and 21 percent, those for charter have lower duties at 2.5-3 percent. As a result, many private jet owners import aircraft through the NSOP (non-scheduled operator permit) route to save on customs duty.

Apart from bureaucratic hassles, the economic slowdown has also resulted in many buyers reviewing their decisions, says Ravi Menon, executive director of Air Works India, the largest and oldest private jet maintenance company in the country. “Buyers who had ordered when the rupee was at Rs 45-50 to a dollar are doing a re-think now that the planes are ready for delivery,” he says.

The result is a stagnant business aviation environment. One Haryana-based steel major has decided not to take delivery of a $50 million (about Rs 300 crore) long-range jet. The group has, in fact, been looking for a buyer, sources tell Forbes India.

There was a huge run-up in aircraft orders in 2007-08, when India Inc was bullish about the future of the economy. A majority of infrastructure companies like GMR, GVK, DB Realty and DLF ordered the latest business jets that could fly farther and faster. Back then, each of these companies had multiple projects in India and overseas, and they were tapping the markets to raise money almost at will. Today, many of these companies are saddled with debt, and are selling assets to repay loans. (Some have retained the planes and are able to sustain them by chartering them out.)

The downturn has also led to an unspoken disapproval of aircraft ownership. In India, this is even more prominent as some promoters try to mask their aircraft purchases. Shareholders don’t like it and neither do bankers. For this story, Forbes India spoke to four aircraft owners who agreed to talk only on the condition of anonymity. While everyone complained about the difficulties of flying in India, they all hope that things will improve.

This hope—and habit—keeps Khaitan’s jet fuelled as well. When asked if he would give up his private jet and start taking commercial flights, his answer was unequivocal. He pointed to his desk which has a quote from Leonardo da Vinci: “For once you have tasted flight, you will walk the earth with your eyes turned skywards, for there you have been and there you will long to return.”

Tweets by @forbesindia
Scale, Reach and Speed essential, but Manoeuvrability also must to taste economic success
Farmhouses are now havens where the rich retreat to escape the city