Posh Wheels for the Luxury Customer

Rides you shouldn't do without if you can afford them 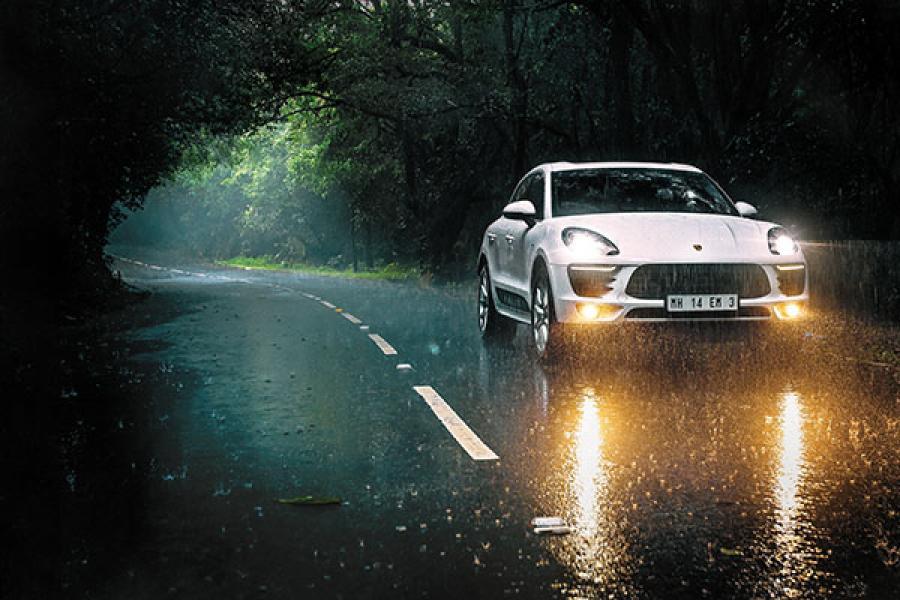 Small & Stylish
Porsche Macan
Porsche’s baby SUV—and its smallest SUV yet—is by no means small where it matters. From the 245 horsepower diesel to the 400 horsepower V6 turbocharged petrol, the Macan is the veritable sports car in SUV guise. Complementing that performance is a dynamic ability that can put many sports cars to shame. With grip that could yank tarmac off any road, the Porsche Macan is fabulous to go hunting down corners on your favourite stretch of road. It has also got a tremendously capable off-road package that will take it far beyond. Stylish, luxurious and a raft of cutting-edge features give it an edge over its rivals, namely the Range Rover Evoque. The Porsche Macan is fast fading away from showrooms, thanks to a huge global demand that has seen over a year’s production already sold out.
Price: Rs 1 crore APPROX 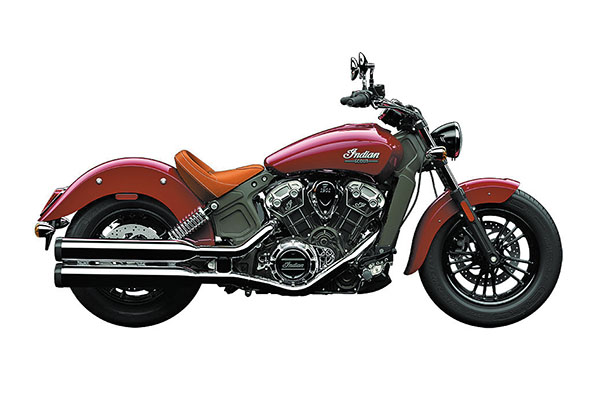 Thrillingly Fast
Indian Scout
The Indian Scout is a terrifyingly historic name for a motorcycle. Indian is one of the oldest motorcycle names and has a rich history of fundamental motorcycles as well as a tragic tale of floundering between owners. But under Polaris’ control, the brand has flourished. The Scout is its new entry cruiser model which is long and low, but also much lighter than its peers, which allows its new 110 PS V-twin engine to propel it impressively. The angular styling and the wealth of cast details on the engine makes this a modern take on a traditional style of motorcycle.
Price: Rs 13 lakh approx 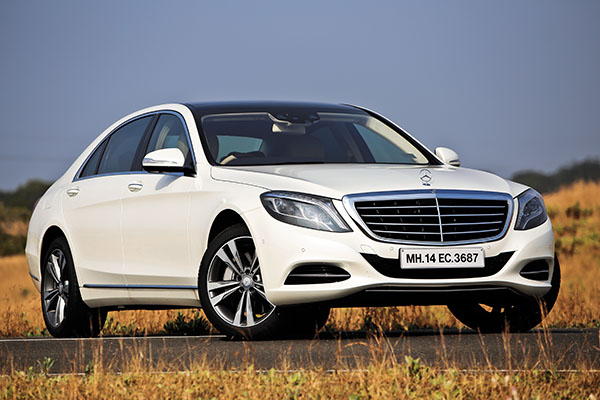 Simply Stunning
Mercedes-Benz S-Class
The 2014 Mercedes-Benz S-Class comes with technological features that the rest of the automotive world will strive to better or emulate. What will strike your eye is a stunning cabin which sets a new benchmark for interior design and style that could make even Jade Jagger swoon. In India, the S-Class is offered in the petrol powered S500 trim, one of the most powerful S-Class limousines ever manufactured. There is also a diesel, but when you buy such a car, you want an engine that is just as silky—stick to the petrol.
Price: Rs 1.5 Crore APPROX 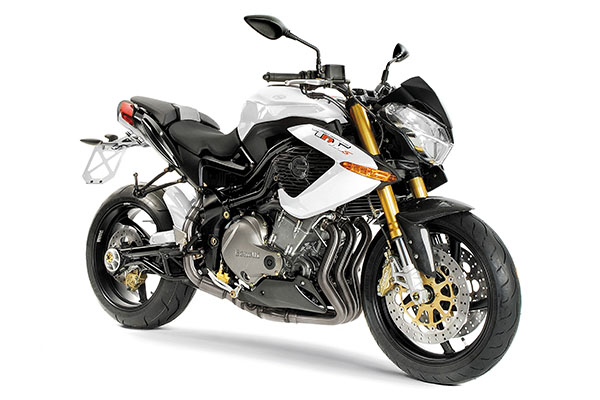 Explosive Stuff
Benelli TNT
The Benelli TNT isn’t a new motorcycle. But from the start, it has reminded us of an intense, angry insect. And if you’ve ever messed with a bee, you know enraged insects aren’t to be trifled with. Neither is the TNT. This delightfully complex confection is powered by a 1130 cc inline four cylinder that makes 160 PS. That’s a massive amount of power for a stubby motorcycle with a great chassis, tremendous looks and a hallowed old Italian brand name. Now, DSK plans to assemble this in India; this means you’re about to find in the TNT, a new definition of performance. It’s going to be explosive!
Price: Rs 10 lakh (estimated) 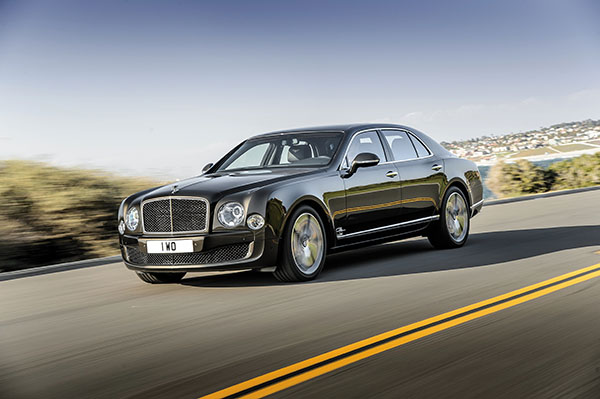 Super Sedan
Bentley Mulsanne
Bentleys are one of the most luxurious limousines in the world, and ever since Volkswagen AG bought out the company in 1998, they have become more valuable. Recently unveiled at the Paris Motor Show 2014, the Mulsanne Speed is the most powerful Mulsanne ever produced. Bentley’s engineers at Crewe, England, massaged its 6.75-litre turbocharged engine to produce a peak output of 5120 horsepower and a staggering 1100 Nm of torque. This propels the near-three tonne behemoth to a top speed of 305 kmph and a 0-100 kmph time of just 4.8 seconds.
Price: Rs 5 crore+ approx 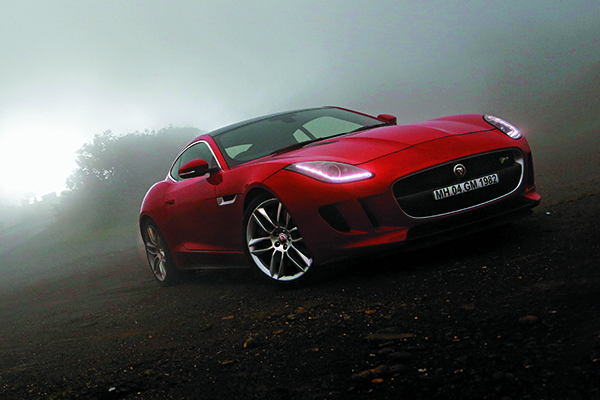 Boys’ Toy
Jaguar F-Type Coupe
Jaguar does not build blue blood sports cars often, but when it does, you can bet your last rupee that it will be remembered for ages. The F-Type is a sports car that has etched its name for posterity. Constructed entirely from aluminium, it is available as a convertible and a hardtop coupe. It is powered by a choice of either a V6 or a V8 supercharged petrol engine. Peak power outputs range from a modest yet robust 340 horsepower rising up to a giddy 550 horsepower from the V8.
Price: Rs 1.4-2 crore 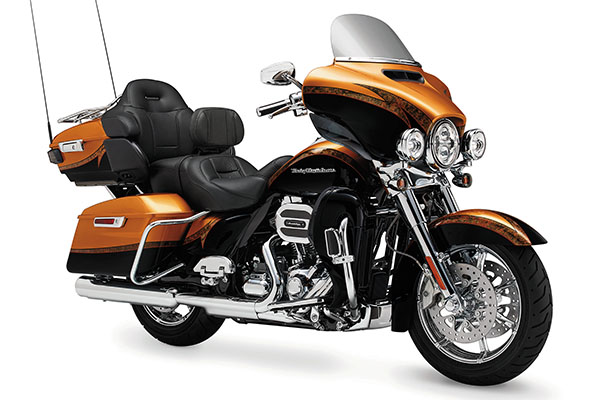 Spectacular
Harley-Davidson CVO Limited
Harleys are spectacular. Now imagine a Harley that the manufacturer thinks is spectacular even by its standards. That’s a CVO, or Custom Vehicle Operations special—like this CVO Limited which will go on sale in India shortly. It’s based on an already-expensive full dress tourer. But the artists at CVO add lovely paint and decals, a raft of deeply chromed parts from Harley’s extensive catalogue of upgrade options and then smoothly slide in a bigger, more powerful engine to make it special. This delectable CVO Limited is about as exclusive a Harley as you can buy and one of the most powerful to boot. What’s not to like?
Price: Rs 50 lakh onwards (estimated)

Tweets by @forbesindia
Dilip Piramal lives in the lap of luxury, but values his time the most
Luxury hotels that prosperous travellers love most