Tarun Tahiliani's Ensemble has neither lost its appeal nor its exclusivity

Even after 27 years, Ensemble, the first luxury brand in the country to celebrate Indian designers, remains a trendsetter in the fashion world 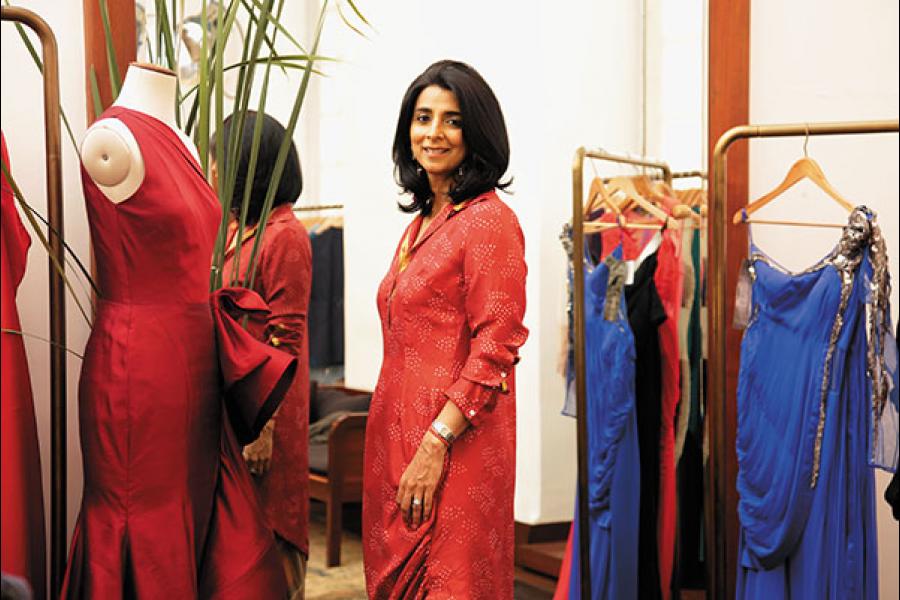 The new-age consumer wouldn’t recognise India of the 1980s. The economy was closed, business was stagnant, and the vibrant indigenous fashion and haute couture industry of today was non-existent. In this vacuum, fashion designer Tarun Tahiliani and his wife Sailaja opened Ensemble, the country’s first multi-designer luxury studio. “I started Ensemble in 1987 with my wife to promote the best of Indian design because I thought it was odd that 40 years after independence we were still sending our best products abroad,” says Tahiliani.

Ensemble was the result of a conversation between the Tahilianis and the late fashion designer Rohit Khosla. “We were on a shoot, where Rohit was styling Sailaja as the Vimal campaign girl. We discussed the need for a design house that acknowledged quality, promoted Indian designers, gave them a voice and the freedom to express themselves,” says Tahiliani, 52.

There was no dearth of talent but a majority of Indian designers then were working for international labels. The Tahilianis wanted to rectify that. In December 1987, they opened Ensemble’s flagship store at Lion Gate in the heritage quarter of south Mumbai.

Twenty-seven years later, the luxury brand thrives in a hyper-competitive market, and has lost neither its appeal nor its exclusivity. An Ensemble store is an oasis of calm and luxury, where ornately designed saris brush against cocktail dresses. It has five stores in India, and retails designs from Tarun Tahiliani, Sabyasachi, Manish Malhotra and other coveted labels. In recent years, it has also started stocking clothes and accessories by South Asian designers.

The brand owes much of its continued success to Tahiliani’s sister, Tina Tahiliani Parikh (47), Ensemble’s executive director. In 1992, the designer left the running of Ensemble to Parikh, who was an investment banker in San Francisco at the time. She joined the business at 24 and admits that, at first, she felt out of depth. Today, Parikh is one of the driving forces in the Indian fashion world. “Over the years, I’ve learned that there’s no need to be intimidated by the glamour [of the fashion industry]. At the end of the day, we have to pay our rent and grow the business,” she says.

Parmesh Shahani, editor at large of Verve magazine and head of Mumbai-based Godrej India Culture Lab, who has been following Ensemble’s progress over the decades says that the combination of Parikh’s professional buying approach and eye for talent makes the business “unique and peerless”.

Ensemble can be credited with introducing a structured approach to fashion buying, the business of identifying successful catwalk trends. As a retailer, managing stock is crucial and it is Parikh’s job to determine what fabrics, patterns and designs her clientele may want. “What you’re selling now may not be in vogue six months down the road. Stock can kill you if you over-buy, and it can kill you if you under-purchase,” says Parikh.

The business follows two models: In the first, Ensemble sources or commissions products from designers and sells them at a markup. The second, less risky, route is the consignment model where designers send their creations to the luxury house. If the clothes don’t sell, Ensemble returns them. On the face of it, the consignment model appears to have zero risk, but that’s only if you discount the opportunity cost of rack space, says Parikh.

At an Ensemble store, rack space is at a premium, and if a designer sends clothes that customers are not interested in, it’s a lost opportunity to showcase other popular lines. “Consignments help with cash flow, but must be used in a balanced way,” says Parikh.

The risk of buying duds is ever-present but Ensemble has built a reputation of stocking products that people demand. It has become a trendsetter, encouraging designers to focus on lowering their production costs and targeting the Indian buyer. “Ensemble created a market before India’s economic liberalisation, before the boom of fashion magazines and before the iconisation of celebrity designers,” says Shahani. “Its strength is curation. It has launched many designers, and showcases all the big names.”

Ensemble’s biggest challenge in the future will be to remain relevant, and reflect the best of Indian fashion. And Parikh espouses a measured patriotism. After all, she’s got rent to pay and clothes to sell.

Tweets by @forbesindia
Glorious history of the Waldorf-Astoria hotel
Victoria's other secret: A peek into the mind of America's lingerie doyen