Wish fulfilment: Concierge services that make all things possible for their clients

Concierge services, the modern-day genies, tick all the right boxes for their uber-HNI clients, making everything possible from the extreme to the impossible. And over the last decade, the offerings have only become more exclusive 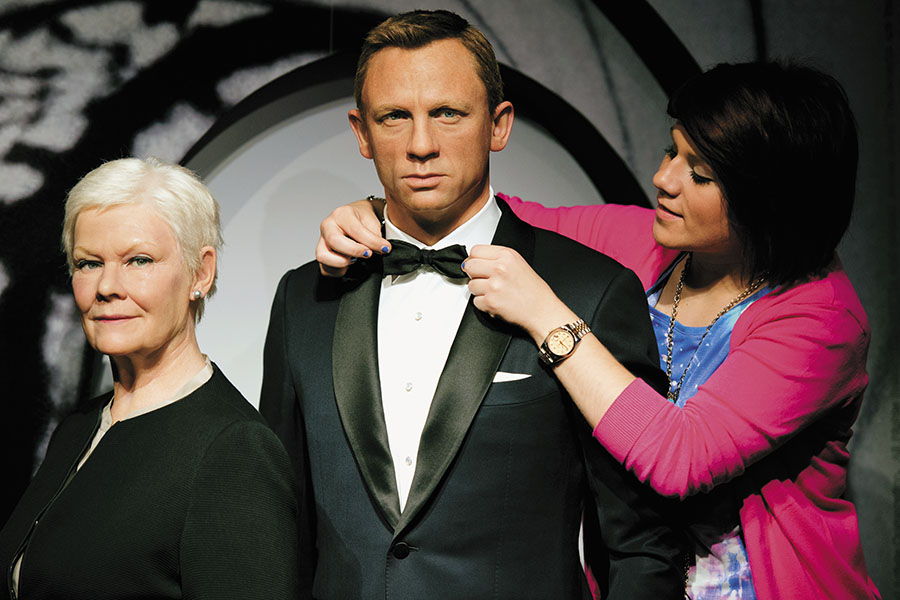 A wax statue of Daniel Craig, who played James Bond in Skyfall. A concierge services provider once turned their client into Bond and used hotels that were used in his movies
Image: Leon Neal /AFP/ Getty ImagesConsider this. You want to propose to your girlfriend and you want it to be a rather private affair. But you are also looking for a grand gesture. How about on the Sydney Harbour Bridge? Too public? Or shutting it to the world for a while as you create a memory worth cherishing?

It’s what Quintessentially Lifestyle, a UK-based concierge company founded in 2000, recently did for a client.

While concierge services have been around for a while, making life easy for time-strapped individuals, taking care of everything from walking their dogs to picking up their dry cleaning and making arrangements for travellers all over the world, whether it be last-minute restaurant reservations or access to clubs, parties and special events, it is such bespoke experiences that they have come to epitomise with their elite memberships.

And from arranging a romantic dinner on an iceberg to rides on the back of MotoGP bikes, they don’t just organise what someone wants but also anticipate their needs or suggest experiences they’d never have thought of.

Take the instance of a woman who wanted The Bluefish, a US-based concierge service, to organise something special for her husband’s birthday. “He was a senior executive at one of these social media companies,” says Steve Sims, founder of The Bluefish. She had mentioned he liked golf and the firm came up with a plan. “They were in America, so we were thinking of flying them to Scotland or Portugal.” But during the course of their conversation, Sims learnt that the husband’s passion for golf was fuelled by his love for James Bond. Sims then decided to do away with the original plan and suggested a new one. “We transformed him into James Bond for a week,” he recalls. And it wasn’t mere role play. An entire story board was put in place, where they flew from London to Monaco to Russia, and used hotels that had been used in Bond movies. There were sports cars, speed boats, jets, shooting practice and they even had ‘spies’ walk up to him and say–‘You’re back, Mr Bond’!

Not everyone would want to be Bond, but his penchant for privacy is shared by high net worth individuals and celebrities alike. It’s no surprise then that along with exclusive, custom-made experiences, concierge services also promise confidentiality. From designing itineraries to offbeat places to reducing the chances of recognition and even booking the entire property, concierge services can go as far as it takes. 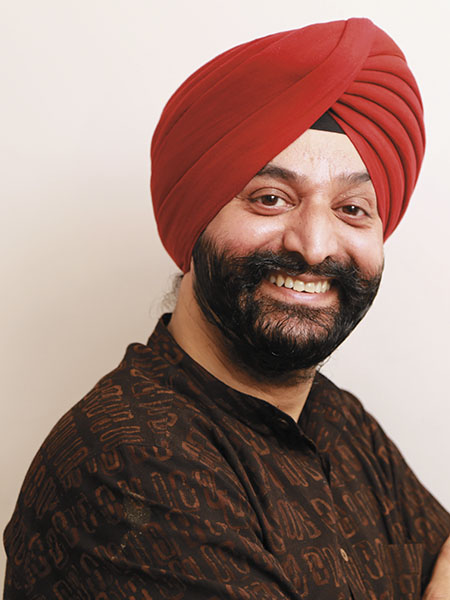 “As a policy, we never share details of trips with any individual or organisation,” says Dimple Singh, executive director, Luxe India, a concierge service based in India. For instance, he says, “A famous Spanish footballer and his parents were travelling to India and as per protocol, their identity was kept confidential. No one, except a handful of people who were managing their trip, ever came to know of their visit to India.”

While passport details have to be shared with the hotel for security reasons, the concierge services ensure that these are shared only with the hotel’s general manager, with an assurance that very limited people will have access to the information. Sims of The Bluefish says it is not unusual for them to “ghost” a client. “This means everything is booked and planned using a fake name. From hotels to restaurants, we often have fun making up names, like using an ex-girlfriend’s or our mum’s/dad’s name,” he says.

Concierge services are able to manage all this because of the relationships they build—not just with clients but also with those who provide the services. “This entire business is about relationships… with the client, and with the vendor,” says Sims.

“All clients are invited to speak with a lifestyle manager to ascertain their exact needs and requirements,” says Arman Motiwalla, CEO of One Concierge, a global concierge services provider. “Our lifestyle managers understand the client’s likes, dislikes, preferences, goals and needs, and help curate a plan that centres around their requirements,” he says. “If a client is interested in art, we inform them of new gallery openings; if someone is interested in opera, we tell them about future performances and secure the best tickets; if someone is an avid restaurant-goer, we keep them updated on new openings and get them access to the best tables,” adds Emyr Thomas, founder of London-based luxury and travel concierge service Bon Vivant.

It is this intense vetting of clients that helps preempt what the consumer might want. The Bluefish also conducts phone or Skype interviews with people interested in becoming their clients to ensure it’s the right fit. Their client base, says Sims, is currently just over 2,500 worldwide because they prefer to do a lot more for a fewer number of people.

“In the early 2000s, the concierge market was dominated by large players, but towards the end of the decade, the industry became far more focussed on smaller companies that took on fewer clients and emphasised on providing personal, tailored services,” adds Bon Vivant’s Thomas.

Motiwalla of One Concierge believes that vendor relationships and tie-ups are an intense process too. “Over the last eight years, our business development department has been responsible for setting up thousands of relationships with various partners around the world ranging from restaurants and hotels to fashion houses, celebrities, entertainment conglomerates and more. To continue to offer this experience, our team constantly needs to curate and establish new relationships,” he says. 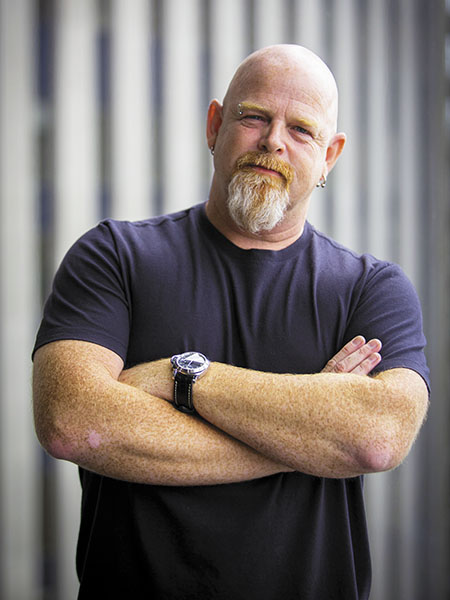 The expertise comes at a price. Most companies have different levels of memberships, from the basic to the elite. Quintessentially, for instance, has three tiers that include a Dedicated Membership (Rs 3 lakh per annum), a Bespoke Elite Membership (Rs 10 lakh per annum), and a Global Elite Membership, which is available by invitation only. The Bluefish admits a member after they’re deemed fit for entry, at a cost of $5,000 (about Rs 340,000). One Concierge, meanwhile, offers several on-demand offerings that don’t require the user to be a member. But its top offering is the Aurae lifetime membership, which includes an Aurae couture jeweller-crafted 14K solid Gold MasterCard. The service includes everything from dedicated account managers to brand and image management services for its members. The price of admission: $25,000 (about Rs 17 lakh) onwards.

Naturally, when it comes to the world of bespoke luxury services, borders are increasingly irrelevant. “I used to think that each marketplace was different. But I have realised that far from it, the clientele wants to have a reliable source to be able to know who they can trust, where they can go and what they can do. [It] doesn’t make any difference whether you are in Japan, London or in the middle of India,” says Sims.

India’s luxury industry is estimated to be worth $18.34 billion in 2016, according to an Assocham (The Associated Chambers of Commerce and Industry of India) study released this year. And the demand for exclusive concierge services is the same as in any part of the world.

“The nature and type of requests placed are very much at par with global counterparts,” says Kanika Gogna, director-marketing, PR, and brand alliances-Quintessentially India. Members in India, however, are discerning individuals who may be more demanding and seek instant gratification, and inherently want “value for money” more than their global counterparts, she adds.

While primary requests for Quintessentially pertain to categories like practical aid, access, dining, travel, sourcing of unique items in India and globally, over the last two years, Gogna says, there has been more emphasis towards seeking ‘experiences’. These can sometimes be shockingly extravagant: Bon Vivant’s Thomas was once asked by a woman to arrange for her to go to the opera with Prince Albert of Monaco. But they also include relatively demure travel requests such as witnessing Aurora Borealis (or the Northern Lights) in Norway, observing gorilla wildlife in Uganda, cherry blossom in Japan, or visiting the Black Forest
in Germany.

As the client evolves, concierge services, too, continue to evolve on the basis of their needs. And though newer technologies like virtual reality might be used to allow guests to walk through a hotel or an experience, look around and immerse themselves into what a place looks like, says Sims, they will continue to remain relevant, because it will always be about “less technology, more communication”. “We offer personal, tailored services to each client based on our own experience and from talking directly to the client,” says Thomas. “That’s something you can’t do with technology.”

(This story appears in the 09 December, 2016 issue of Forbes India. To visit our Archives, click here.)