The Narendra Modi-led NDA regime is the most proactive and business-friendly government in the last 30 years, believes Ajay Shriram 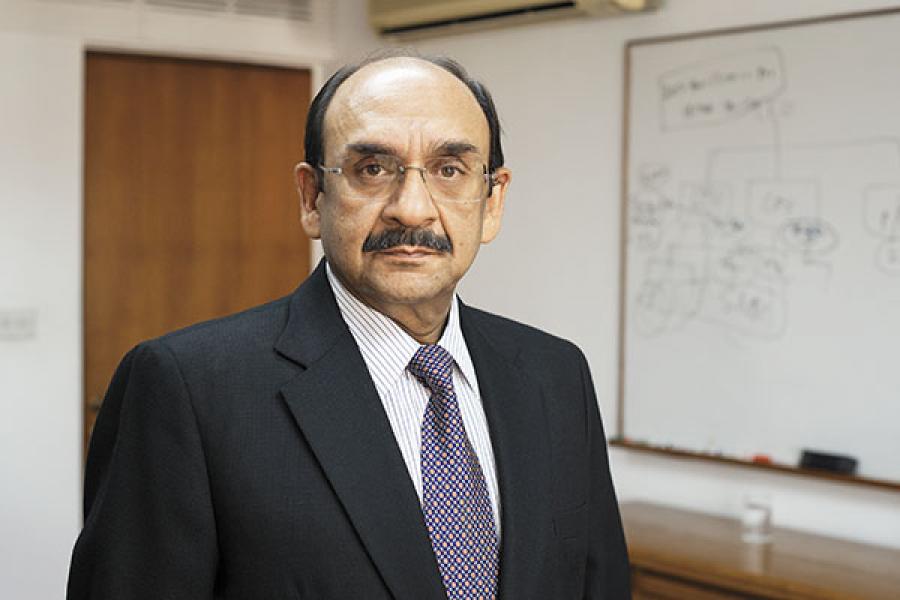 Ajay Shriram, chairman and managing director of the Rs 6,000 crore DCM Shriram Ltd could not have asked for a better time to serve as president of the Confederation of Indian Industry. He took charge in April 2014, a month before the Narendra Modi-led NDA government swept to power with a clear majority. Hopes were high that the overwhelming mandate that Modi got would replace policy paralysis with good governance. Has the government delivered or veiled the expectations of the industry? In an interview to Forbes India, Shriram who, in his tenure as the CII President (it ended on April 5), worked very closely with the government, says it has taken several progressive steps since it came to power. Excerpts:

Q. What would you say were the highlights of your tenure as CII president?
We have had a tremendous interface with the government. A detailed study was initiated a year ago on the ease of doing business. I think that has got accepted across the board. We have made a number of presentations on the ease of doing business to a number of departments in the government, including the prime minister's office.

Secondly, I think our theme for this year was appropriate for the economy. It was about accelerating growth and creating employment and under that, we have focus areas on ten different verticals. I chose this theme considering the need for economic growth and need for job creation. I am happy this theme resonates well with government thinking.

Third, on skill development, we have done a lot of work across the board. To be honest, there are so many highlights such as Swachh Bharat, ease of doing business, international business. I was privileged enough to make our representations for two budgets in July last year and February this year. We are happy that the government accepted many of our suggestions such as REITs, infrastructure investment, dispute resolution, transfer pricing. We, in fact, recommended health insurance for universal adoption which the government has done. CII is deeply involved in the Make in India initiative.

Q. But, the budget was criticised by some as being pro-corporate and anti-poor.
I don't agree with that. When has it ever happened that there is an accident insurance scheme at Rs 1 a month for the poor man on the street? When was it that you pay Rs 25 a month and you get death insurance? When was it that you had 1,20,000 bank accounts opened under the Jan Dhan Yojna scheme? This budget talks about proper targeting of subsidies. The PM and finance minister have said they want every village to be connected digitally and they want a bank account for every Indian.

What more inclusivity can you get? Unfortunately, industry has become a bad word. I want to ask people who keep saying this that unless you have economic growth, where will jobs come from? Do you want to go back to stone-age and live on doles and keep everyone poor? Unless economic activity grows, we can't add wealth to the nation and give people an opportunity for jobs through skilling, education and investment. That is how they will become a part of the spending power of the country and add to the economic growth. Even communist countries in the world are realising the need for investment to grow economically. Look at what China has done in the last 20 years.

Q. Is there a feeling among India Inc that a lot more could have been done in the past 10 months by the Modi government?
More is always desired. In the last 8-10 months, we saw movement on FDI, GST, financial inclusion, focus on manufacturing, on auctioning coal blocks, defence sector, railways and larger transfer of money to states. When has this happened before? Changing the mindset of people takes time and it has to happen not just in Delhi but in all states. Investments too don’t happen in New Delhi. It happens in states. The government's approach for cooperative federalism is a positive move. If you notice, Niti Aayog is a body with all states as members.

Q. What more do you think can be done?
More pressure should be put on implementation of infrastructure.

Q. The budget has clearly opted to boost infrastructure spending by easing fiscal consolidation? Is this going to work?
I think it is a logical direction to take when you plan a change in financial policy. When it happens by default, it is cause for worry. But, when it is a planned policy of deferring fiscal deficit target by another one year, there is no harm at all provided money is used where it is supposed to go.

Q. How important are reforms in areas such as land acquisition and labour laws?
I think it is very important to amend the land acquisition law. The government has laid down certain levels of remuneration to people from whom you want to acquire land which is very fair. It is four times the market price. This government is saying for three or four specific uses, land acquisition should be done faster with less social impact study and less percentage of people's consent involved.

Q. Are you happy with the land acquisition bill in its current form?
The modifications suggested to the bill make sense. I hope the government makes it practical because if you don't have land, you can't grow. The consent part must be made practical and they will have to figure out the right percentage of consent required to acquire land. There must be enough compensation for land owners, relocation for land owners, etc.

Q. Are you seeing a significant change on the ground when it comes to ease of doing business in India?
Oh yes. Four months ago, our board (DCM Shriram) took a decision to double the capacity of our caustic soda plant in Bharuch in Gujarat. The law lays down that even in an industrial estate where there are 50 factories, you have to have a public hearing with villagers around the location if you want to expand. We wrote on behalf of the CII to the government, saying that if you already have an industrial estate, there is already economic activity going on, what is the logic in spending two to three months in taking the consent of villagers. We told the government about it. The government accepted this and they changed the law.

Q. Has business confidence among your members improved after the Modi government came to power?
Three quarters ago, the business confidence index was 49 and the latest survey shows it is 57.5, so it has definitely gone up. There is a sense that change is happening. There are structural changes happening to make the foundation stronger, so it may not show up tomorrow but if the government gets this right, we will see sustained growth.

Q. Do you think inflation has been largely brought under control?
As far as industry is concerned, we feel quicker lowering of interest rate will give a boost to industry. Considering that twice in the last couple of months, the RBI has reduced interest rate, we hope the trend will continue. I think the government has done a good job in managing inflation which no doubt has been helped by oil price reduction too.

Q. There are fears that the government’s effort to curb black money vests too much power in the hands of the taxman.
Curbing black money is required. The details of some of these laws are still being worked out. We would like to see clarity on various ambiguities. Today, they put a limit of Rs 5 lakh. Now someone has worked outside and accumulated funds. How will they bring it in? There is a need to have clarity on the tax system so that there is no ambiguity and discretion for misusing the law.

Q. The Modi government completes a year in office. How do you rate its performance?
I can't think of any government in the last 30 years which has moved on so many fronts and so fast to bring about a change. What I like, particularly, is the transparency of the government. The finance minister has said that we (the government) are both pro-industry and pro-people. These are positive indicators.

Q. When do you see Indian economy growing at a faster pace?
The first four years of the UPA government had an average of 8.8 percent GDP, the second four years had an average of 7.7 percent and in the last two years, the growth came down to 4.6 percent. To bring it up again is a challenge in itself, but the government has moved actively to get things going. This year, the economy is expected to grow at seven percent. Next year, we will see eight percent growth. In the next three years, we will see double-digit growth in GDP and we need that growth to take people out of poverty. We require jobs and investment to give a better life to people.