The company's key to success in India will be to stay within reach of the customer. It has taken the first steps in that direction 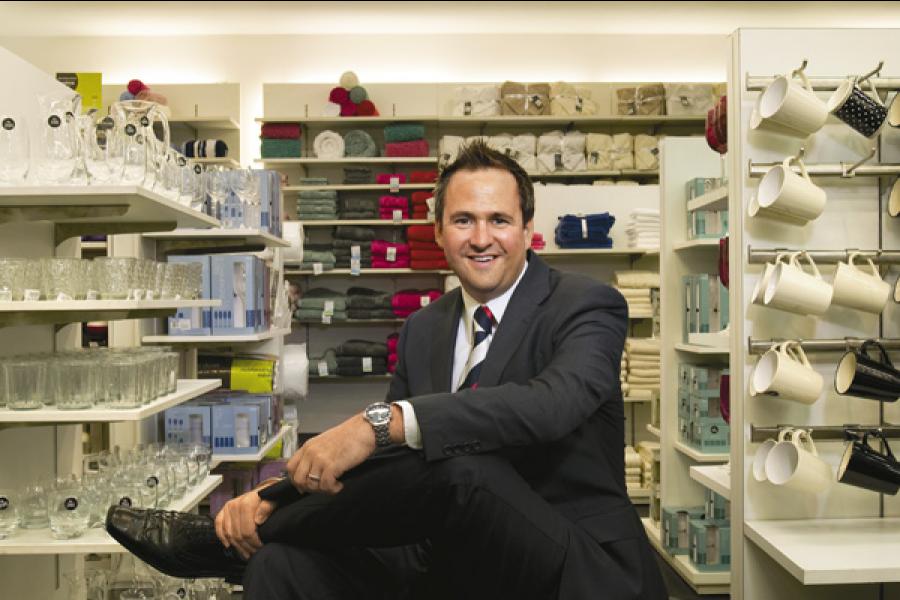 Neerja Sinha, 43, a senior executive with a private bank, is a recent convert to the Marks & Spencer (M&S) outlet at Phoenix Mills, Central Mumbai’s bustling mall complex. Sinha, who has never been to an M&S store overseas, is now addicted to its not-so-busy ambience and the distinctly upmarket feel. She drops in at least once a month to buy stuff worth a few thousand rupees for her home and kids. “The store has really become affordable in the last few months,” she says.

Sinha is exactly the kind of customer who will make Martin Jones, the new head of M&S’ India operations, happy. Over the last 30 months, the very British 9.5 billion pound shopping chain has been trying very hard to shed its exclusive and expensive image to make itself more accessible to Indian shoppers. Importantly, in the next 30 months, it is customers like Sinha that M&S will try to attract to propel its ambitious growth plan.

Early results are heartening. Though they won’t talk specific numbers, a senior executive says that some stores’ sales have increased 25 percent since the decision to change was made. Fifteen months after the repositioning, M&S is quickening its growth plans in the country.

Jones wants to nearly treble the number of stores to 50 from the current 18 by 2013. Store sizes are consistently increasing and M&S will now also be in smaller and fast growing cities across the country. Though M&S owns its Indian venture jointly with Reliance Retail, its expansion here will be its boldest bet in any emerging market. In China, another fast-growing market M&S directly invested in, the company is said to be still struggling with the first store that it established a few years ago in Shanghai. “There is great hope in the headquarters that India may well be their biggest emerging market success,” says a senior M&S executive, who did not wish to be named.

The intent appears serious so far. From 2000 till 2007, M&S in India was run as a franchisee operation. Its local partner, Planet Retail, put up the stores and purchased merchandise from UK and sold it here. M&S did not want to risk its capital in lieu of a cut in margins on the products it sold the franchisee. It also allowed Planet Retail to have smaller stores of 5,000 to 8,000 square feet, compared to the international norm of 15,000 square feet plus stores. All this has changed in the new scheme of things.

M&S parted ways with Planet Retail — a franchisee who still runs its store in Indonesia — mainly on account of the pace of expansion it wanted in the country. It was also committed to change the biggest road block to its growth in the country — a perception that its merchandise was way too expensive for its target audience. The brand was being perceived as much more premium than it was in the UK.

Jones’s predecessor Mark Ashman, who was the first M&S head of the Indian venture, quickly picked the low hanging fruit. Earlier, M&S’ franchisee imported clothes from UK, paid duty and put them in the stores here. With import duty at over 50 percent, its clothes seemed unaffordable compared to competition. Says Jones, “When we took over the business we took a call to source more product from the South Asian region. At the time just about a single digit percentage of products were locally sourced. Now it is 42 percent. We intend to take it to 70 percent eventually.”

Ashman was also instrumental in making minor changes to merchandise to make it more appealing to the Indian customer. M&S shirts sported a pocket for the first time, and ladies shirts got longer. This was the first time M&S localised its offering. Based on the success of these experiments, M&S is now implementing similar changes in parts of Europe and China. “The tricky part was to prove that customers liked what we did and that this did not prove to be a risk to the brand,” says an executive, who was part of team that bought in the changes, There was also a feeling that M&S could have had a better brand standing than it currently had. Benetton, which also started as a franchised operation, went independent around the same when M&S came to India. Benetton is now considered more popular, as it had a longer time to implement its 'brand-strategy'.

When M&S parted ways with Planet Retail, one point of disagreement was the size of stores that were already in the country. The franchisee believed that larger stores in smaller cities were unwarranted, given the sales from existing stores. M&S executives felt that having smaller stores would not give the intended experience of the brand. In Mumbai, M&S doubled the store size, a feeling that shoppers like Sinha resonate with now. Store sizes will be upwards of 15,000-25,000 square feet even in tier II towns like Pune. In Amristar, however, the company has gone back on this strategy as it has opened a 7,000 square feet store recently. “M&S will have to tweak even some of its core propositions eventually,” says an industry expert.

In the UK and even in China, M&S gets a lot of revenues from food and beverages, though that line of business is still not functional in India. To enlarge the portfolio, M&S has introduced two new lines of business: Home and kids. Though sales from these lines are still insignificant, and company executives say both categories have had steep learning curves, the company is establishing sourcing links to get cheaper products into the shelves. The idea is to slowly bring the overall M&S experience into India rather than set revenues clicking right away. Says Jones, “We are not trying a build a business only around customers who have been to M&S  in the UK. Everything we are doing with product proposition, customer experience and store design is aimed at targeting the mid market Indian consumer in a way that is relevant and appealing to them.”

Will M&S’ new-found fervour guarantee a profitable business in the next five years? Experts feel that it may be too soon to give an answer. Already, their growth plans have been hampered by delays in store opening. Competitors like Esprit are learning the business quickly. Esprit bought down the retail price of its cotton shirts directly sourced from Vietnam by Rs. 1,000 over the last one year. It is also putting in place a local sourcing mechanism. Jack & Jones, the popular European sportive brand, has also begun bringing locally sourced products. The key, therefore, will lie in positioning its brand firmly in the Indian customers mind.

Devangshu Dutta, CEO, retail consultancy Third Eyesight says, “In the UK, they are firmly in the middle of the market. Their new strategy to have more mass merchandise in India should not alter that.”