Will Manesar-style labour unrest spread to the rest of the country?

There are four actors who should address the four factors behind the breakdown of employee relations, says Visty Banaji 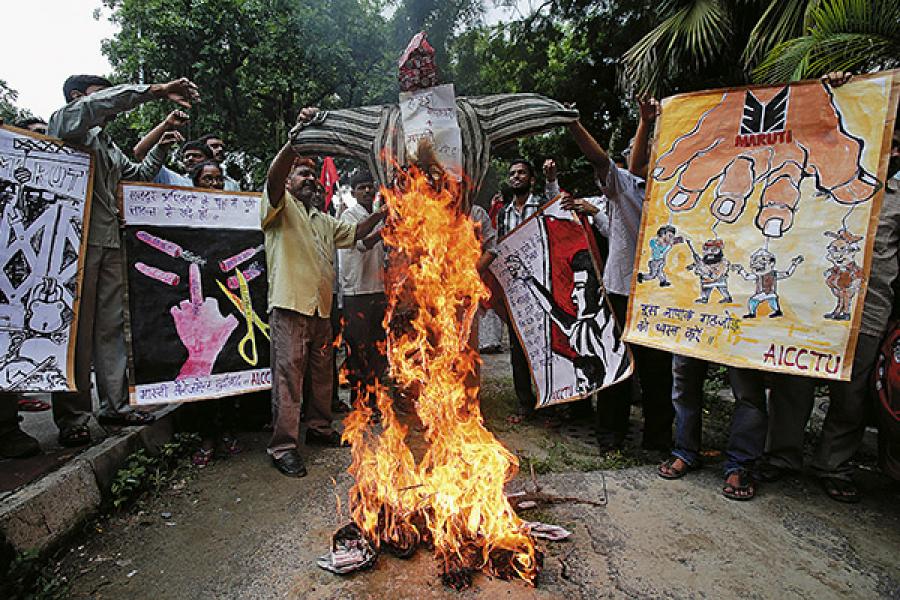 Image: Adnan Abidi/ Reuters
Trade union members hold demonstrations against the sacking of workers at the Manesar plant. Worker dissatisfaction often does not have constructive outlets

I am using ‘Manesar’ as a convenient shorthand for a catastrophic breakdown in employee relations. What happened in that particularly tragic event is unknown to most of us. I am trying to tease out the generic lessons and causes of such breakdowns, not the unique events that triggered the violence there.

Manesar was not the first time we saw industrial disharmony degenerate into violence. In November 2010, an HR executive at Allied Nippon died after workers attacked him. In 2009, Pricol’s HR vice president was murdered in Coimbatore. In 2008, an Italian CEO was beaten to death. Such episodes indicate there are underlying causative factors, and that we have not eliminated them to any significant extent. Despite the so-called waking-up post Manesar, there is no apparent reason to believe such explosive situations will not recur.

There are four causes and four actors behind such unrest. Let me explain this with a modern parable.

On May 6, 1937, the hydrogen-filled Hindenburg airship burst into flames over Lakehurst, New Jersey. Subsequently, the more expensive and less efficient helium was mandated to fill airships. Let’s transpose this to our context and imagine that airships remain a key means of transport in India.

A revenue-hungry government, prompted by a lobby of hydrogen manufacturers, raised duties on helium so that airship operators had to switch to hydrogen to compete with other modes of transport. The safety authorities were ‘managed’. But the airship operators didn’t stop there. To reduce costs further they bought the cheapest hydrogen, with impurities that raised inflammability. Moreover, they didn’t have skilled operating and maintenance engineers, whose experience might have partly reduced the dangers of using hydrogen. The need for rapid turnarounds at docking ports also meant quicker—but riskier—procedures were forced through.

After several airship disasters, questions about who or what was responsible began to be asked:

Let’s now come to the subject at hand and apply our analogy.

We begin with employee relations policies. Our labour laws are archaic, and, given the attitudes of unions, are likely to remain so. The laws do not allow flexibility to increase or reduce workforces as the exigencies of business demand, and there is no ‘exit’ policy. The labour laws and the attitude towards administering them make it difficult to quickly make changes to improve productivity, deal with indiscipline or poor performance.

The policy framework may have made contract workers necessary for dealing with business fluctuations, but some employers increasingly resorted to them for reasons of cost. There were instances of them being paid a third of what permanent workers got. Suddenly, what was a moderate practice 10 years ago, caught on like wild fire, till it reached a point where companies had a workforce with 50 to 60 percent contract labourers. (The use of cheaper hydrogen although it was more inflammable.)

Over time, employee relations began to be treated lightly, because the militant unions of the ’70s were a thing of the past, and India was on a growth trajectory. It became difficult to attract talent to industrial relations roles. Also, a constant churn at managerial levels meant bonds did not form between them and the labour. It was sometimes the local don who managed the employer’s contract labour through fear and might. (A shortage of skills necessary for managing hydrogen-filled airships.)

Once organisations started competing against global players, some of them wanted to change the attitude of Indian workers. But when new practices were imposed in an authoritarian way there was burning resentment and, sometimes, fierce resistance.

Where unions had been defanged, worker disaffection had no constructive valve and the pressure became less containable. (The final spark came from risky work practices.)

What we have are the factors and the actors (government, employers, employee relations managers and unions) who are capable of influencing them. We should not call any one a villain. Each of them should improve or correct one or more of the factors.

Post Manesar, I don’t think much has yet been done to tackle the fundamental causes. To prevent its recurrence I don’t think we have a choice but to do so. 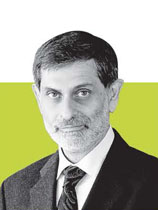 Visty Banaji is CEO, Banner Global Consulting. For more than three decades, Banaji has worked in the field of human resources at some of the biggest names in corporate India: Tata Motors, Godrej group and Alstom. He now runs an independent human resources consulting firm.