For IT giants, cloud computing delivers what it promises

As more corporate houses shift operations online, IT giants are facilitating the move and advising clients on business solutions 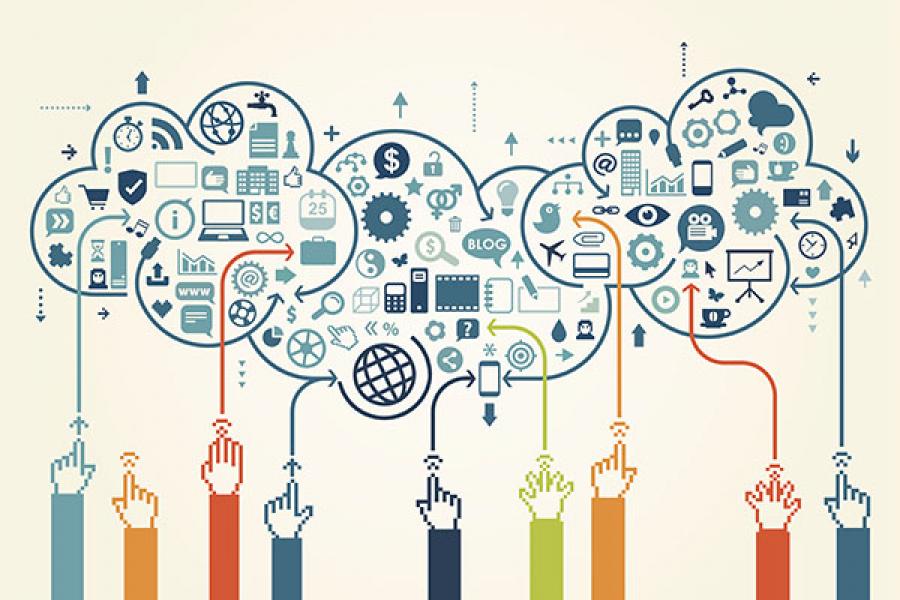 When Infosys president, now chief operating officer, UB Pravin Rao, announced in April that an Australian financial services firm had given the company the mandate to move a stack of software applications on to the cloud network, the statement went unnoticed. Rao’s characteristic matter-of-fact delivery didn’t help either. The move, however, is significant because it sheds light on how the Bangalore-based IT company is evolving as a technology services provider for companies who want to shift a part of their operations to the cloud. In this instance, Infosys has partnered with Amazon, the world’s largest cloud computing infrastructure provider, to deliver the Australian client’s order.

Cloud computing has been around for a quite some time, and goes as far back as the birth of email. But it’s only in recent years that companies have started renting servers and storage instead of purchasing hardware and running it at huge costs. And with more organisations—especially those that rely on India’s outsourcing infrastructure—transferring some of their IT work onto the cloud, companies such as Tata Consultancy Services (TCS), Infosys and Wipro have stepped up to facilitate that shift. They have positioned themselves as enablers between owners and renters.

A report published by IT research and advisory firm Gartner estimates that in India alone the market for cloud-based services will rise by a third to $557 million this year, and more than triple by 2018.

India’s IT giants are becoming experts at going in early, at the planning stage, and defining what their corporate customers ought to be doing to take advantage of emerging technologies. “They are playing to their strengths, which is services. Even in the cloud, they are in the services [area], specifically focussed on services brokerage,” says Arup Roy, research director at Gartner. They have the advantage of being experts at managing IT back-end for global customers, which will play a crucial role in the shift to the cloud.

At the most basic level, cloud computing is about renting processor power and data storage capacity from infrastructure-as-a-service providers such as Amazon and Rackspace. But the cloud also allows companies to rent the software that they use. Customer relationship management software from Salesforce.com is the best example, but even business management software, often called enterprise resource planning, is moving to the cloud.

Over the past two years, Infosys has been actively growing its cloud-based services business, using its Cloud Ecosystem Hub. This could well be the heart of its future. In its June-quarter results, Infosys announced that its cloud and big data business has executed more than 260 engagements, and has won 20 contracts in the last quarter itself.

It is building what will eventually be a full-fledged ‘app store’ for a European bank, and has already shifted a business management system onto a cloud network for an American manufacturer. A leading video game developer has partnered with the IT company to design, build and maintain a platform for mobile gaming.

A move to the cloud includes significant back-end benefits such as contestability. Contestability refers to comparing processor-and-storage combination A with another combination B and deciding which one is best-suited to run a particular workload. In a good cloud deployment, much of this can be done without any human intervention.

At the company’s Bangalore walk-through Experience Center, a short video demonstrates how the role of an IT administrator changes in a well-designed cloud system. Instead of chasing approvals for new computers or other gear for weeks, the IT engineer can monitor who legitimately needs what and ensure that it’s delivered in minutes. (All this can be done through the internet.)

This dashboarding at various levels of a company’s IT organisation is an important piece of the cloud ecosystem hub. It is more generically called a cloud orchestration platform because of the various services it ‘orchestrates’ on the internet. “We’ve taken a very enterprise-centric approach. What does cloud mean to the enterprise? What does mobility mean or big data mean to the enterprise? That is our pivot to defining our solutions and services,” says Vishnu Bhat, senior vice president and head of the IT company’s 4,000-member cloud, mobility and infrastructure management services unit.

The flip side is messy fragmentation of data as companies perform some operations on their own networks, and others on the cloud. A unified cloud experience is the ultimate goal, one that Wipro is also working towards.

Wipro is focusing on digital marketing services that can be tailor-made to suit a client’s needs. In April, it launched Wipro Digital Services, which will help customers define, build and deploy internet-based marketing campaigns. This is a lucrative market. IT research and advisory firm Offshore Insights estimates that marketing heads—who would love to reach the most relevant audience and help generate the most qualified leads for their salespeople—are going to spend some $37 billion through 2020 by outsourcing such buying related services.

“The inexorable switch to doing more on the internet is bringing down the cost of transaction,” says BM Bhanumurthy, chief executive of business application services at Wipro. This will even out the playing field. “Established players will face more competition and will have to make decisions on how they are going to address this reality,” he says. This could well mean more business for Wipro.

According to Bhanumurthy, even though there are plenty of challenges before companies can move big chunks of their IT on to the cloud, the real fun begins at the next level. “Hardware per se is great, but what’s important is what you do with it and what you do with it is build an application to run on it.”

TCS, too, has identified the growth of cloud-enabled digital services as a multi-billion-dollar opportunity.

It is investing heavily in multiple areas including mobile computing and is offering entire business processes as services on the cloud. Natarajan Chandrasekaran, CEO of TCS, told analysts in April that he expects cloud-enabled digital services to incrementally increase on a quarter-on-quarter basis in the foreseeable future. He said that the value of digital services contracts, which were once a few hundred thousand dollars, has gone up to multi-million dollars.

The one hitch that could impede a shift to the cloud is regulatory oversight, which remains a nebulous area. If the rules eventually become too stringent, they could kill the promise of what the internet can deliver. At the same time, the framework of regulations should also protect the customer and address all the nuances of privacy and consumer data protection.

“I worry about this, because cloud has such a big promise,” says Bhat.