Hindered by a stagnant economy, Indian VCs turn to international markets to get their startups global exposure 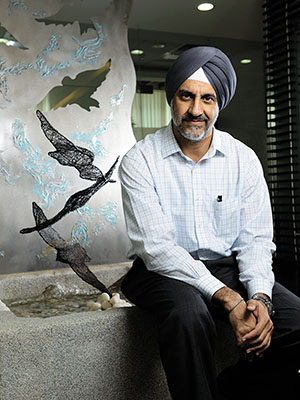 In 2004, venture capitalist Ashish Gupta quit his job at Woodside Fund in California, and moved to Bangalore. With global private equity players investing aggressively in India, he thought the time was right for venture capitalists (VC) to enter the fray, and co-founded Helion Venture Partners in 2006. After eight years and investments in more than 55 startups, Gupta— Helion’s founder and senior managing director— returned to California in June. Gupta has a new goal: To facilitate the access of his portfolio companies to one of the world’s most developed markets, one that has an ecosystem where startups can thrive.

“As companies become more tech savvy, having access to the US will be a very important requirement. We need to know the landscape of the US for better investment frameworks in India,” says Kanwaljit Singh, co-founder and senior managing director, Helion.

“The growth, which was assured would happen in India, didn’t pan out as we had assumed,” says Pravin Gandhi, founding partner of Seedfund, an early stage investor. “It’s not just market issues; India is a difficult place to do businesses in. This means that investors have to buckle up and hire talent. To create big, valuable businesses, one has got to look at mergers and acquisitions and penetration into new markets,” he says.

This is not something that VCs can do easily. Unlike their deep-pocketed PE brethren who are not averse to holding a majority stake in companies they’ve invested in, venture capitalists are constrained by their mandate. They can neither take management control of a startup nor change their investment strategies drastically in their bid for profitable exits. Most importantly, unlike PE firms, they do not have the financial wherewithal to acquire a majority stake in a company, target businesses for buyouts and merges, create joint ventures, or invest heavily in experts and seasoned executives.
PE firms typically invest over $15-20 million in a company, and their corpus for global funds can exceed $500 million. VC firms, on the other hand, invest no more than $5 million in the first round of funding, with the majority of transactions in $1-$3 million range.

VC investors say exits have always been their Achilles Heel in India, and they are vying hard to maximise returns. To remain profitable they have to identify new businesses in upcoming industries. It’s not uncommon for venture capitalists to aggressively scout the market for new trends and rush in to be the first set of investors. Accel Partners, for instance, was one of the first investors to identify the potential of ecommerce in India, and invested in Flipkart and Myntra. 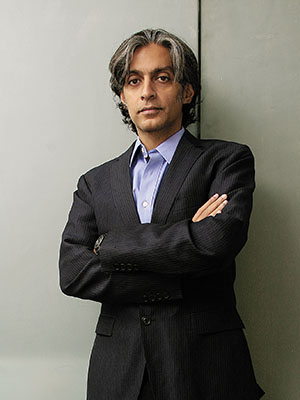 Image: Neha Mithbawkar
Sasha Mirchandani, founder and MD at Kae Capital
Today, it’s one of the biggest VCs in etail, and its portfolio also includes companies such as Zansaar (home appliances and décor), Zopnow (grocery) and Teabox (fine tea), among others. “We got our first exposure to ecommerce when the market was really small, around the time we invested into Flipkart. Since then, we have researched emarkets in the US, China and Russia, and conduct periodic studies of India’s overall ecommerce progress,” says Subrata Mitra, partner at Accel Partners, India. “We are looking to invest in other related areas such as payments, logistics, and customer analytics.”

But identifying new startups is not easy simply because there is a break in the pipeline of deals at a very early stage. VCs prefer to invest in a startup that already has an existing investor such as an ‘angel’. In India, however, there are very few early-stage backers. One of the reasons for this is “delayed gratification”, says Sasha Mirchandani, founder and managing director at Kae Capital. 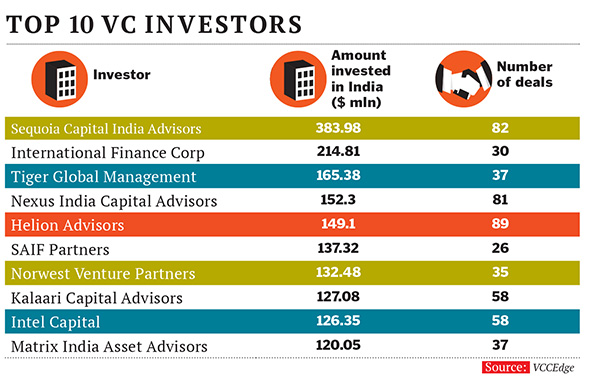 Early-stage investors usually have to wait for as long as a decade to get a return on their investment. (In India, Kae Capital, Blume Ventures and Seedfund are the three biggest early-stage players.)

A lot of VCs are also teaming up to invest in a startup. Apart from diversifying risk, two investors are better than one when it comes to due diligence and decision making. It also increases the pool of corpus available to the startup. With a larger corpus on its side, a startup is not distracted by scouring the market for another round of funding, which otherwise typically occurs every 18 to 24 months.

Helion has adopted this strategy; 80-85 percent of its transactions are co-investments. It invested in Yepme—an online apparel company—for the first time two years ago, along with another investor. Since then, Helion has invested in the firm twice. “We wanted to increase our exposure in the company. We want to reach a certain stage and then go to a larger investment firm,” says Singh.

While venture capitalists may have little say in the running of a startup, they have started working more closely with promoters. The good news is that the startup ecosystem in India has developed considerably over the last 10 years. There are more than a dozen incubators and accelerators, over half a dozen angel networks and hundreds of angel investors, many of whom are seasoned executives and successful entrepreneurs.

Tweets by @forbesindia
James Patterson: A mastermind of thrillers, and marketing
For IT giants, cloud computing delivers what it promises