The Hindu: Board Room Becomes Battlefield 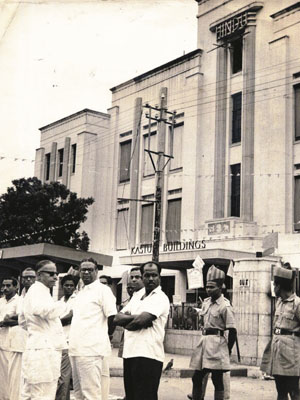 As the two mighty armies lined up against each other at the Kurukshetra, and as the celestial conches, kettledrums and trumpets roared to signal the beginning of war, Arjuna was suddenly gripped by dilemma. “O Krishna,” he wailed. “It is my own cousins and uncles that stand as my enemies today. How can I derive any pleasure from attacking them? Isn’t this war a sin?” But the omniscient Lord who rode Arjuna’s chariot would have none of his pre-war jitters. He reminded him of his duty as a warrior and told him that a battle fought for a higher purpose was sinless.

Chennai’s Anna Salai a.k.a Mount Road is no battleground and the most famous address on the road — headquarters of the 132-year-old English newspaper The Hindu — no monarchy. Yet, the second floor conference room of Kasturi Buildings presented an equally acrimonious spectacle on March 20. The board meeting represented by the four fourth-generation branches of the owners’ family started innocuously enough. On the agenda was a discussion on allocation of duties. But by the time the editor-in-chief and chairman, N. Ram, was done with his decisions, a full-blown reshuffle of the power structure has been effected. Some members of the family had been stripped of their responsibility, while others had gained fresh ground. Clearly, a battle of brothers for the overall control of the Rs.800 crore newspaper empire had begun.
At the receiving end on that day was Ram’s younger brother and managing director, N. Murali, who felt he had been “kicked upstairs” with a senior managing director designation while real powers had been shifted to cousins K. Balaji and Ramesh Rangarajan. Murali left the board meeting after four and a half hours of bitter argument and later heard that his elder brother had been quick to announce the changes through the company notice board. The news spread like wild fire among the 3,500 employees of The Hindu group and Murali had to react quickly. He wrote to them saying, “any communication purportedly removing my supervisory powers and departmental responsibilities is invalid and you may please ignore such communication.”
As the media got wind of the situation, statements and counter statements flew thick and fast, making it a very public dispute. But for its millions of readers, it was too much excitement that they couldn’t associate the paper with. “The Hindu always reminds me of an old maiden lady,” Jawaharlal Nehru had remarked once.
“...Very prim and proper, who is shocked if a naughty word is used in her presence. It is eminently the paper of the bourgeois, comfortably settled in life.”
But naughty words were indeed uttered in the course of the quarrel. Murali and N. Ravi, another director, accused their brother Ram of reneging on his promise to retire upon turning 65 this May and make way for younger members of the family. Malini Parthasarathy, 50, is waiting in the wings to edit the paper that she ran as executive editor in the 1990s. The fifth generation, in their teens and early 20s, are already beginning their careers in the paper and before long, would be vying for positions of responsibility. 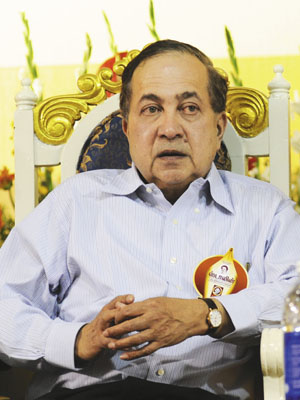 In a rapidly changing business environment that demands fresh leadership, Ram should let go, say his brothers. Ram and several other directors did not respond to interview requests and questionnaires from Forbes India. At stake in this battle is the future of The Hindu. The younger generation has already expressed the need for improving corporate governance including norms for hiring family members and separating the ownership from management. Fresh competition in its strong markets — the South, especially Tamil Nadu — and a fall in advertisements have already started to tell on revenues. The group must prepare for tomorrow, by expanding on the Internet and attracting younger readers. It must also respond to increasing complains from long-time readers about editorial bias. And as a media house that has routinely subjected the establishment to scrutiny, it must answer questions its own shareholders raise about internal democracy and fairness.


THE MAN IN CHARGE: Backed by the board, N.Ram has further consolidated his position at the Hindu. Image: The New Indian Express 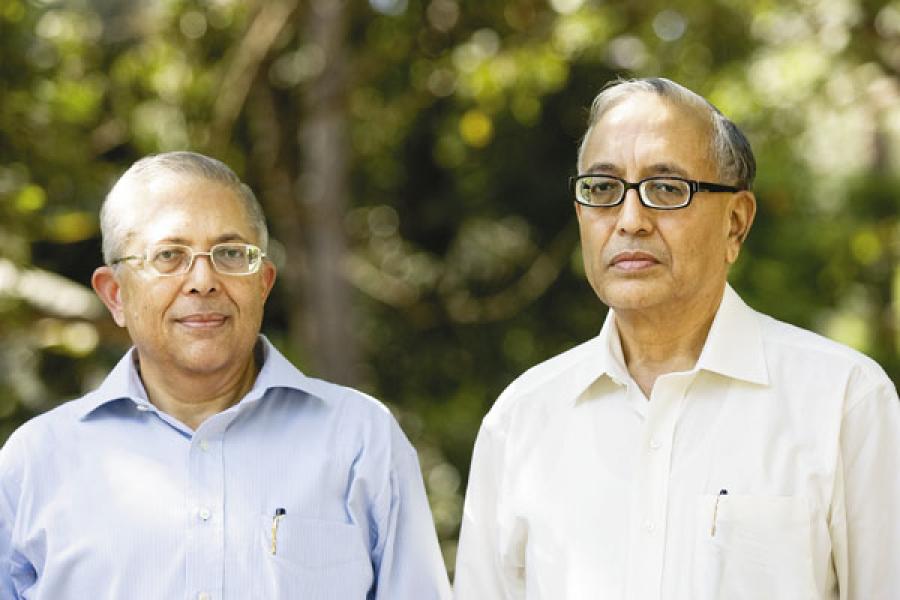 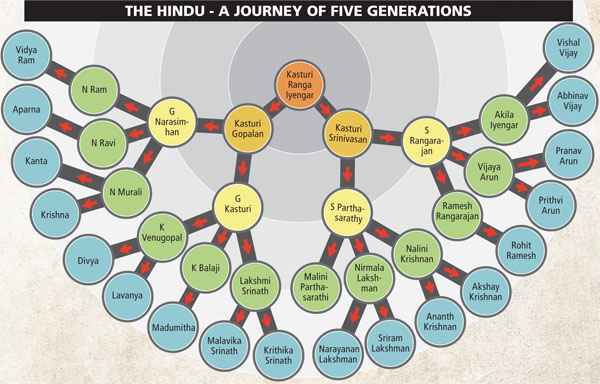 Illustration: Malay karmakar
“But then, when the issue came up during the next board meeting, Ram said, ‘you are springing this on me. I never said I will retire when I turn 65’. He reneged on his promise. I was surprised. Because when he commits something, he usually follows it,” says Murali.
Before the infighting erupted, the fifth generation members of the family, including the children of Ram, Ravi and Murali, had been wondering about the paper’s future. In August, they came together to write a letter to all the shareholders — their own cousins, uncles and aunts. The document — signed by M. Krishna, Akshay Krishnan, Ananth Krishnan, Narayan Lakshman, Sriram Lakshman, Kanta Murali, Vidya Ram and Aparna Ravi — suggested setting up an executive board with spots for professionals and a family board to separate ownership and management; it proposed hiring norms and performance frameworks for family members.
The board received it well and seemed to concur with its contents, says Kanta Murali. But subsequent events proved otherwise. The board appointed Ram’s daughter Vidya as the European correspondent of Businessline paper and Narayan, Nirmala Lakshman’s son, as Washington correspondent of The Hindu. For the other youngsters, it was a shock to see a couple of their own going against the spirit of the letter they wrote months earlier.
“I am completely disgusted by the happenings, to say the least,” says Kanta on the boardroom changes. “It’s obviously disappointing on a personal level since the changes affect my father but I am more concerned about the effect of this infighting on the 3500 plus non-family employees, whose contributions and loyalty have long been abused by the family as a whole, as well as the impact of recent events on the future and credibility of a 132-year-old newspaper,” the Princeton University student says.
For several weeks now, Ravi and Murali are not on speaking terms with Ram, despite living in the same neighbourhood. As things stand, Ram seems to have consolidated his position, with the board supporting him 9-3. Appointments such as K. Balaji as the MD and Ramesh Rangarajan as head of advertisements, besides the ushering in of young journalists, have been received well by the respective families. But a cross-section of employees reports an uneasy calm. Many who spoke to Forbes India anonymously say they would prefer to see some editorial changes.
The crisis couldn’t have come at a worse time for The Hindu. It’s still licking the wounds of the recent financial crisis. The company saw its revenues fall by 6 percent to Rs. 805 crore in 2008-09, while profits fell a whopping 84 percent due to rising costs. While there are signs of recovery, 2010 is expected to show further strain on financials.
The Times of India launched in Chennai in 2008 and has quickly ramped up to a circulation of 235,000 and a monthly ad revenue of Rs. 10 crore. Though The Hindu’s circulation in the zone is a steady 350,000 or so, the expansion in the market is being captured by rivals. Rahul Kansal, brand director of ToI, says that in a spectrum of high-brow to tabloid journalism, The Hindu occupies the high-brow end. ToI fills the gap in the middle in Chennai.
Diversification hasn’t really worked for Kasturi & Sons which depends on The Hindu to bring in 92 percent of the revenue. Businessline incurs an annual loss of Rs. 15 crore if costs are apportioned. This is the time the family should be fighting the competition not within itself.
Even Krishna can’t answer the question who gained from Kurukshetra.
(Additional reporting by Dinesh Narayanan)

Tweets by @forbesindia
Mughal-E-Azam: The Real Romance
May Day: The Day the Stocks Rose