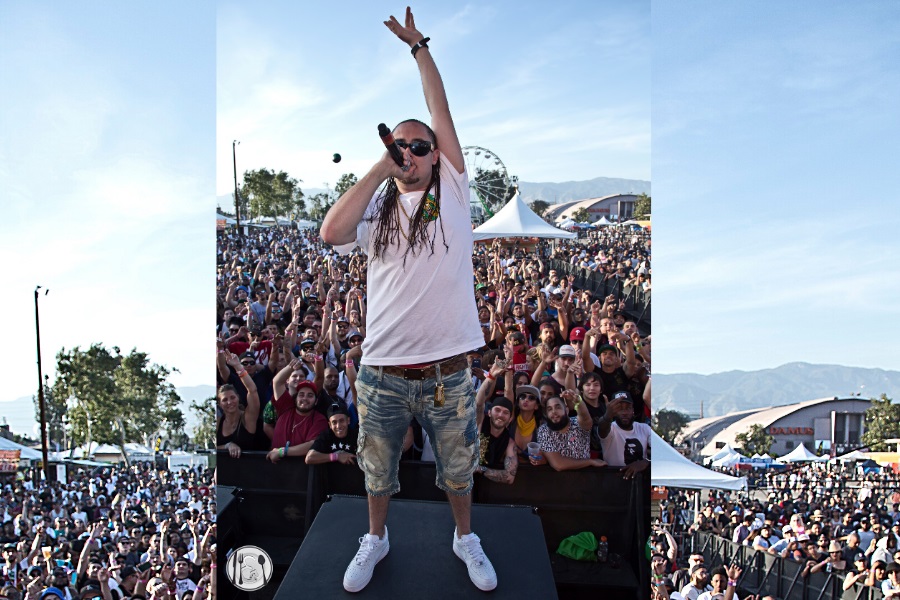 Loud Packs Jay, AKA Big Smokey is no stranger to success. Motivated by his modest upbringing and the hopes to achieve more in life, Big Smokey started pursuing different jobs and side gigs at a young age, hoping to find something that would stick. After several retail jobs, an abandoned rap career, and an earned healthcare degree that he would never end up using, Big Smokey finally started gaining some traction in the cannabis industry. Big Smokey would go on to become a pioneer in the cannabis industry, owning the brands of over a dozen award-winning products. After achieving major success in cannabis, Big Smokey moved on to his clothing line Loud Packs, which would hit the ground running. Loud Packs became prevalent in urban style, and received celebrity endorsement from big names. Big Smokey also dipped his feet into the restaurant business, where he currently owns two well-received BBQ eateries. After all of this, Big Smokey looked elsewhere to continue growing his empire. The music industry is where Big Smokey set his sights on, and it turns out he isn’t a stranger to the scene. Big Smokey spent years traveling around the United States as an event host through a VP of marketing position at California Finest and through a partnership with High Times Magazine. Through these gigs, Big Smokey would work main stages, hyping up crowds of over 30,000 people and working alongside major artists like 50 Cent, Lil Wayne, MGK, 2 Chainz, Trippie Redd, and the late Juice WRLD. He would grow a massive network during this time, and used it as a foundation for his latest entrepreneurial effort: Big Smokey Productions. He is working with all kinds of artists and genres. Big Smokey is looking to recruit new talent in addition to his current artists, hoping to put them in a position of success. Through his connections in the music industry, Big Smokey is able to reach out and acquire big name features for his artists, as well as expose them to prominent figures in the industry. Big Smokey’s goal for these artists is to introduce them to publishing deals with companies like Empire or Warner. Aside from developing artists, Big Smokey Productions also runs a podcast and a radio show, both of which are ever increasing in popularity. In the future, the company has plans to keep expanding into different mediums, with an end goal of creating high-budget content for social media and television. Though it may seem ambitious, Big Smokey has proved himself time and time again by earning massive success across a handful of different industries. If that’s any indicator, it seems that Big Smokey Productions could eventually become a household name and rival the current music industry giants. You can find Big Smokey on Instagram here: https://www.instagram.com/loudpacksjay/ Disclaimer: The views, suggestions and opinions expressed here are the sole responsibility of the experts. No Forbes India journalist was involved in the writing and production of this article.