Are digital names for blockchain the next internet gold rush?

Data security, privacy & individual sovereignty on the current version of the internet is broken. 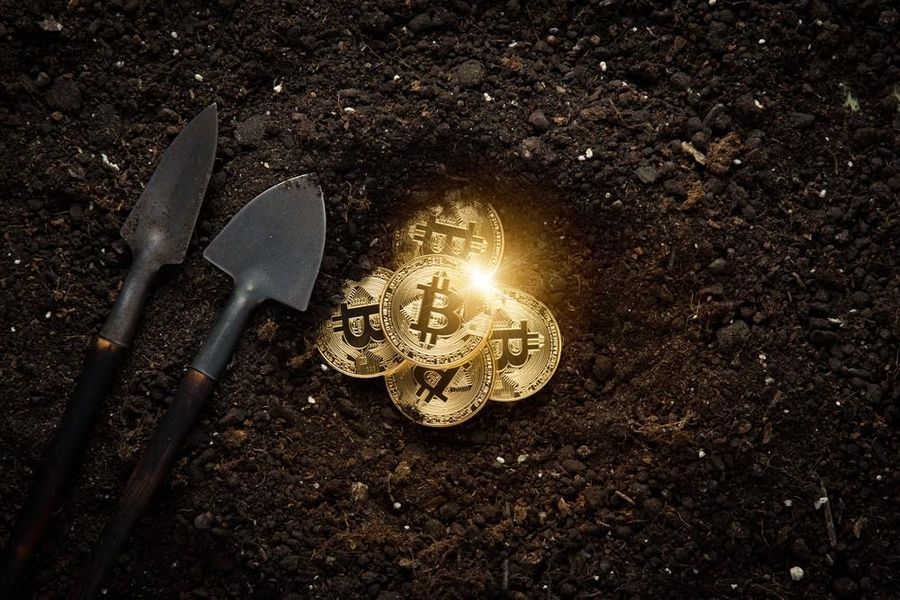 Identities and private information are being hacked and stolen at an alarmingly exponential rate. Bank fraud losses are in the hundreds of billions a year. New data privacy laws are raising the stakes for enterprises who run afoul of best practices.

As the problem increases in severity we also see a solution rising to meet the demand. The solution is what is loosely being called the blockchain internet.

A new ecosystem of blockchain-powered communication and transaction networks enhanced with unhackable cryptographic protocols that comprise the backbone of what George Gilder calls, “The Cryptocosm”.

Suffice to say, fortunes will be made by savvy investors who can get in on the “picks & shovels” startups that support the scaling of this new blockchain empowered internet.

The Cryptocosm isn’t a theory but a thriving ecosystem ready to take center stage.

The common denominator amidst all of that disruption is the user-facing digital wallet that facilitates cryptographic security and privacy.

The fly in the ointment, however, is usability.

As with any nascent technology, engineers build it and understand it first. Then early adopters and pioneers abstract away the complexity and simplify things for mass utility.

One such pioneer and fintech veteran is Thomas Carter, founder of DealBox, a platform that empowers issuers and investors to take advantage of the current digital transformation of capital markets being driven by the emergence of STOs or Security Token Offerings.

Thomas Carter on the current situation:

“With blockchain tech & cryptocurrency we aren’t dealing with a typical market adoption learning curve. Bitcoin was born of iconoclastic ideals and philosophy. If you were a technologist and you resonated with the philosophy behind Bitcoin then you would figure out how to use it. In other words, user-friendliness wasn’t ever a consideration until now”

According to Carter, user-friendliness and consumer education are the keys to widespread adoption of crypto currency and whoever holds those keys will command a unique position to help onboard the other 90% of the world’s population beginning to make their way along the adoption curve.

To that end, Carter and a consortium of blockchain centric startups have launched the “Make Crypto Easy” campaign to address the issues of usability in the blockchain space.

The crafting of the narrative and strategy around this ambitious consumer education campaign will be led by branding Guru, Jerome Conlon.

Conlon, who’s decades of marketing experience include working with brands such as Starbucks and NBC, is primarily known for his role in co-developing the iconic, “Just do it” slogan and wildly successful consumer branding strategy for Nike in the late eighties.

To transact on the blockchain digital wallet users need to manage an address consisting of a long, alpha-numeric string of characters that looks like this:

Surveys show that most users experience anxiety around using cryptocurrency wallet addresses. Due to the tamper-proof nature of the blockchain and the absence of a 3rd party in a peer-to-peer transaction, if you get the address wrong by even just one character there’s a chance that money being sent could be lost forever.

Just out of stealth mode, Florida-based startup, Total Network Service (TNS)  has solved this problem once and for all with a product called Digital Names.

Digital Names for cryptocurrency do what domain names did for the internet back in the 90s. Rather than remember a numerical IP address for a website you can simply type in www.google.com and arrive at the desired destination. With Digital Names rather than risk expensive typos while managing this: for $19.95 a year, you can register a user-friendly Digital Name like $cryptodad.btc to use instead.

The Digital Names solution creates a new internet to blockchain protocol known as the Crypto Naming Alias Service or CNAS.

Thomas Carter  had this to say about Digital Names –

“DNS was a game-changer for the early internet and helped drive widespread adoption. Digital Names is in a leading position to do the same thing for the blockchain internet. This is one of the most exciting investment opportunities we’ve ever seen. ”

By employing a simple network topology that sits on top of all the various disparate blockchain networks Digital Names offers a user-friendly bridge across the Cryptocosm.

The recent success of Digital Names is due in large part to it’s not being dependent on which cryptocurrency/blockchain gains more adoption or not. It solves a real problem for everyday cryptocurrency users and is simple to integrate into any blockchain-powered app.

The Digital Names system functions as an OTT (over the top) network layer to allow parties to securely communicate, authenticate and verify any blockchain-based transaction or digital identity without the cognitive load of managing a long, cumbersome address.

The DNS system catalyzed the widespread adoption of the internet by replacing IP addresses with human-readable domain names. Digital Names is poised to do the same for the emerging blockchain internet.

Domain names differ from Digital Names. Domain Names are used for websites. Not everyone needs a website.

The projected growth of this nascent industry is 5-6X bigger than the Domain Name Service Industry, which currently bills about $6 billion a year. Godaddy, one of the major DNS providers has a market cap today around $12 billion.

Digital Names is positioned to be the GoDaddy of the Cryptocosm.

The TNS system can manage several hundred million Digital Names and over 10k names have been sold so far. TNS is in discussions with major cryptocurrency wallet providers and exchanges regarding the integration of the Digital Names technology.

Other features included with Digital Names:

●    The ability to use one name for multiple cryptocurrencies ($cryptoguy.btc, $cryptoguy.eth, etc.)

●    A simple and affordable purchasing model

Interested in participating in this pivotal moment of technological evolution? To learn more about the current security token sale for Total Network Service please review the investor opportunity deck.

Thomas Carter, founder and CEO of DealBox, Inc; read about Thomas: "This FinTech Veteran Is Making Cryptocurrency Startup Funding Legitimate"; connect on LinkedIn and Instagram. Disclaimer: The views, suggestions and opinions expressed here are the sole responsibility of the experts. No Forbes India journalist was involved in the writing and production of this article.

Tweets by @forbes_india
Young entrepreneur Suhas Tejaskanda develops technology to save the lives of Indian soldiers
How to become a successful influencer? The best tips by Angelo Raguso